Who is Kwasi Kwarteng? New chancellor behind sweeping tax cuts

Kwasi Kwarteng has delivered his first “mini-budget” as chancellor, outlining tens of billions in extra spending and tax cuts as part of plans to boost economic growth.

The 47-year-old is a longtime ally of prime minister Liz Truss, who appointed him to the role on 6 September.

Unveiling what the government dubbed its “growth plan” in parliament on Friday, the chancellor axed the cap on bankers’ bonuses and scrapped the 45p income tax rate paid by Britain’s highest earners.

It comes at a time when the UK faces a cost-of-living crisis, recession, soaring inflation and climbing interest rates.

Here’s everything you need to know about the new chancellor:

Kwasi Kwarteng, full name Akwasi Addo Alfred Kwarteng, was born in the east London borough of Waltham Forest on 26 May 1975.

His mother is a barrister and his father an economist who both emigrated from Ghana as students in the 1960s.

He is an only child and began his education in a state primary school but was later sent to the independent prep school Colet Court in southwest London at the age of eight. It was here he won the prestigious Harrow History Prize in 1988.

Mr Kwarteng went on to Eton College before studying classics and history at Trinity College, Cambridge, where he gained a double first.

He also attended Harvard University on a Kennedy Scholarship before completing a PhD in economic history at Cambridge in 2000.

Mr Kwarteng appeared on BBC quiz show University Challenge in 1995. His team from Trinity College went on to win, but he made headlines after swearing twice on the programme.

The politician began his early career as a journalist, working as a columnist for the Daily Telegraph. He has also authored several books, including one about the British Empire.

Mr Kwarteng then moved into a career as a financial analyst at JPMorgan Chase among other investment banks.

Mr Kwarteng’s political career began in 2005 when he ran as Conservative Party candidate in the constituency of Brent East but he came in third behind the winning Liberal Democrat and second place Labour.

Five years later, in 2010, he ran for the seat of Spelthorne in Surrey and won.

During his maiden speech in Westminster, he demanded Labour apologise for the financial crash of 2008.

He replaced Suella Braverman as minister in the Department for Exiting the European Union in 2018.

The following year, he was appointed minister of state at the Department for Business, Energy and Industrial Strategy and added to the Privy Council after Boris Johnson became prime minister in 2019.

One of the few survivors of Mr Johnson’s cabinet, Mr Kwarteng was promoted from business secretary to chancellor of the exchequer on 6 September and unveiled his first “mini budget” on 23 September.

Mr Kwarteng was once in a relationship with Amber Rudd, who was home secretary between 2016 and 2018.

He married solicitor Harriet Edwards in December 2019 after proposing in Derbyshire. He welcomed his first child, a daughter named Ida, with Ms Edwards in October 2021. 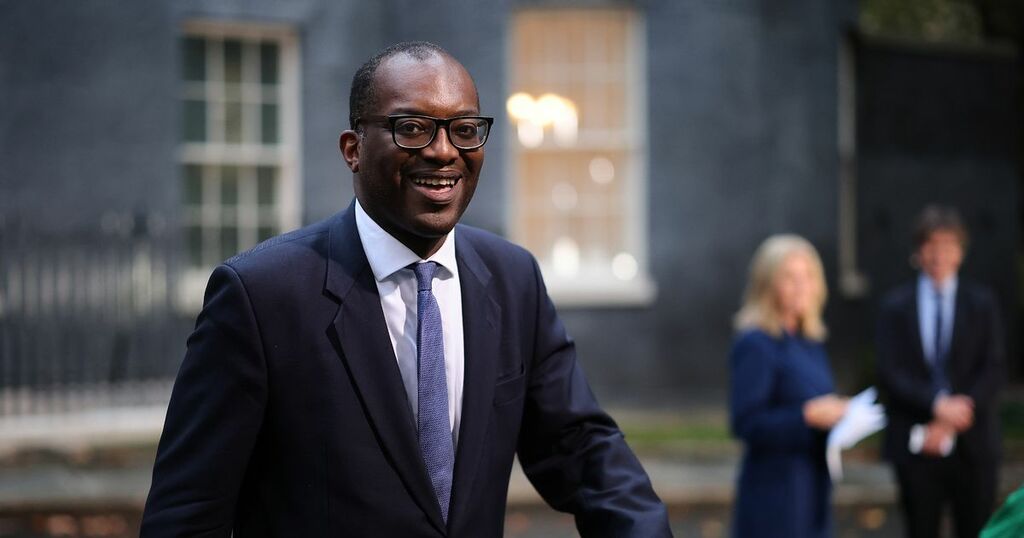 Who is Kwasi Kwarteng? Inside the Chancellor's privileged life and right-wing views
A long-time ally of Liz Truss, Mr Kwarteng appeared to be a shoo in become Chancellor once it was clear…

Daily Mirror
One subscription that gives you access to news from hundreds of sites
Who is Kwasi Kwarteng, the UK’s first Black chancellor?

And how does he plan to save the UK’s imperilled economy?

The pound plummeted yesterday after UK chancellor Kwasi Kwarteng announced the biggest raft of tax cuts for half a century,…