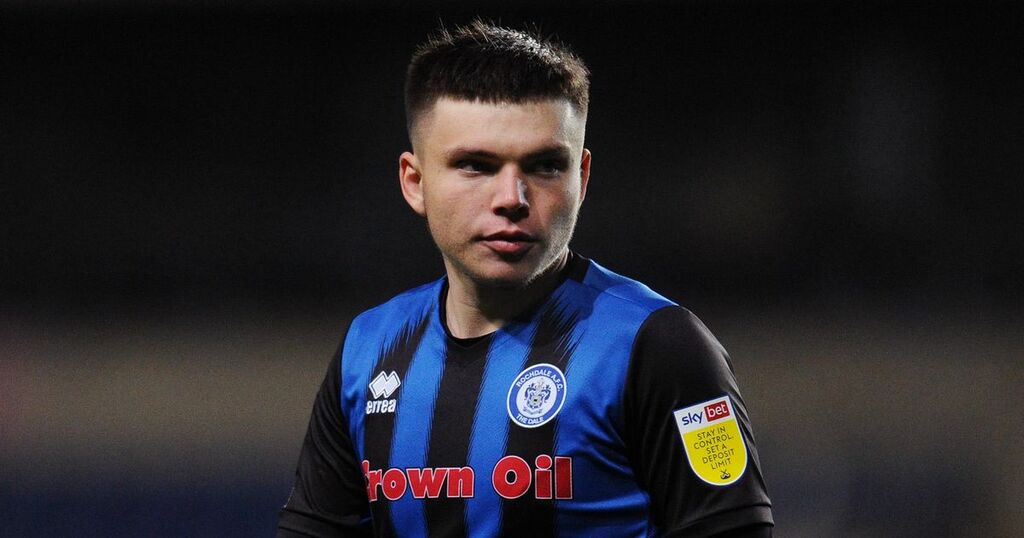 Bolton Wanderers look set to land their latest signing of the January transfer window with the acquisition of Rochdale midfielder Aaron Morley.

The Dale man is anticipated to become the third signing Wanderers have made in the January transfer window in a busy opening phase of the market.

Striker Dion Charles has joined on a permanent basis from Accrington Stanley, while defender Marlon Fossey has moved on loan from Fulham for the remainder of the campaign.

READ MORE: Bolton Wanderers fitness update on duo ahead of Wycombe and goalkeeper trial decision made

More acquisitions are set to arrived and reports are growing, such as that from Football Insider, that Morley is set to be the next through the door at the University of Bolton Stadium.

So who is the midfielder who could be the next signing made by Wanderers?

The midfielder was born in February 2000 and is 21-years-old.

The Bury-born player made his Rochdale debut in October 2016 against Notts County in the EFL Trophy.

He has gone on to play more than 120 times for the Spotland club and scored 10 goals for the League Two outfit, playing the majority of his games in League One.

This campaign, Morley has been a near ever-present for Rochdale, playing a total of 26 games in all competitions and scoring twice.

He was an unused substitute against Wanderers when Ian Evatt's side won 3-0 in the Papa John's Trophy at the start of November.

Morley will be out of contract at Rochdale this summer.