After "This Is Us" who can we cry with?

Whether viewed as an occasional pleasure or regarded as a weekly habit, for six seasons "This Is Us" has been a reliable reminder that it's OK to have feelings.

Maybe you reserve those sentiments for one character, or maybe the entire Pearson clan and their extended circle of love and support had you at the pilot, way back in 2016. To see it once is all it takes to understand why its departure from TV is still quite a big deal. To those ready to bawl their eyes out as the finale's end credits roll, maybe we should call it an ordeal willingly undertaken.

This is the very definition of emotional manipulation. Still, even cynics can't help but marvel at the efficiency with which it expresses our clogged emotional glands, usually completing the task in under an hour. "Generally I resent stuff like that, but damn if last week's episode didn't get me," a notoriously grizzled friend of mine admitted recently. And I had to reassure her that there's no shame in that, since that is precisely what "This Is Us" was made for.

RELATED: "This Is Us" is like "Black Mirror" for overly emotional people

But that's been amply established here and on plenty of other places far more dedicated to chronicling the Pearson family's bible as it played out in front of us. As we perch on the verge of dropping in on Randall (Sterling K. Brown), Kate (Chrissy Metz), and Kevin (Justin Hartley) one more time, we already have the answers to the mysteries the show opened with and sustained suspense about throughout its various leaps between past, present, and future.

"This Is Us" may be one of the last non-procedural dramas that transcends partisanship.

The first two seasons are constructed around the mystery of how their father Jack (Milo Ventimiglia) dies, and in the penultimate episodes, viewers said a final farewell to Rebecca (Mandy Moore), their imperfectly perfect mother whose slow fade into dementia accelerated until it became a brakeless train. The trick with these two and everyone else in the show is that there are no final goodbyes, another mechanism that effectively traps viewers in a perpetual state of anticipatory grief.

None of this is offered snidely or dismissively, by the way.  Rather, it explains the overarching reason why "This Is Us" may be one of the last non-procedural dramas that transcends partisanship.

The last such poll, recorded in February 2020 – an eon before the election, the denial of its result and the insurrection that followed – revealed it to be the second-favorite show broadcast show among Democrats and the favorite show among Republicans. There are many ways to interpret this. Everyone loves an inter-generational drama depicting the types of struggles we all go through.

And the Pearsons are very much written as the ideal blended family, one that incorporates a Hispanic stepfather and an adopted Black son who was left at a fire station and grew up to become a United States Senator. However, neither Jon Huertas' Miguel nor Brown's Randall is presented as living in a race-blind world. Randall, for example,  is the character I connected to the most as a casual viewer, alongside Susan Kelechi Watson's exemplary performance as his wife Beth, because he struggles with anxiety and crippling perfectionism. He and Beth support one another, and he fails her but steps up again and again.

His humanity, thoughtfulness and swells of empathy make him a dream politician: a man who truly cares about serving his constituents. (So yes, that makes him the right wing's picture of an acceptable Black man. The larger point is he's simply the type of person anyone would want in their lives, which is why Brown won an Emmy and a Golden Globe for playing him.)

And while the finale is unlikely to be the mass viewing experience that, say, a show like "Game of Thrones" was expected to be, all of this, the data and the long, heartbreaking character arcs, means the show is still the bonfire around which otherwise warring tribalists may gather in peace.

When a show like this comes to an end it is natural to scan the field and see which series may inherit its legacy, but the TV landscape is a tricky place right now. Streaming services are undergoing an identity crisis, with institutions like Netflix enduring their own version of a market correction.

Broadcast networks recently had their own pre-recession bloodletting a week ago, settling into the type of stability offered by medical and cop shows.  "This Is Us" is one of the few family-centered network shows that doesn't also function as a procedural,  or represent the revival or the continuation of existing IP, like ABC's "The Conners" or "The Wonder Years."  Those shows also sort through the challenge of marriage, family, careers, and children, but this drama crafted a distinctly soulful way to filter the elation, anxiety, frustration, and sorrow swirling through those corners of our lives.

It offered and still offers a vessel into which we might empty our twisted innards every week. And it comes by its catharsis cleanly.

The world has drastically changed since series creator Dan Fogelman introduced the Pearsons six years ago, mere weeks before the 45th president was elected. In those fretful, sleepless early days of that chaotic, divisive administration (elected by a constituency for whom "F**k Your Feelings" was a popular motto), "This Is Us" was a safe harbor for our collective mourning.

The absence of a true successor says more about us as a people, and what the people in charge of greenlighting TV series think about us than it does about "This Is Us." We the people are fractured, and predictably broadcast TV is responding by doubling down by serving us familiar brands and genres instead of making a play for some idea of shared humanity that doesn't seem to exist.

Nevertheless, there may be some comfort in knowing "This Is Us" is not the first or last of its kind. It stepped into the void left by the modestly-rated but extremely "Parenthood" and "Brothers & Sisters," shows that picked where relationship dramas that came before them dropped off. Executive producer Ken Olin starred in one of the best known of them, "Thirtysomething." (He also co-produced "Brothers & Sisters.")

Streaming services and syndication promise that we should always be able to find it until the next broad-appealing tearjerker reveals itself, whenever that may be. Until that happens we can at least take solace in the wisdom Randall's father William (Ron Cephas Jones) offers to Rebecca before her character takes her well-earned rest.  "The way I see it," he says, "if something makes you sad when it ends, it must have been pretty wonderful when it was happening." And if the joyful wailing is substantial enough, something like it will tap into that feeling again.

The finale of "This Is Us" airs at 9 p.m. Tuesday, May 24 on NBC. All episodes are streaming on Hulu. 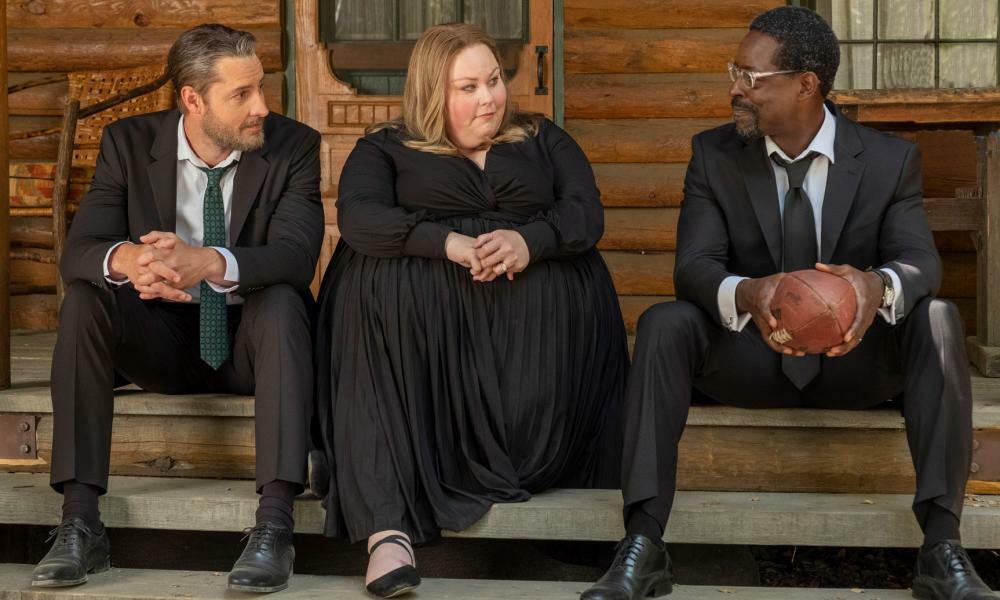 Farewell, This Is Us: the sensational schmaltzfest we all needed
The Pearson family saga has been comfort TV at its cosiest, full of twists, cheesy lines and fabulous characters –…

The Guardian - UK
One subscription that gives you access to news from hundreds of sites
This Is Us’ Mandy Moore is secretly the best actor on TV – why aren’t people talking about her?

The Independent UK
'This Is Us' cast knows how you'll react to the series ending. They did it too
On an early April day, the main cast of "This Is Us" — Milo Ventimiglia, Mandy Moore, Sterling K. Brown,…