Who are the crossbenchers after the election? And how will they vote in Parliament?

Australia is facing a supersized crossbench in the wake of the "teal wave" of independents and the unprecedented number of Greens candidates elected into parliament.

While there is a still a path to Labor to form a majority government, the crossbench could be influential over the next three years.

But what does all this mean for the new parliament? And who are these new crossbenchers?

What is the crossbench?

To put it simply, members of parliament who are not members of the government or the opposition sit on the crossbench.

They could be independents or from minor parties.

Coming into the election, there were six MPs outside of Labor and the Coalition in the House of Representatives. In the Senate there were 14 members on the crossbench.

It's looking like the number of crossbenchers could more than double in the House of Representatives.

What does a larger crossbench mean?

For the new parliament, it depends on whether the Labor gain enough seats to govern as a single majority government.

The Labor party needs at least 76 seats in the House of Representatives to do that.

Any less and they will need support from outside the party. That's where the crossbenchers come in.

In a minority government crossbenchers are needed to guarantee what is called "confidence and supply", which basically allows the government to function.

But in that case Labor would need to negotiate the support of independents and/or Greens MPS.

One result of having more MPs on the crossbench means that the Labor party will have more MPs to negotiate with in the case they can't form a majority government.

So, who are the new crossbenchers?

Here are some of the new and re-elected crossbenchers:

Sophie Scamps is a Sydney doctor and one of the several so-called "teal independents" who will be elected.

She lists climate, integrity, health and the economy as among her key policies. At the top of that list is setting a 50 per cent limit on climate pollution by 2030.

"This is about genuinely trying to represent our community and take our voice and values to Canberra. We're super excited. This is a win for democracy," Dr Scamps said on Saturday night.

Kylea Tink is a businesswoman who has worked for communications firm Edelman Australia and the McGrath Foundation.

She is an advocate for urgent climate action who says she will advocate "a clear and actionable plan to reduce national emissions guided by experts to achieve at least 60 per cent by 2030".

She also wants to make North Sydney one of the first net zero urban zones.

"Thank you, North Sydney. The work begins today," she said on social media on Sunday.

Zoe Daniel is a former ABC journalist who thanked Cathy McGowan, the so-called "godmother" of the independent movement, on Saturday night.

She said she planned to "inject some sensible decision making" and empathy, honesty and sincerity into federal politics.

Integrity is among her top priorities, calling for a "fully independent and properly funded statutory body in the form of a National Integrity Commission".

Allegra Spender is a businesswoman who was the managing director for fashion labels Carla Zampatti and Bianca Spender.

She is the daughter of late fashion designer Carla Zampatti and former Liberal MP John Spender.

"This is a moment to end the climate wars and I'm so proud the community has stood up for that as well," she said.

"It's also very exciting, in terms of what's going to happen in this parliament.

"I will be pushing for the agendas that the community I am standing for have pushed for me, which is climate, it's integrity, it's a future focused economy for the long term that is truly inclusive."

Monique Ryan is a paediatric neurologist who appears to have beaten Treasurer Josh Frydenberg in the inner-Melbourne seat of Kooyong. But her team was "not calling it a win just yet".

Ms Ryan says Mr Albanese would need to be "prepared to come to the table on effective and immediate action on climate change, and on an ICAC that met with an appropriate model for that".

"We have to have immediate action on climate change. We can't wait," she said.

Max Chandler-Mather says he backs policies that roll back the privatisation of services like electricity and including dental into Medicare.

His campaign website says he has worked as a strategist in previous Greens campaigns in Queensland, as well as working in a call centre and in after school care.

Elizabeth Watson-Brown is an architect from the Brisbane riverside suburb of Saint Lucia.

"It is a really, really interesting representation that the tectonic plates are shifting in politics in Australia," she said.

"Many people came up to me at pre-poll and said to me, 'Elizabeth, I am going to vote for you this time. I had been a long-term Liberal voter and I feel completely abandoned".

Dai Le is the the deputy mayor of Fairfield. In 2016, she was suspended from the Liberal Party for a decade after running as an independent in the Fairfield mayoral race.

Her campaign has been centred on the fact she is a local who lived through the harsh lockdown alongside voters in the Western Sydney seat.

Ms Le came to Australia as a refugee when she was 11, and is a prominent member of the local Vietnamese community.

She describes herself as a "true independent" who is willing to work with all parties to secure more services for her local area.

Which crossbenchers were re-elected?

Bob Katter originally won the seat of Kennedy in 1993 (three years after his father retired as the member) as a National MP.

He left the party in 2001, and was re-elected as an independent until he formed Katter's Australian Party in 2012.

"I would like to thank everyone who worked on my polling booths, a very humbling experience for me," Mr Katter posted to social media on Saturday.

Adam Bandt, a former lawyer, became the first Green to win a seat in the House of Representatives at a general election in 2010. He is the Greens leader.

"This result is a mandate for action on climate and inequality," he said on Sunday morning.

"We put an alternative to people and people liked what they saw. A record number of people voted Greens for the first time at this election."

Andrew Wilkie is a former infantry officer and has previously been a member of the Liberal Party and the Greens.

Mr Wilkie has held the Hobart-based seat, formerly called Denison, since 2010, where he made the removal of poker machines one his main campaign issues.

"I am delighted to be in a position to retain the seat of Clark," he said.

"I will continue to work hard to honour the trust the community has placed in me and I will never take it for granted."

Helen Haines is a former nurse and midwife who was first elected in 2019.

She succeeded Cathy McGowan, who won the seat from the Liberals in 2013 and 2016.

"I look forward to fighting for all of you, for integrity in politics, for action on climate change, for health care in our region," she said on social media on Saturday.

Rebekha Sharkie was the first member of the Nick Xenophon Team to be elected to the House of Representatives in 2016.

The party is now called the Centre Alliance and aims to work across both major parties to achieve results for South Australians.

Zali Steggall has defended her seat of Warringah after ousting former prime minister Tony Abbott in 2019.

The Olympic-medal winning skier and barrister says climate policy and a federal integrity commission are just some of the issues she'll bring to the next parliament.

"I am here to represent the issues the people of Warringah want to see answers on and that is climate policy that is a federal integrity commission that has teeth that deals with corruption," she said.

"It is respect for women and workplace it is fiscal discipline we need to stop the rorts and start spending taxpayers money carefully." 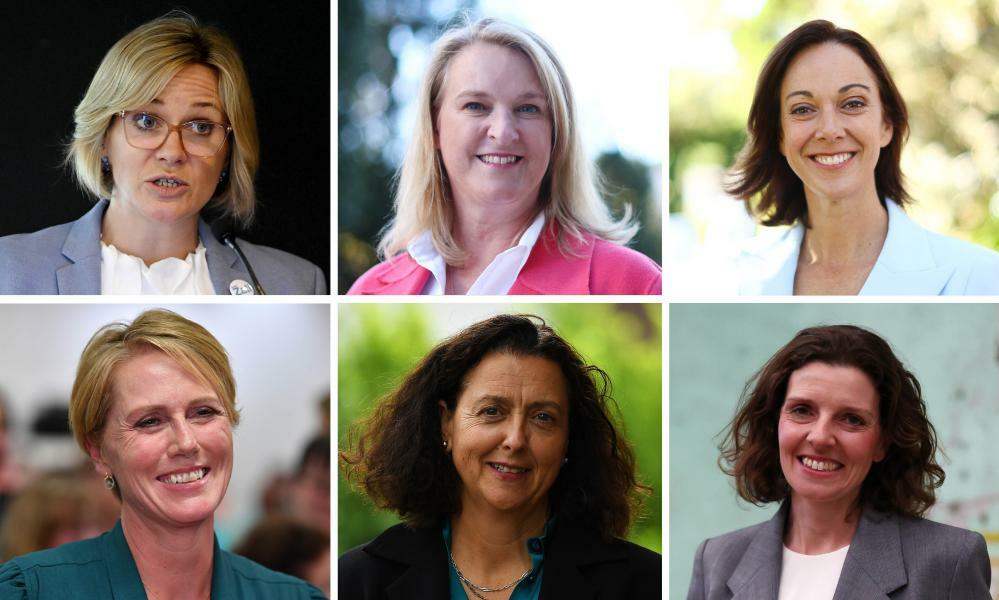 Teal independents: who are they and how did they upend Australia’s election?
What does historic move of voters away from the two major parties mean for the future of Australian politics?

The Guardian - UK
From analysis to the latest developments in health, read the most diverse news in one place.
Who are the independents likely headed to parliament after election night's 'teal bath'?

Several well-funded independents ran against established Liberals on a promise of climate action and government integrity. Here's how the night…

The lower house is on track to have a historically large crossbench, and new and incumbent independents are pledging a…