Three cheers to Whiti Hereaka – actually more like 60,000 cheers – as the winner of the Jann Medlicott Acorn Prize for Fiction at tonight's Ockham New Zealand national book awards. She collects $60,000 for Kurangaituku (Huia Publishers), judged the best novel of the year.

The book deserves it. Kurangaituku is an ingenious retelling of the ancient myth or pūrākau of Kurangaituku, the bird-woman of Mokoia Island. There are two ways to read it – from one cover to the middle, or turn it upside down and read it from the other cover to the middle. The radical concept is typical of the book's daring approach. You could easily regard it as belonging to the fantasy genre, making it the first time anything like this has won the best novel award in New Zealand. (It was a bad year for writers of literary fiction, with judges excluding two superb novels from the shortlist, She's A Killer by Kirsten McDougall, and Loop Tracks by Sue Orr.)

But the glory and the big prize money went to Whiti Hereaka, who went to the ceremony at the Q Theatre dressed in character, a splendid and avian vision in brocade and feathers as Kurangaituku. I interviewed her in some detail about her costume in an earlier story at ReadingRoom. I also asked wider questions about her book and her art, and her long fascination with the Arawa story of Kurangaituku.

Like most New Zealanders aware of the Kurangaituku myth, she only knew of it via its inclusion in the 1957 Reed anthology, Maori Tales of Long Ago. But that telling was European. She said, "It's colonisation isn't it, really. That kind of break in the tradition of oral storytelling, of people moving away from their rohe and a break in the way it was told."

Her story, too, is a retelling. It's from the perspective of Kurangaituku, who in Arawa legend plays a minor role in the epic saga of the warrior Hatatapu. Te Ara provides a pithy summary: "After arriving from Hawaiki, the Arawa hero Hatupatu settled on Mokoia Island in Lake Rotorua. He escaped from Kurangaituku, the fearsome bird-woman, by jumping over hot springs. Kurangaituku tried to wade through them, but was burnt to death. Hatupatu also avenged the destruction of the ancestral waka Te Arawa by dispatching the enemy chief Raumati, from Tauranga, in a battle."

"I really love to make things," she said. "It's part of my creative process." Sewing, knitting, painting and carving also helped her work out "knotty narrative problems" in her novels. She sees writing and craft as parallel arts, as physical exercises.

As she puts it, "Usually when you tell Hatatapu stories it’s kind of like Maui stories, it's a cycle of stories, rather than just like discreet things. Kurangaituku is just a small part of Hatatapu's larger story, and because of his experience with her, he came I guess to be respected in his iwi and went off to lead his people to victory and things like that."

No one in these stories, though, is made of paper. Kurangaituku is not a fiction, something made-up. "Yes," she said. "A lot of people whakapapa to Kurangaituku. So yeah I feel that she is a presence." (Actually so: the Rotorua Kurangaituku Netball Tournament is in its 87th year.)

There's a charged kind of dynamic between Kurangaituku and Hatatapu. It's not necessarily heterosexual or even human – Whiti described the title character as "gender and species fluid" – but was her book in any way a love story? She laughed, and said, "Well - it's not a very healthy love story. It's not a very fulfilling love story. I actually do think it's a love story, but I think the biggest love for Kurangaituku is the love of being. She's learned how to live. That’s the actual crux of the love story, by learning how to be in the world."

She spoke about entwining the stories of Kurangaituku and Hatatapu as threads, and said, "It's like rope. You need many little threads to make a strong rope." I had the feeling she knew exactly what it took to make rope. She worked with a lot of different materials (leather, bone, chiffon, etc) to craft her costume for the Ockham ceremony, and she's making craft, too, while researching her next novel, with the working title of Ariā (which includes another appearance by Kurangaituku).

"I really love to make things," she said. "It's part of my creative process." Sewing, knitting, painting and carving also helped her work out "knotty narrative problems" in her novels. She sees writing and craft as parallel arts, as physical exercises.

"When I'm in the planning stage of writing things, I prefer to write things down on index cards and actually physically put them on my wall and move the plot points around, so like physically walking through it.

"I have a standing desk simply for the reason that when I was sitting down to write, I'd get up every five minutes to walk around. So I think it’s a very physical thing for me. I need to move my body to get my mind moving."

There are times when you talk with a novelist and you get a very practical sense of what it takes – desk, index cards – and there are other times when you get the sense of an artist, a visionary, someone existing in another realm. One version of the Kurangaituku story describes the character as an "enchantress". I put that to Whiti and she rather liked the sound of that. She said, "I've actually been thinking about novels and stories as a form of enchantment, as spells. I mean as a reader you go into a story and hopefully fall into it and are beguiled by it."

And then she said, "One of the ideas I had with Kurangaituku is that when the reader is reading her story, she is making a nest in their head."

Congratulations to an artist, a visionary, an author in her own realm of the imagination. Congratulations, also, to Huia Publishers, who celebrate their 30th year in the book trade in style. Congratulations, finally, to all the winners of the 2022 Ockham New Zealand national book awards.

THE HUBERT CHURCH PRIZE FOR BEST FIRST BOOK OF FICTION

THE JESSIE MACKAY PRIZE FOR BEST FIRST BOOK OF POETRY 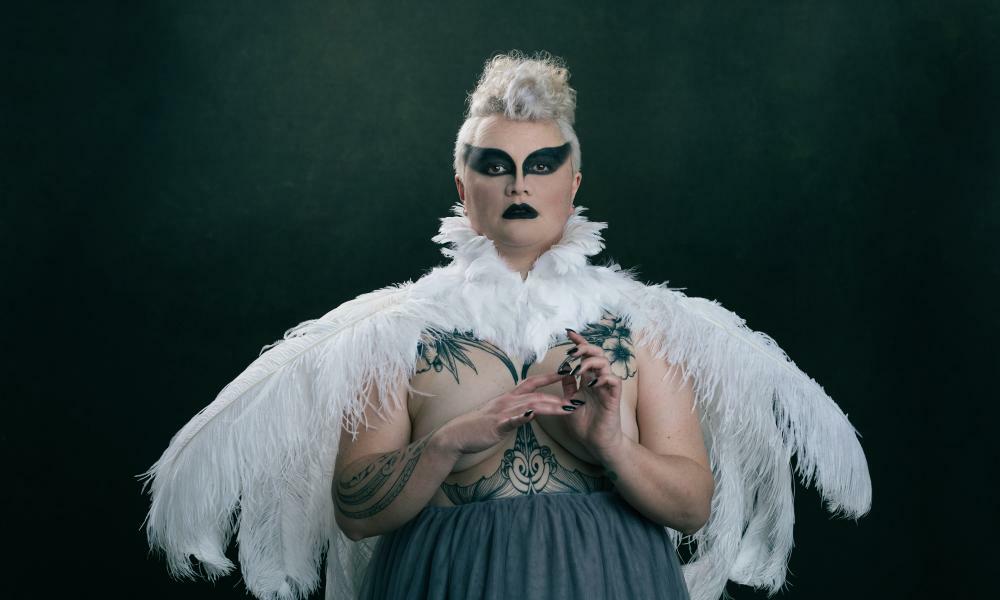 The Guardian - AU
One subscription that gives you access to news from hundreds of sites
Ockham week: How to make a bird

Win every single book shortlisted for the Ockhams