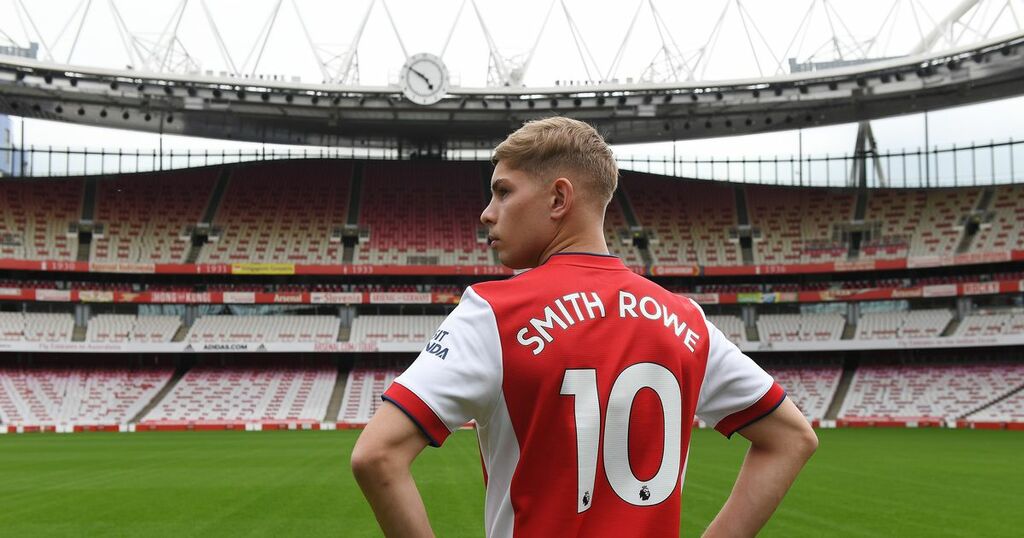 Arsenal will be searching for their first Premier League win of the season when they face Norwich City in a crunch clash at the Emirates Stadium on Saturday afternoon.

It has been a disappointing start to 2021/22 for the Gunners, who currently sit at the bottom of the table after losing their opening three matches.

Mikel Arteta will be desperate to get off the mark with three valuable points, but still has a number of injury and illness concerns ahead of the game.

Having been left out of the England Under 21s side on Tuesday, Emile Smith-Rowe is a doubt to take on the Canaries and could require a late fitness test to be available.

Granit Xhaka will, however, definitely be missing after he was sent off against Manchester City, although he has since tested positive for Covid-19 which would've ruled him out.

However, the Gunners are set to receive a welcome boost ahead of the game as Thomas Partey, Gabriel Magalhaes and Eddie Nketiah all returned to training following injury.

How will this affect their potential side to tackle a crucial fixture against Norwich in north London?

We take a look at the best possible XI for Arsenal this weekend.

This position could prove to be Arteta's trickiest selection dilemma this weekend.

Bernd Leno has started in each of the Gunners' opening three matches but has shipped nine goals, looking rather uncomfortable in possession against City, too.

His recent form could present an opportunity for new £24m signing Aaron Ramsdale to make his league debut for the club after he started the 6-0 Carabao Cup win at West Bromwich Albion.

The German has been a reliable performer since Arteta took over in December 2019, but could see his place taken, with Ramsdale competing close for that number one spot.

After Ben White tested positive for Covid-19, the Gunners boss was forced to change his back-line for the Chelsea game, with Pablo Mari and Rob Holding making up the centre-back pairing.

They chose to move to a back-five for the trip to City, but it's likely they'll revert back to their natural 4-2-3-1 formation this weekend.

Gabriel could come straight back into the starting XI after he returned to training, while he could line-up alongside White, who has missed the previous two matches.

New £17m signing Takehiro Tomiyasu may slot into the right-back birth to make his debut and would surely replace Cedric should the former be selected.

Arguably Arteta's easiest decision in defence is selecting who will play at left-back and Kieran Tierney is expected to retain his place after a promising start to the season.

With Partey back in training, he could come in and be the perfect replacement for Xhaka, who is suspended for the next three matches.

Should the Ghanaian start, his partner would likely be Albert Sambi Lokonga after he has showed glimpses of being a mainstay in the side in his short spell at the club so far.

Ainsley Maitland-Niles and Mohamed Elneny could play in that defensive midfield slot, but Arteta has preferred to use others in that area.

The position in front of those two will arguably be filled by Martin Odegaard if Smith-Rowe is unavailable for selection, with Bukayo Saka and Nicolas Pepe out wide.

Gabriel Martinelli is also pushing for his first start of the campaign, but this could prove to be one match too soon as he looks to build his fitness back up.

That attacking midfield three behind the striker may be rotated throughout the game, as all of Arteta's options are versatile to adapt.

Join the conversation: Who makes your Arsenal XI?

Pierre Emerick-Aubameyang has had a challenging start to the season and was ruled out of the opening day defeat at Brentford due to illness.

He returned for the Chelsea clash and scored hat-trick at West Bromwich Albion in the Carabao Cup, before leading the line in the 5-0 drubbing at the Etihad Stadium.

The 31-year-old is set to keep his place in the starting XI, although Alexandre Lacazette netted a free-kick in a behind-closed-doors friendly last Thursday.

Eddie Nketiah is also in contention for a place in the squad following his return from injury and he could sit alongside Lacazette, eyeing to make an impact when called upon.