The White Sox initially gave right-hander Lucas Giolito an extra day of rest so he could open a five-game series Monday night against the Royals at Kauffman Stadium, where he’s 5-1 with a 2.74 ERA in 10 career starts.

But the Sox will have to wait longer, and there’s a possibility Giolito could miss the series after he was put on the COVID-19 injured list after a positive test Friday.

La Russa emphasized the Sox have been diligent in following COVID-19 protocols.

“Since you’re 100% careful, you can’t go to 101,” said La Russa, who was aware that Francona remains sidelined and will miss the Guardians’ series at Minnesota. “I think we’re going to be OK, but just a good heads-up, a reminder you’ve got to be careful.

Juggling the rotation has been a constant theme for the Sox since the start of the -season.

Lance Lynn hasn’t pitched because of surgery on his right knee. Giolito missed two starts in April because of an abdominal strain suffered in the season opener in Detroit, where he pitched four scoreless innings and struck out six, including Javy Baez twice. Jimmy Lambert made a spot start April 14 and started the second game of a doubleheader in Cleveland after consecutive days of rainouts.

The Sox are scheduled to play a doubleheader Tuesday in Kansas City that was part of the revamped 162-game schedule after MLB and the players’ union reached a collective-bargaining agreement March 10.

Johnny Cueto was a strong candidate to start one of those games. But with Giolito sidelined, La Russa acknowledged that Cueto is a candidate to start Monday. Cueto, 36, pitched 51⁄3 innings of three-hit ball for Triple-A Charlotte on Wednesday and would stay on normal rest if he starts Monday. Cueto must be added to the Sox’ roster by Sunday or he can opt out of his contract, according to a deal he signed in early April.

“I think Cueto’s a candidate just because we’ve got the five games and not irrespective of Lucas,” La Russa said. “We’re definitely looking at him.”

Cueto lacks velocity, but he makes up for it with crafty pitching, and he has been known to vary his tempo at extreme rates to keep batters off-balance. Cueto is 135-97 with a 3.45 ERA in 15 seasons with the Reds, Royals and Giants.

La Russa hopes Giolito can return at the back end of the Royals series. Giolito, who has limited opponents to a .221 batting average and has a 2.70 ERA in five starts, must produce two negative COVID tests at least 24 hours apart or sit 10 days before he can return. La Russa said Giolito’s symptoms were “nothing that knocked him on his butt.”

Giolito had symptoms similar to a cold in spring training but produced a negative test.

“We’ve got a doubleheader to cover, so hopefully one of those five, he can pitch,’’ La Russa said. ‘‘He’ll be OK.’’

The positive test occurred at an inopportune time for Giolito, who limited the Guardians to one run while throwing a season-high seven innings in a 4-1 victory Tuesday. 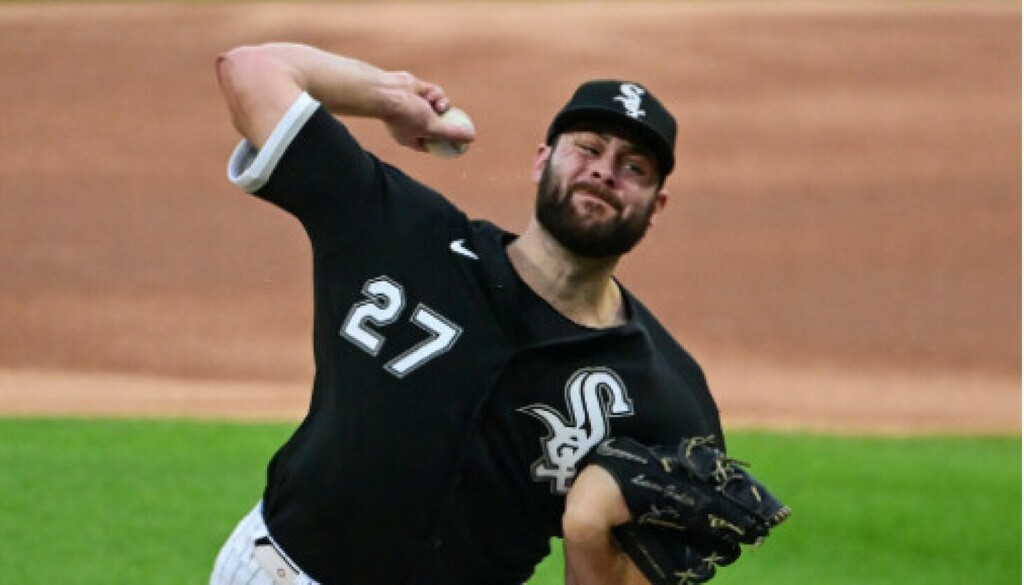 Chicago Sun-Times
One subscription that gives you access to news from hundreds of sites
Yankees answer Moncada’s game-tying homer with 7 in 8th, trounce White Sox