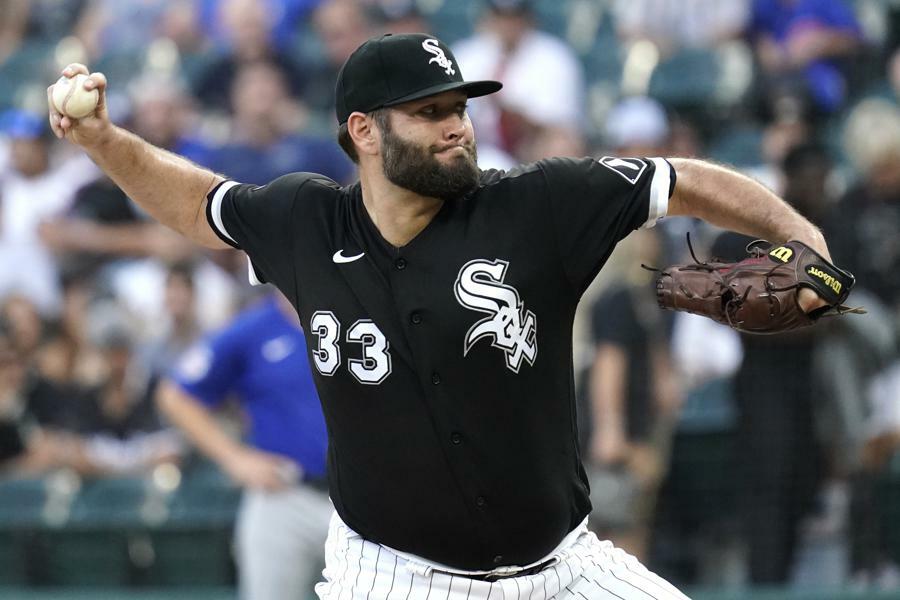 Nothing has come easily for starting pitchers in this, the second consecutive season under the shadow of the Covid-19 pandemic. While it has affected everyone, starters have been uniquely impacted, as their respective innings loads have been inflated from 2019 by large, unsafe margins.

Hurlers are limping toward the 162-inning ERA title qualification threshold, which often serves as the entry point for Cy Young Award consideration. I also use that figure as a qualification for my annual Contact Manager of the Year hardware, bestowed upon the pitcher in each league who posts the lowest Adjusted Contact Score. In other words, based on the exit speed and launch angle of all batted balls allowed, these are the hurlers who “should have” yielded the least damage on balls in play.

Below, I’ll run down the current top five in the AL race, and later this week, repeat the process for NL hurlers. My population of pitchers considered were those who qualified for the ERA title as of August 31. The thing is, for a variety of reasons, fully five of those 24 pitchers no longer qualify through Sunday’s games—and three of those five are among the top contenders below (two of them pitched yesterday). It will be nip-and-tuck with regards to innings quantity for a bunch of them. Plus, some 8/31 non-qualifiers (Yankees’ Jordan Montgomery, Tigers’ Tarik Skubal, Astros’ Luis Garcia) could ultimately qualify with regular usage the rest of the way. In a nutshell, this thing is as wide open as it gets. Here is the current leaderboard.

Greinke is the tortoise among hares in this race. He doesn’t strike out people anymore, but he logs plenty of innings and survives based on command and solid contact management. He earns a spot on this list despite a relatively ordinary batted ball frequency profile. His 73 Adjusted Fly Ball Contact Score ranks 3rd among qualifiers, and he’s also done a nice job of limiting liner (96) and grounder (81) authority. Greinke’s average 82.2 mph grounder authority allowed is the 2nd best among qualifiers, and his overall 87.3 mph mark is tied for 2nd best. He’s currently on the COVID-19 list, but only needs to make one more start to reach the 162 inning qualification threshold. The four players below are significantly less likely than Greinke to reach that mark.

Here is your AL batted ball authority suppression god. His overall average authority allowed of 83.6 mph is by far the best among AL qualifiers. He’s first in that category across all batted-ball categories, at 87.1, 88.9 and 78.1 mph for flies, liners and grounders, respectively. Yarbrough’s Adjusted Line Drive (88) and Ground Ball (74) Adjusted Contact Scores also rank 1st among qualifiers. At 6.5%, his pop up rate is also the highest in the AL. The only thing keeping Yarbrough from being even higher on this list is a relatively low grounder rate. He returned to the mound yesterday and got smoked by the Red Sox in a truncated start not included in this analysis - that hurts his Contact Manager of the Year case both qualitatively and quantitatively.

Here is one of only two pitchers on this list that could have been considered a legit Cy Young and Contact Manager of the Year candidate as of August 31. Of course, both of those causes likely became moot after he was hit in the face by a line drive on August 17. I say “likely”, because his recovery is ahead of schedule and there is an outside chance he’ll pitch the 11 innings needed for ERA qualification before the regular season ends. Like Greinke, Bassitt’s batted ball frequency profile is quite ordinary, but his ability to manage contact authority has carried the day. His Adjusted Fly Ball Contact Score of 76 is tied for 4th best, and his 87.8 mph average fly ball velocity allowed is tied for 2nd best. His Adjusted Grounder Contact Score of 93 ranks 5th, and his overall average authority allowed of 87.3 mph is tied with Greinke for 2nd best. Here’s to hoping for a full recovery first and foremost - and secondarily for a quick return that will allow him to earn deserved kudos for his 2021 campaign.

Like Yarbrough, McCullers returned to the mound on Monday, and will be a very close call with regard to the 162-inning qualification threshold. It’s all about inducing grounders for McCullers, whose 55.7% grounder rate prior to last night’s start led AL qualifiers at over two full standard deviations above league average. His average launch angle allowed of 6.0 degrees ranks 2nd best. Though he has done a nice job of muting fly ball authority (82 Adjusted Fly Ball Contact Score, 6th), his overall authority management effort has been subpar. His overall 89.7 mph average velocity allowed actually ranks 3rd highest among qualifiers.

Of our five current leaders, only Lynn ranked among 2020’s Top Five AL Contact Managers. He finished 4th with an 82 Adjusted Contact Score, behind winner Hyun Jin Ryu’s 70. Like Yarbrough, Lynn is quite adept at inducing pop ups (5.3% pop up rate, over one full standard deviation better than average). Like all of those listed except for McCullers, he has thwarted fly ball authority (71 Adjusted Fly Ball Contact Score, best in the AL). He’s also done a nice job limiting damage on liners (78 Adjusted Line Drive Contact Score). His race to 162 innings will also be a close call - he’s likely to return from a minor knee injury sometime this week. He has a chance to rack up some Cy Young votes, but his innings workload is likely to work against him.