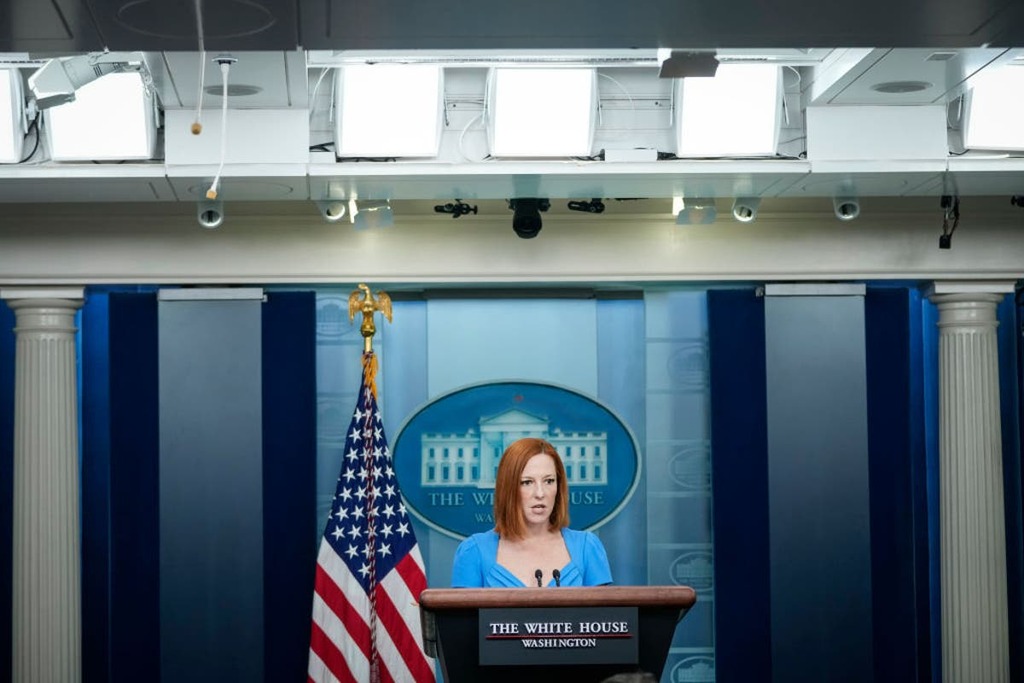 White House waves off Fox News question on crack pipes in safe smoking kits: ‘Bit of a conspiracy theory’
Original report admitted it couldn’t identify whether federal dollars had ever been used

WEKU
One subscription that gives you access to news from hundreds of sites
U.S. drug overdose deaths surpass 107,000 last year, another record

The cable network’s correspondent asked Ms Psaki, a day away from her last press conference at the White House podium, whether any federal dollars had been used to fund harm reduction kits distributed by some nonprofit agencies that contained crack pipes and other paraphernalia meant to provide drug users with sterile tools for drug use.

“HHS does not say which programs had applied for funding and the recipient list is not out yet. So I’m just wondering if the White House can say if any taxpayer dollars paid for these claims,” she continued.

Ms Psaki firmly denied that any federal money had been used for such programs.

“No federal funding has gone to it,” she declared.

“And is there any oversight to ensure that when that money goes out from the program that these organizations will not use federal dollars for crack pipes?” Ms Heinrich continued.

“This policy does not allow for crack pipes to be included. I would just note that this is a bit of a conspiracy theory that’s been spread out there. It’s not accurate. There’s important drug treatment programs for people who have been suffering from what we’ve seen as an epidemic across the country. And money is not used for crack pipes,” Ms Psaki reiterated.

The Free Beacon’s report does not definitively state at any point that its reporters have evidence that the organisations it visited received funding under the Biden administration, stating only that they were “the types of groups eligible to receive funding, starting this month, from the Biden administration's $30 million grant program”.

Its unclear if any organisations have actually received grant money under the program in question, which only began accepting applications earlier this year. Documents released by Health and Human Services (HHS) does state that grant money can be used for so-called “safe smoking kits”, but HHS Secretary Xavier Becerra has specified that items used for actually imbibing substances including pipes or other paraphernalia would not be eligible for funding.

"No federal funding will be used directly or through subsequent reimbursement of grantees to put pipes in safe smoking kits," the secretary told USA Today in February.

Safe smoking kits and other harm reduction strategies are seen by many drug treatment organisations as being critical to an effective response to the opioid epidemic and other drug use issues around the country.

The provision of such items, including at some sites not involved in this latest grant program, allows for addicts to use drugs in a relatively safe manner at “safe injection sites” where overdoses can be responded to quickly and users have access to sterile materials. Many also provide resources for addiction treatment facilities on-site, like one that opened in New York City late last year.

Provisional data released by the Centers for Disease Control in November estimated that 100,306 drug overdose deaths occurred between April 2020 and April 2021, which if substantiated by final numbers would indicate an increase of more than a quarter from the year before.

White HouseFox NewsJen Psaki
Sign up to read this article

White House waves off Fox News question on crack pipes in safe smoking kits: ‘Bit of a conspiracy theory’
Original report admitted it couldn’t identify whether federal dollars had ever been used

WEKU
One subscription that gives you access to news from hundreds of sites
U.S. drug overdose deaths surpass 107,000 last year, another record