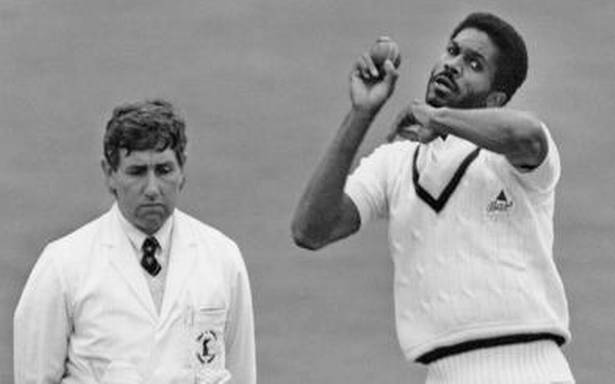 Whoosh! In the blink of an eye, the ball spears through the defence and the stumps fly.

Explosive and exhilarating for the viewers, it is the sound of death for the batsmen.

When the pitch doesn’t offer you much, it is the speed through the air that alters scripts.

Just like Jasprit Bumrah’s vicious, reverse swinging thunderbolts that crashed through the citadels of Ollie Pope and Jonny Bairstow in a game-changing final day spell at the Oval.

Talking about Test matches and the Oval, the sensational 14-wicket match haul by ‘Whispering Death’ — a moniker for the smooth and the noiseless manner he ran in — Michael Holding at this venue in 1976 comes to mind.

And Holding’s effort was on a pitch where the West Indians made 687/8 declared with the mercurial Vivian Richards conjuring an imperious 291. The surface was as flat as they come.

Holding did not need a favourable surface though. He scorched the turf in the first innings with eight for 92 — significantly, six of his victims were bowled and the other two were trapped leg-before in a blistering spell.

All those who succumbed to Holding were beaten by his high velocity in the air. Those full-length deliveries zoomed past the bottom of the bat before the willow came down.

Among Holding’s victims was England captain Tony Grieg who was predictably bowled. Ahead of the series, the normally genial Grieg had said that he would make the West Indies ‘Grovel’, and the remark made the Caribbeans angry.

Beanpole Greig was a marked man. He was bowled by Holding in the second innings as well. Holding finished with six for 57 in the match’s fourth innings and four of his victims were either bowled or leg-before.

The West Indies romped home by 231 runs, with Holding’s air speed making the difference. And that was the pre-reverse swing era.

Once reverse swing came to the fore, Pakistani pace duo of Wasim Akram and Waqar Younis defeated batsmen with speed in the air and swing with an old ball on benign pitches to chart out victories.

The run-up, the load-up and the release combining as one, plus quick-arm action and strong shoulders produced air speed. Exceptional skill with the wrists and the ability to harness the seam position and one side of the ball produced reverse swing.

Speed in the air — it is a potent force. And it thrills the senses.