Whisky With A Taste Of The Wild West 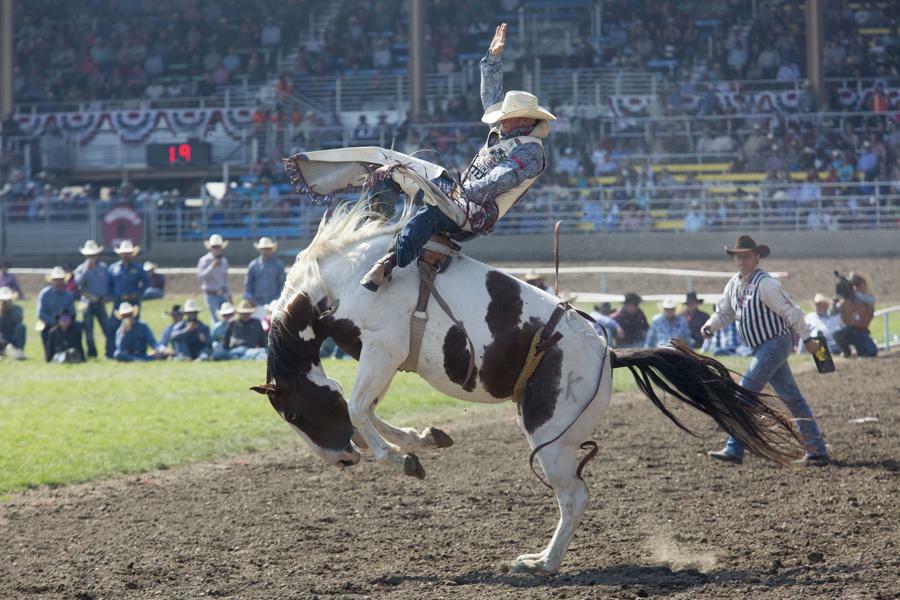 This week, the Wild West is at its wildest.

When most people hear about cowboys and gunfights and cattle drives, their thoughts go to places likes Texas, Colorado, Utah, Arizona, Wyoming and New Mexico. But while the tourists may stop in Tombstone to take selfies at the OK Corral or check out the Boot Hill Museum in Dodge City, many overlook one of the most authentically frontier places in the country, where people still don cowboy boots for work, not show, and the big rodeo tradition dates back well over a century.

That would be Pendleton, Oregon, home of the long-running Pendleton Round Up, being held right now and one of the most important rodeos, festivals and pageants of its kind in the world. Now in its 111th year, the event typically draws about 50,000 spectators to town.  In 1910 the Round Up was created to be “a frontier exhibition of picturesque pastimes, Indian and military spectacles, cowboy racing and bronco busting for the Championship of the Northwest.”

Since then, it has become a symbol of the community and local pride with strong volunteerism and participation by the local Native American community, with added parades, concerts, pageants and much more - there’s even a Western memorabilia auction - spanning a full week each September. The annual Kick-Off Concert draws some of the biggest names in country music, and has featured the likes of Reba McEntire, Brooks and Dunn, George Strait, Rascal Flatts, and Big & Rich. The Round Up was inducted into the Professional Rodeo Cowboy Association (PRCA) Hall of Fame in 2008 and a victory in 2018 made it a 7-time winner of the title best Outdoor Large Rodeo of the Year. A retired Round Up general manager described the event as “John Wayne meets Mardi Gras.”

Pendleton sits two hundred miles east of Portland on the Columbia Plateau and calls itself “the last holdout of the Old West.” Even when the festival is not going on, Stetsons are everyday attire, and the historic main street boasts saloons that are not staged for tourists yet do look like sets straight out of an old western. All summer long there are special Old West events, and Oregon’s tourism authority has put together a nice synopsis of all there is to see and do when visiting.

Things may be a bit more subdued than usual this year due to the coronavirus pandemic and COVID-19, but it’s worth marking your calendars for 2022, because the Pendleton Round Up is one of the top hidden gems of Americana and a big, unique party. The town is also famous for its namesake Pendleton Woolen Mill, family-owned with roots to 1863. It is one of just a handful of still operating woolen mills in the country and best known for signature geometric patterned blankets based on traditional local Native American patterns, and flannel-style shirts.

Less well known, but absolutely worth seeking out is Pendleton Whisky, a spirit lineup that heavily supports the Round-Up and community, and when the 2020 event was cancelled, the whisky brand and festival donated $300,000 to help support locals who missed out on their biggest annual tourism event.

The whisky is spelled in the traditional Scottish style, rather than the Irish and American “e” version (whiskey), because the spirit is distilled across the border in Canada, then aged in American Oak, finished with the glacier-fed waters of Mt. Hood and bottled in Oregon. The company describes it as “introducing whisky enthusiast to the easy drinking style the cowboys have loved for years,” and that’s true, but it also a standout value.

I got to taste a few different labels from the portfolio, and while the entry level blended Canadian whisky is fairly non-descript, the 1910 is a real standout. Named for the inaugural year of the Pendleton Round-Up, this is a rare 100% rye, Canada’s flagship spirit, and similar to deservedly acclaimed 100% rye Whistle Pig, generally considered the world’s best rye whisky, except at a more accessible price point. You can get your hands on the 1910 in the low $30s, and you should, because there’s not much on the shelf in that price range that competes.

The other serious bargain contender is Pendleton Midnight, described as “a super-premium blended Canadian whisky,” and while that doesn’t shed much light on what’s in the bottle, the key here is the ageing, six years in American brandy casks, resulting in a darker, sort of cognac-esque whisky that is big, dark and heavy, yet surprisingly smooth and sweet to balance that power. It’s a bit of an outlier, not comparable to many better-known brands, but intriguing and for whisky lovers, again a stellar deal at under thirty bucks.

The top of the Pendleton line is a not very common 20-year aged blended Canadian whisky, Founder’s Reserve, which I have not tried but is a big step up in both ageing and price from the rest of the offerings at around $190. All four labels are widely consumed behind the swinging doors of Main Street’s cowboy bars, but also available nationwide.