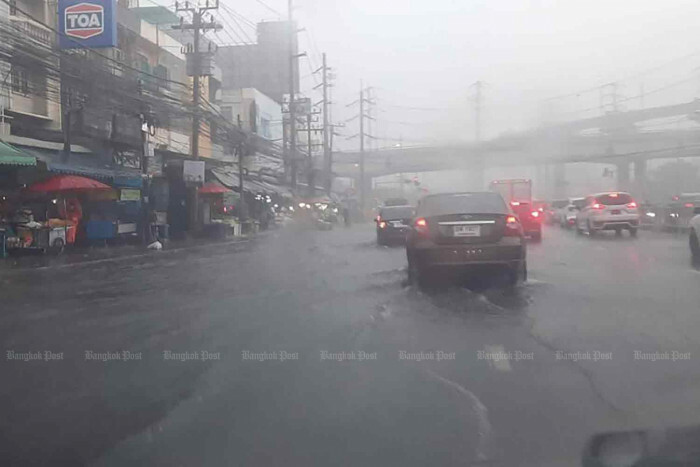 Many houses were damaged by whirlwinds which swept through Phra Pradaeng district of Samut Prakan on Monday evening.

The violent windstorm toppled many trees, which fell onto houses and brought down electrical wires. "Tens of houses" were reported damaged and at least seven cars.

Objects were snatched up and sent whirling through the sky, and finally falling to the ground in residential areas when the storm subsided. They included a large iron sheet weighing about 100 kilogrammes.

A local woman said when the storm started she ran into her house and shut all the doors and windows.

It felt like the house was being shaken by someone with enormous strength and debris kept falling on the roof, making loud noises. The roof of her house was damaged.

A local man was watching TV when he heard what sounded like rainstorm moving in. He went outside and saw two whirlwinds spinning over the area. His house was damaged, and all the windows shattered, he said.