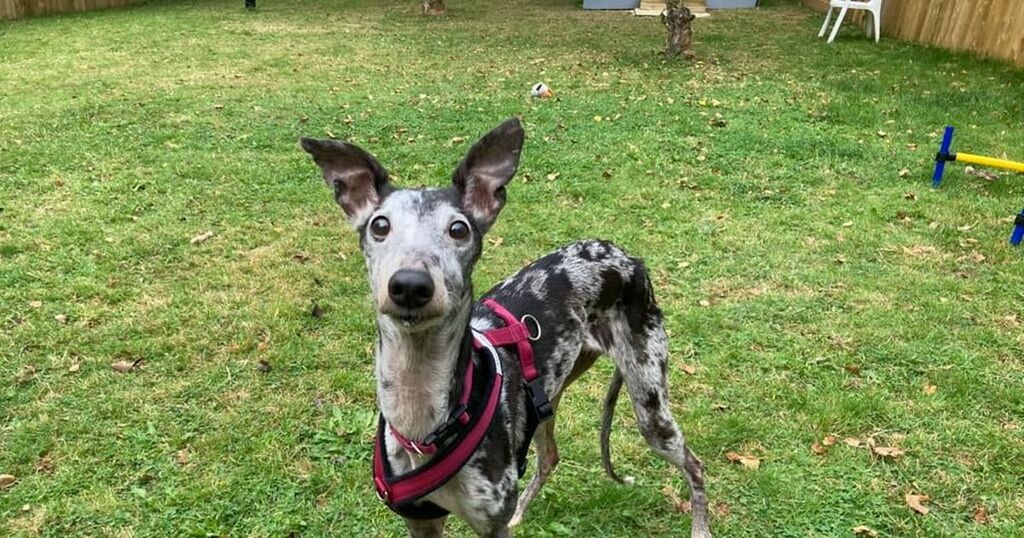 A dog found with a worrisome lump on its leg was rescued from a house in South Wales by police.

The Whippet crossbreed was among three dogs and a cat taken from the home on Saturday.

South Wales Police were called by concerned neighbours who in turn asked Hope Rescue to assist them with the animals.

On arrival, the owner signed their pets over to rescue staff who took them back to their kennels in Llanharan .

The dogs, Sherlock, Harriet and Olive are all flea infested and their coats are in terrible conditions.

Shih Tzu Sherlock’s fur was so matted his breed was unrecognisable, while Welsh Hound Harriet was left with bald patches due to a flea infestation and crossbreed Olive is sporting a suspicious lump on her back left leg.

Olive, a 13-year-old Whippet crossbreed, was found emaciated and malnourished to a point where sores were showing on her skin due to protruding bone.

Sitting and laying put pressure on the areas where the bone was most pushing through, causing these red patches.

A nasty looking lump on her leg also worried the rescuers, who said they were getting it looked at and hopefully removed.

Like the other two dogs and Winston the cat, rescued alongside her, she had a serious flea infestation made all the more pronounced by her short coat.

Staff at the rescue centre gave her a soothing bath before applying flea treatment to help her to feel more comfortable.

Katie Bull, welfare and adoption officer at Hope Rescue, said, “Olive is such a gentle natured girl she doesn't stop wagging her tail when you are with her and craves attention from you.”

“I’m really grateful to all our supporters that enable us to say yes to these calls.

“We didn’t know what were coming in but we were in a position just to say yeah we’ll rush straight out and help the police.”

Donate anything you can towards Hope Rescue’s £15,000 monthly vet bill to help Olive, Sherlock, Harriet and other dogs.