Where was the world's first zoo?

Who made the first zoo? – Veronica, age 11, Accokeek, Maryland

The truth is historians don’t know who built the first zoo, or when it was built. But we can be confident it happened a very long time ago.

Human fascination with animals goes back as far as humans do. In the oldest cave paintings discovered, some of which are up to 40,000 years old, there are more images of animals than people.

At some point, humans began to capture and hold animals so they could look at them up close whenever they wanted.

Zoos for the lucky few to enjoy

The first known collections of exotic animals were held by royalty – and were not open to the public.

Archaeological digs in the ancient Egyptian city of Nekhen have found buildings from around 3500 B.C. containing the remains of captive hippos, baboons and elephants – animals not native to Egypt. But life wasn’t easy for these animals. They probably had short lives, and their remains show evidence of severe injuries.

The tomb of the Egyptian pharaoh Sahure, who died around 2500 B.C., includes realistic images of Syrian bears wearing collars and leashes. It’s thought they had been brought back from a trading expedition. How long the bears lived is anyone’s guess.

Public zoos open to all

The first public exhibit of animals may have been created by Egypt’s Queen Hatshepsut around 1480 B.C. Researchers think the zoo was started with animals brought home from an expedition the queen sent to a far-off land known as Punt, which may have been modern-day Eritrea. It’s unclear why she built the zoo, but it might have been to show off her wealth and right to rule. Keeping dangerous and exotic animals in captivity has sometimes been a way for rulers to demonstrate how powerful they are.

Early zoos are found all over the world. In China, Emperor Wen-Wang is said to have built a “Garden of Intelligence” around 1060 B.C. It included deer, birds and many fish.

In England, King Henry I set up a menagerie in about 1110 as part of the royal estate at Woodstock, in Oxfordshire. His collection included tigers, camels, lions and porcupines. This collection eventually moved to the Tower of London in 1235, around the time King Henry III was given three lions by Holy Roman Emperor Frederick II. The Tower animal collection stayed at that location for 600 years.

If you visit the Tower today, you can see some of the cages: They are bare stonework with metal bars. It is hard to imagine that animals had good lives there. The king of France sent an elephant in 1255. Even though it had its own special housing, it died after only a couple years. The collection once included a polar bear that was allowed to swim in the Thames River on a long chain. At one time, the cost of admission for public visitors was either a small fee or a stray dog or cat to feed to the lions.

In the Americas, Montezuma II had a zoo in Tenochtitlan, now known as Mexico City, in the late 1500s. It included numerous birds, carnivorous mammals and snakes. This zoo was so large that 300 people were employed to take care of the animals. The emperor personally gave a tour of the zoo to the first visitors from Europe. The Spanish soldiers, led by Hernán Cortés, wrote about how much they admired the zoo even though they went on to destroy it during the conquest of Tenochititlan in 1591.

The oldest continuously operating zoo in the world – still open in the same place – is the Schönbrunn Zoo, which was built in Vienna in 1752. The zoo is famous for being the first to use many design innovations, such as keeping animals in naturalistic settings and putting several species together in one enclosure.

Zoos have come a long way, especially in how they care for animals. In fact, many of today’s zoos are also conservation organizations, focused on protecting endangered animals.

Michael J. Renner does not work for, consult, own shares in or receive funding from any company or organization that would benefit from this article, and has disclosed no relevant affiliations beyond their academic appointment. 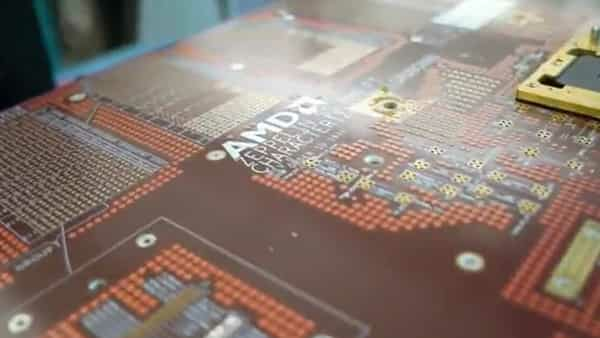 AMD unveils world’s first 5nm processors for PCs
AM5 motherboards will provide the Ryzen 7000 up to 170W of power, which is significantly higher than the 142W power…

Bruce Springsteen and the E Street Band have announced their 2023 world tour - if you're a fan, here's when…

Felix Gretarsson, 49, from K pavogur, Iceland, had to have his arms amputated after he was electrocuted at work and…