Where to go if you’re fleeing climate change 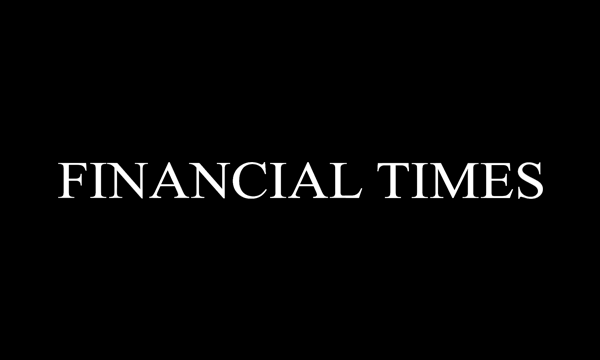 Here’s a fairly typical migrant’s story. Like many of the world’s poorest people, you grow up on a small family farm. When an unusually long drought leaves the farmland barren, the family spends its savings to put you on a boat to Europe. You might drown in the Mediterranean without ever wondering whether you’re a climate migrant.

In fact, almost nobody on earth is strictly a “climate migrant”. Since every person’s decision to leave home is typically driven by a number of factors, it’s more accurate to talk about “climate-encouraged migration”.

Drought, for instance, was merely one of the causes of Syria’s civil war and the recent Central American “migrant caravan”. However, climate is influencing ever more individual moves.

Climate-encouraged migration is usually cast in western countries as a future issue that primarily affects us. There is an element of narcissistic self-pity to this: migration as something that poor people do to us.

In truth, the epicentres of climate-encouraged migration will be the megacities of the poor world. The biggest impact will be on places unable to cope, such as Dhaka, Lagos and Mumbai.

In 1990, the Intergovernmental Panel on Climate Change predicted that “the gravest effects of climate change may be those on human migration”. Robert Kaplan’s 1994 article in The Atlantic magazine, “The Coming Anarchy”, foresaw that “The Environment” would become “the national-security issue of the twenty-first century”.

Water shortages, deforestation, rising sea levels and so on would fuel migration and group conflicts, he wrote. President Bill Clinton passed the article around the White House.

Add on desertification and 50C heatwaves, and we’re now entering a version of Kaplan’s dystopia. Nobody knows how many “climate migrants” there are today, or will be later, says Dina Ionesco of the United Nations Migration Agency. (The World Bank calculates more than 140 million by 2050, though such estimates are inevitably very rough.)

Many people hit by climate change won’t want to move. Others won’t be able to afford to. But lots will go. The question is where to.

The place to witness the future is today flood-prone Bangladesh, where 165 million people inhabit a territory the size of Iowa. As sea levels rise, coastal Bangladeshis are moving to the capital Dhaka. That’s one reason why the city’s population has more than quadrupled over the past 30 years to about 17 million.

In short, like Okies fleeing Oklahoma’s Dust Bowl to California in the 1930s, or the poor of New Orleans heading for Houston after Hurricane Katrina in 2005, today’s climate-encouraged migrants are mostly moving inside their own country. It’s cheaper than emigrating, they probably speak the language, they can get help from friends and relatives and they don’t need visas.

But the megacities they are moving to are already overstrained, often because they’re struggling with climate change themselves. Cape Town, for instance, is running out of water while simultaneously taking in migrants from the even drier, impoverished Eastern Cape.

In Bangladesh, the political scientist Tasneem Siddiqui told National Geographic: “Everything is in Dhaka, and people are all coming to Dhaka. And Dhaka is collapsing.”

This is what Kaplan foresaw in 1994: never-ending Dickensian shanty towns, bulging with jobless young men from rival ethnic groups, each one of them determined to send pennies home to hungry relatives in the countryside.

He warned of future cataclysms in Nigeria’s largest city Lagos — then already violent and overcrowded — whose population was “set to double during the next twenty-five years”. In fact, the city’s population has more like trebled, to 15 million or perhaps 20 million — nobody knows.

Obviously, many of Kaplan’s forecasts haven’t come true, but in his 1996 book The Ends of the Earth, he asked a good question: “What if the shanty towns and bidonvilles sprouting up around the globe that do not appear on any maps are far more important to the future of civilisation than many of the downtowns and prosperous suburbs that do appear on maps?”

Our mental health in the west is based on not thinking too hard about what’s happening in those shanty towns. Instead, we worry about climate change through the wrong end of the telescope: we obsess about how we will suffer because of the people who might come here to escape it.

It’s true that climate-encouraged migrants could upend western politics. Just remember how one million Syrians coming to Europe in 2015 inflated Alternative für Deutschland into a mass party in Germany, helped get the xenophobic PiS elected in Poland and probably contributed to the vote for Brexit.

There’s a reason why Donald Trump turned a few thousand Central American migrants into his main issue in last year’s midterm elections, even if that couldn’t stave off Republican defeat.

Nowadays, the arrival of a single migrant boat in Italy can prompt quarrels between European countries, rescue charities and the European Commission. Once just a fraction of climate-encouraged migrants attempts that same journey, expect European coastguards to make sure boats are left to sink so as to deter others.

For all the horrors in developed countries, the flashpoints of our hotter, drier world will be megacities too far away for us to hear the screams.

Follow @FTMag on Twitter to find out about our latest stories first. Listen and subscribe to Culture Call, a transatlantic conversation from the FT, at ft.com/culture-call or on Apple Podcasts

2019 The Financial Times Ltd. All rights reserved. Please do not copy and paste FT articles and redistribute by email or post to the web.