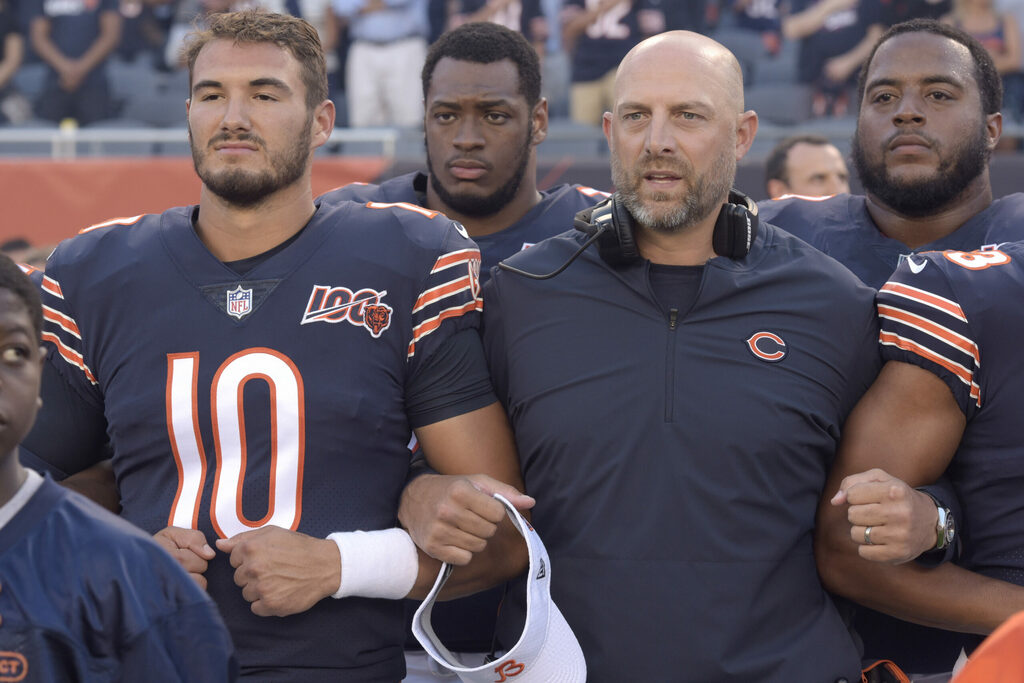 In 2018, former Bears quarterback Mitchell Trubisky was a Pro-Bowl alternate and former head coach Matt Nagy was awarded Coach of the Year. It was a season that felt magical, as the Bears went 12-4 and won the NFC North. It was a match made by the football gods – or so we thought.

The Bears had a young quarterback in his second season and the hot coordinator turned head coach. Everything was going right. Trubisky wasn’t putting up the same stats as Patrick Mahomes, but the team was successful enough where it wasn’t the media’s biggest story.

The story was, Nagy is a genius who turned Trubisky’s struggling rookie season into a fantastic second year. It was comparable to two teams. The 2017 Rams or 2017 Eagles. All three teams had young offensive coaches with young rising quarterbacks.

Funny enough, in 2021, all three quarterbacks, Trubisky, Goff, and Wentz, played on different teams. But where did things go wrong for Nagy and Trubisky? How far does the divide go?