“Where do the likes of me go now?" Wythenshawe Market finally to close after being given six months to save itself 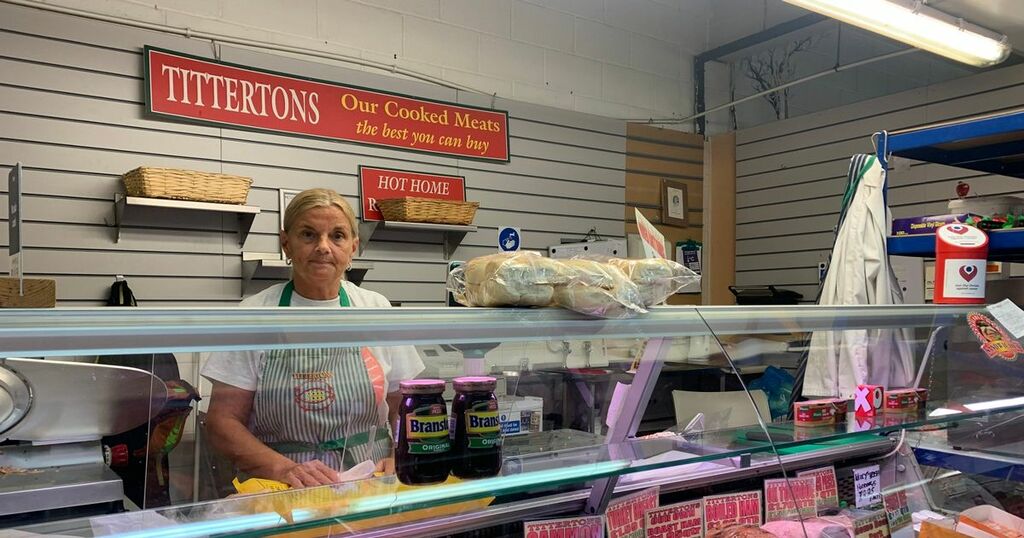 Wythenshawe’s indoor market WILL close at the end of this month as part of cost-cutting measures by Manchester council - despite having had a six-month reprieve.

The Poundswick Lane market was due to shut in April after several years of losing money and with the number of visitors and traders declining during the Covid-19 pandemic.

The last remaining stall holders, unsure what the future holds for their businesses, have reacted with anger and disappointment.

Malcolm Wootton is owner of Royale’s Butchers, which has been in Wythenshawe market since it opened in 1999.

“I’m disgusted with the council. It looks like we’re going to go until the end of the month. So that’s two weeks notice," he said.

“Royale Butchers, the day the market was built we were here. We’ll be here on the last.”

Manchester council have been paying £110,000-a-year to subsidise the market and since the pandemic traders have continued to receive significant discounts on their rent and service charge for their stalls in the market.

In February, council bosses agreed to continue subsidising the market until the beginning of October in a final attempt to drum up interest from potential tenants and investors.

Following that period, the council has concluded it is unsustainable and cannot be saved.

“We moved here in ‘99 and no investment since. They’ve not invested in this market.”

Recently, the markets were engaged with the Work and Skills Team, Wythenshawe Community Housing Group and People Plus to try and incentivise new traders. This included engagement events, workshops and 1-1 sessions. Unfortunately, it was unsuccessful.

Lee and Karen Adams have been shopping at Royale's Butchers ever since it opened, and Lee remembers his dad shopping there when it was at the old Wythenshawe market that preceded this one.

“It’s like for years, we’ve always got our meat from here," Lee said.

“It’s not just a butcher. It’s a family. It seems like they want to get rid of all the family businesses.”

In advance of the closure, the council has been working to identify new locations for the traders, including Gorton and Longsight markets and have been in communication with the traders at meetings, the most recent taking place on September 10.

A report to the town hall’s executive, to be discussed in a meeting next week, says that there has been no improvement of the market’s sustainability and that it will close as planned by the end of September.

Ayisatu Rasheed has had her stall, Ironik Afro Caribbean Food Store, in the market for 11 years.

She told the M.E.N: “I cannot even afford my rent. How am I going to survive this? How can I afford to go somewhere else?”

Bodunrin Hundeyin, owner of Tolmanis Convenience, said of the council, "They don't give us a listening ear."

“This is so important, especially among the elderly. This is a community area.

“How can they close this market?"

The market hall also hosts a community group on a Friday where locals play bingo, create crafts and knit together in a vacant stall space. This was agreed upon by the council as an act of 'goodwill', the community hoped it would attract more footfall to the market.

Former marketholder Kath Gregory, from Wythenshawe, has found a sense of belonging there.

“Where do the likes of me go now? We get kindness," she said.

“This is gone, the outdoor market is gone. The last 18 months, it’s all gone. They’re family. They’re taking family away from me.”

Another member of the group said: “ The market is going to be sadly missed by the people.”

While the project to encourage new businesses into the market failed, it could be revived if the market comes into new ownership.

However, the council's says it is ‘highly unlikely’ that an alternative operator will take over the market ‘in its current format’ due to challenges ‘exacerbated by Covid’.

There was also ‘no appetite’ from the market’s traders association to take it over, while talks about alternative management with developer and landlord St Modwen cooled.

St Modwen’s properties, including the market and rest of Wythenshawe district centre, have since been bought by real estate investors Blackstone.

The report suggests that it could be ‘advantageous’ for the council to retain the lease on the building - at a cost of £40k-per-year - to encourage plans to regenerate the centre.

“Work is being commissioned from a specialist provider to create recommendations for a potential new food and drink offer in Wythenshawe that will meet the needs of the residents and the local economy,” adds the report.

“The work will include consultations with local residents, community groups, businesses and other stakeholders.”

Manchester council says this will support a planned bid to the government’s £4.8bn Levelling Up Fund for regeneration projects.

The town hall has already asked for £33.3m to progress projects in Withington and the city centre.

Manchester council’s executive will discuss the report on the closure of Wythenshawe indoor market on September 15.