Where Arsenal, Chelsea and Spurs rank in Lionel Messi's next club odds after transfer decision

Every fan's dream of seeing Lionel Messi at their club got a little closer to becoming a reality after the latest developments were announced on Thursday.

Messi, 34, was expected to sign a new contract at Camp Nou, but La Liga financial restraints have forced the Catalan giants to part ways with arguably their best ever player.

The winger now has a big decision to make on which club to join after his illustrious 21-year career with the Spanish club came to a dramatic and unexpected end.

The club confirmed Messi's departure with a short and succinct statement explaining the reasoning behind the outcome of this whole fiasco.

It read: "Despite having reached an agreement between FC Barcelona and Leo Messi and with the clear intention of both parties to sign a new contract today, it cannot be formalised due to economic and structural obstacles (Spanish La Liga regulations).

"Given this situation, Lionel Messi will not continue linked to FC Barcelona. Both parties deeply regret that the wishes of both the player and the club cannot finally be fulfilled.

"Barca would like to thank with all its heart the player's contribution to the enhancement of the institution and wishes him the best in his personal and professional life."

Since the statement came out, Barcelona president Juan Laporta clarified the situation in more detail during his emergency press conference.

"The reason why we have decided that we have to get to this point is because of the economical situation of the club and that an investment of that volume with the contract of Leo Messi was risky," Laporta explained.

"A lot of aspects had to be negotiated: Leo's contract needed to be compatible with fair play, it needed to be of a certain duration, because he's the best player in the world and he has other offers of course."

He then went on to answer questions from the audience on what's next for the Argentinean International: “I don't want to generate false hope, during the course of negotiations, we knew that Messi had other offers and there was a time limit both for us and Messi.

"Messi also needs to be given time, if fair play continues to be rigid, the player also needs some time to see what he'll do, evaluate his situation and look at other options."

Early indications in the media show that French giants Paris Saint-Germain are the favourites to acquire the services of the Copa America winner this term.

The Parisians have already reportedly made the first contact in an attempt to make the dream front three of Messi, Neymar, and Mbappe a scary possibility.

These reports have translated too when it comes to the latest odds on where the 34-year-old could end up in this transfer window as we move towards the back end of it.

Betfair have made the Parisians favourite to reunite Messi with his close friend Neymar at odds of 3/10.

Manchester City manager Pep Guardiola, who is known to have a good relationship with the six-time Ballon d'Or winner had odds priced at 5/1 to reunite with the player that won the several Champions League titles during the Spaniard's managerial rein in Catalonia.

In terms of where the big three London trio are priced on the list of potential suitors for Messi according to the bookies doesn't make great reading if you are a fan of one of those clubs.

Unsurprisingly, Chelsea are the favourites of London sides to land Messi, but they are being priced at 20/1 to sign arguably the world's best player

Arsenal are being priced at 33/1 to bring the 34-year-old to north London this summer, whilst their arch enemies Tottenham are directly below them in the list at 40/1. 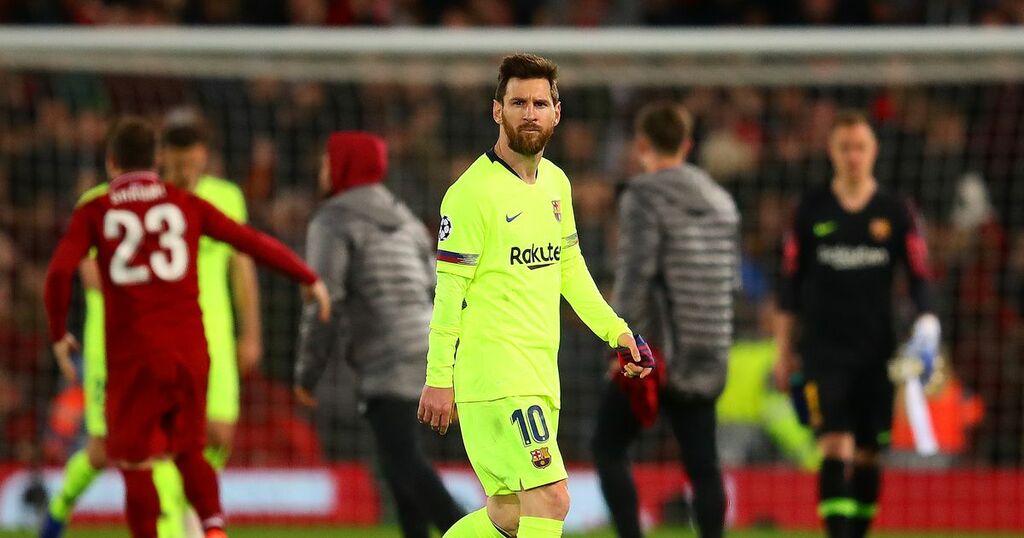 Liverpool Echo
From analysis to the latest developments in health, read the most diverse news in one place.
PSG make first contact for Lionel Messi transfer ahead of Chelsea and Manchester City

Lionel Messi nearly became a Chelsea player in 2014, and there are fresh rumours linking him with a move to…

AFP
One place to find news on any topic, from hundreds of sites.
Lionel Messi has praised Mason Mount as Chelsea linked with transfer for ex-Barcelona legend

The Argentine has already admitted his adoration for the Chelsea player, but could Messi be joining this summer at Stamford…