Where are they now? Arsenal's XI that lost 4-2 to Nottingham Forest in the 2018 FA Cup 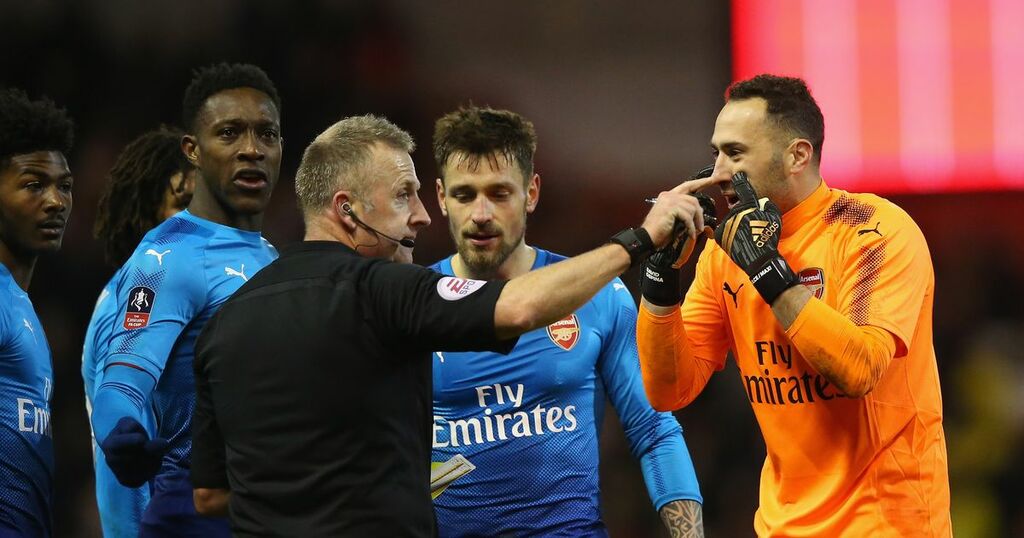 No club has won football's oldest competition more than the Gunners after Mikel Arteta guided the club to their 14th FA Cup crown back in the summer of 2020.

However, that does not mean Arsenal are immune to the very trait that makes the competition one of the most exciting in all of football.

Giant-killings and underdog victories are part of what makes the FA Cup so special and Arsenal have been on the receiving end of their fair share.

The most recent of which came away at a Nottingham Forest side that were without a manager and struggling in the Championship back in 2018.

HAVE YOUR SAY! Will Arsenal win a 15th FA Cup this season? Comment below

The Gunners faithful were confident of a win given Arsenal were still under the stewardship of club icon Arsene Wenger at the time, with the Frenchman yet to taste defeat at the third round stage of the FA Cup in his entire 22-year reign.

However, what materialised on that memorable Sunday afternoon at the City Ground would live long in the memory of both sets of fans who witnessed it.

Forest ran out 4-2 victors on the day to hand Arsenal their first third-round elimination since a 1996 replay defeat by Sheffield United while Bruce Rioch was still at the helm for the Gunners.

Though no one knew it at the time, the game also marked Wenger's final FA Cup game in charge of Arsenal before he stepped down from his post five months later.

It was not to be a fitting end for a man who had won the most FA Cups of any manager in the competition's history.

Arsenal meet Forest again on Sunday just over four years on from the exact date of this defeat at the same stage of the competition.

Plenty has changed in the Gunners camp in that time as Arsenal continue their resurgence out of their post-Wenger demise.

Of the eleven players that started at the City ground four years ago, just four remain on the books in a playing capacity.

Goalkeeper David Ospina left the club on loan at the end of the 2017/18 season before making his switch to Napoli permanent the following summer in the wake of Bernd Leno's arrival.

Right-back Mathieu Debuchy was purchased from Newcastle with high hopes in 2014 but made just 30 appearances in all competitions during his four-year stay in north London.

Much like Ospina, Debuchy called time on his Arsenal career at the end of the 2018 season with the clash against Forest the last time he donned the Gunners shirt before returning to France with Saint Etienne.

Per Mertesacker notched Arsenal's first goal of the afternoon in what was also one of his final outings for the club.

The German central defender has since called time on his playing career and become the head of Arsenal's academy operations as well as briefly helping the club's first-team in the wake of Unai Emery's sacking in late 2019.

The remaining two defenders that made up Arsenal's backline that afternoon remain at the club in Ainsley Maitland-Niles and Rob Holding.

However, Holding enjoys a far less prominent role in the Arsenal side these days while Maitland-Niles is on the cusp of a loan exit to Italian giants AS Roma.

One half of the two players in Arsenal's midfield remains a Gunners player in Mohamed Elneny, though Joe Willock left the club as recently as last summer's transfer window.

The 22-year-old was purchased on a permanent basis by Newcastle United for £25m after he broke Premier League records during his overwhelmingly successful six-month loan spell at the tail-end of the 2020/21 campaign.

The final player to feature that day that is still be employed by Arsenal can be found on the left flank of their attacking midfield in Hale End academy graduate Reiss Nelson who has since joined Dutch outfit Feyenoord on loan.

Alex Iwobi and Theo Walcott both departed for Everton for a staggering £60m combined fee, though only Iwobi remains at Goodison Park after Walcott returned to where it all began for him in Southampton.

The former Manchester United man is another talent who has since left after departing Arsenal at the end of his contract to join Watford.

The Hornets were relegated during Welbeck's only season at Vicarage Road before he put pen to paper on a deal with Graham Potter's Brighton & Hove Albion side where remains to date.