Where Are Shang-Chi’s Ten Rings From? Don’t Trust The Comics 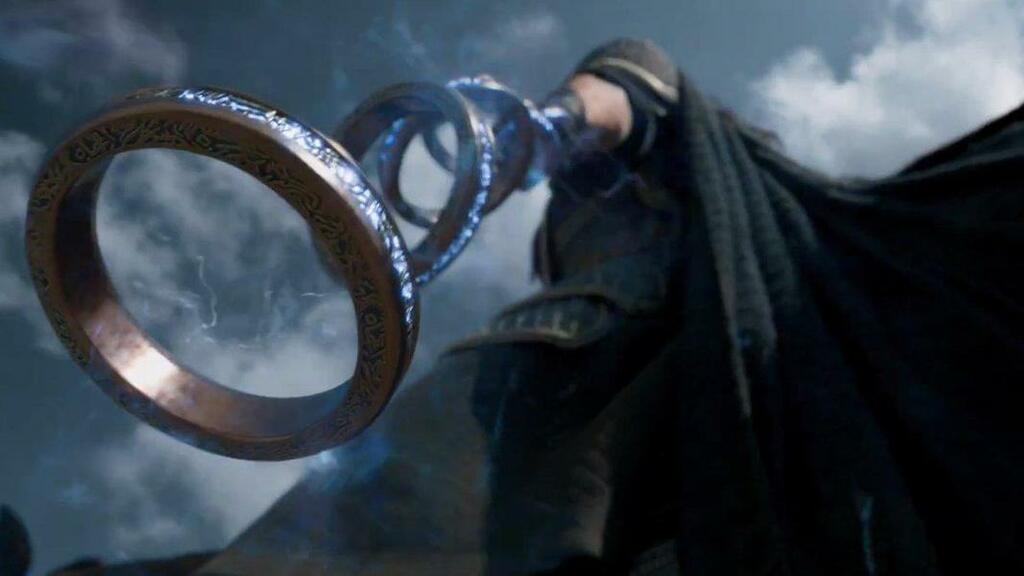 Shang-Chi is busy destroying box office records and racking up sky-high critical and audience scores, but many viewers will walk away from the film with the same question.

“What’s the deal with those rings?”

The Ten Rings are central to the story, the vessel for The Mandarin to exercise dominance over the world, but even if they are eventually transferred to Shang-Chi, their origin is never explained, and the film ends with the idea that this is going to be an important mystery for the MCU to solve.

On film, the Ten Rings are unlike really anything we’ve seen since maybe Yondu’s whistle arrow, and here, they’re a blend of tech and mysticism with a purposefully murky origin.

The after-credits scene of Shang-Chi, the first one, has Wong, a mystical expert, consulting Bruce Banner, a scientific expert, and Captain Marvel, an alien expert, about their origin. In short, no one has any clue where these rings are from and what they actually are. But it’s discovered that they are broadcasting some sort of beacon to…somewhere.

So, what are the Ten Rings? While the comics does have an answer, I’m not so sure we can trust it to be a roadmap for what Marvel has planned going forward here. After all, Shang-Chi did not rely on a specific storyline for the plot of the film, as though it used elements of the character and its comic history, this was an original tale.

Even the rings themselves changed. The Ten Rings were not armbands, but ten finger-rings of power, each with their own unique abilities. That was totally changed for the film (and no doubt made all those fight scenes much, much better).

If you look at the comic origin for the Ten Rings, things get a bit…weird.

The Ten Rings are actually power sources for an alien spaceship created by the Makluans, a race of space dragons. The Mandarin originally got his hands on them by finding a crashed Makluan ship and killing Axonn-Karr, who warned him against taking the Rings.

If we were following the comics, presumably, the idea might be that the Ten Rings are calling out as a beacon to the Makluans, a race which includes the likes of famed comic dragon Fin Fang Foom, which many thought may show up in Shang-Chi.

But this is where things get confusing. The Makluans and Fin Fang Foom are not in Shang-Chi, even though we are intimately dealing with giant magic dragons. The “Great Protector” does not appear to be a Makluan alien, but rather a mystical being in the Ta Lo dimension, and what seems like it’s being indicated to me is an idea that perhaps, we’re not teasing a race of space dragons as an invading force in the future of the MCU, which would seem a bit odd after dealing with different giant dragons in Shang-Chi’s premiere.

In short, I don’t think we can know what Marvel has planned for the Ten Rings, but I would not be surprised to see them rewriting their origin story to better suit their purposes. In truth, we don’t actually know for sure what Marvel’s big bad threat is supposed to be for this coming phase, similar to how we eventually got to Thanos. There seems to be a team of anti-Avengers being assembled (Yelena Belova, US Agent) but on the cosmic level, Eternals is teasing the arrival of Eson the Searcher, a Celestial, that some have gotten confused with Galactus. And yet many think it’s Galactus himself who will eventually be the next main threat of the MCU, given that we’re getting a Fantastic Four movie down the road here. The other option is Kang the Conqueror, after the multiverse-based events of Loki.

I just don’t really see the Makluans fitting into all this, or them being the answer to the Ten Rings tech or the “beacon” question in Shang-Chi. I may be wrong and this is definitely supposed to be some sort of Fin Fang Foom teaser for a sequel, but I think something else is at work here.