Where are Girls Aloud rivals One True Voice now - from X Factor, babies and US success 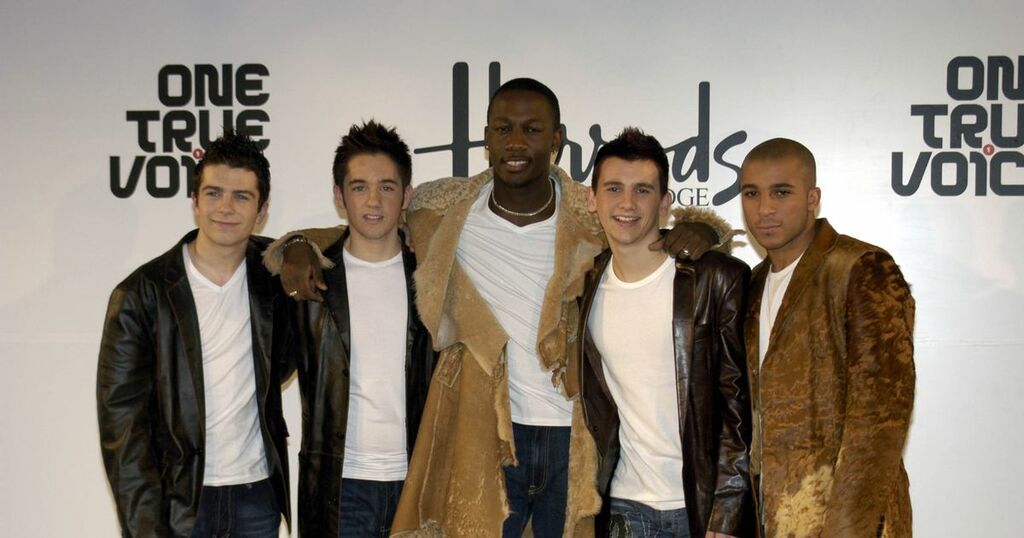 One True Voice rose to fame on Popstars: The Rivals alongside the now world famous Girls Aloud in 2002.

Members of the boyband - Anton Gordon, Matt Johnson, Keith Semple, Daniel Pearce and Jamie Shaw - battled it out with the girl group that year in a bid to win Christmas number one.

Despite coming second place and losing out on the top spot and vanishing from the limelight as a group, the five lads have enjoyed glittering careers - including finding fame in America.

Their single Sacred Trust was beaten by Girls Aloud's Sound of the Underground as it took first place.

From there on, Cheryl, Kimberley Walsh, Nadine Coyle, Nicola Roberts and Sarah Harding were launched into the world of music, while the boys called it a day a year later.

But where are they now and what are they up to?

He is a talented singer-songwriter and still remains a strong lover of music.

Anton tried to make a comeback through Simon Cowell's X Factor in 2006 - but it didn't quite work out.

He failed to make it through to the preliminary rounds to perform in front of the judges.

These days, he shares incredible singing clips on social media and often pleases his fans by taking their song requests.

After the band split in 2003, Matt went on to sign a deal with Jive Records.

However the partnership ended in a disagreement over musical direction, so he appeared on X Factor in 2004 but only made it to boot camp.

Matt, who is a proud dad-of-two, later founded his own label by the name of Tristar Records.

He now focuses on putting out other artists' music, as well as his own.

Proving he still has such talent, Matt gets more than a million monthly streams on Spotify.

The Northern Irish star has been busy on the music front as he has been in several bands since One True Voice split.

In the mid noughties, Keith moved to Chicago and ended up joining 7th Heaven as the group's frontman.

Then in 2010, he secretly auditioned for American Idol, but he didn't get very far as Simon Cowell was not a fan of his audition.

He later had to withdraw from the competition due to an immigration issue.

Taking another shot, he appeared on the US version of The Voice, and landed a spot on Maroon 5 singer Adam Levine's team.

His dreams were cut short as he was kicked off the competition after the very first live show.

Now, he fronts his band Semple and is continuing to make music.

Daniel has collaborated with some major artists since 2003.

He has provided backing and lead vocals for some of the biggest names in dance music - including the likes of Basement Jaxx and Chris Malinchak.

The star even provided backing vocals for Dizzee Rascal's Dirtee Disco and ended up performing with him on Top of the Pops.

Daniel tried out X Factor in 2009, just like a few of his fellow band members.

He made it to the judges' houses, but didn't get through to the live shows.

These days, Daniel is in the funk band Shuffler, which he formed with ex members of Jamiroquai.

The dad-of-one found his own success when the band parted ways, as in 2006 he supported US band the Backstreet Boys on tour in the UK.

But he had a change of heart in 2014, when he swapped music for a career in TV.

Jamie became an executive publicity assistant for the BBC's Doctor Who.

He is now married - to wife Danieella - and the couple have a beautiful, happy family.