When you buy diamonds, think of Bucha

Consumers should think twice when buying diamonds that could be funding Russia's war, a Ukrainian diplomat said on Friday as a fraught international conflict diamond forum in Botswana came to an inconclusive end.

The Kimberley Process (KP), a coalition of governments, the diamond industry and civil society representatives responsible for certifying diamonds as conflict-free, is split over a push to expand its definition of conflict diamonds to include those funding aggression by states.

Russia - which invaded Ukraine four months ago - holds a 33% stake in Alrosa, which accounted for about 30% of the world's diamond output last year.

Neither Russia's KP envoy nor a spokesperson for Alrosa immediately responded to a request for comment.

"When you see Bucha, Irpin, Gostomel, all those atrocities [...] I think they should think twice when they are buying diamonds that can be of origin of Russia, because they are basically sponsoring the killings," Ukraine's ambassador to South Africa, Botswana and Mozambique Liubov Abravitova told Reuters.

Ukraine has accused the Russian military of executing residents of Bucha, a town outside the capital Kyiv that Russian troops had occupied for several weeks before withdrawing, where images of corpses scattered in the streets drew widespread condemnation from the West.

Russia has denied targeting civilians during what it calls a "special military operation" in Ukraine, and has rejected allegations that its forces have committed war crimes.

Russia's deputy finance minister Alexey Moiseev said in a May 20 letter that the situation in Ukraine has no implications for the Kimberley Process and is "absolutely beyond the scope" of its certification scheme.

Australia, Britain, Canada, the European Union, Japan, Switzerland, the United States and civil society groups supported Ukraine's push to discuss Russia at the KP meeting in Botswana, but were met with opposition.

Because it makes decisions by consensus, the rift over Russia risks rendering the KP ineffective. Civil society and some state participants are calling for the decision-making process to be reformed, and the leading diamond industry group on Friday acknowledged the push for change.

"There seems to be strong support for further reforms, including that of the conflict diamond definition," World Diamond Council president Edward Asscher said during the closing ceremony of the KP meeting in Kasane, northeastern Botswana.

Consumers' growing demand for clarity on the origin of diamonds will likely put pressure on the KP to make reforms, Abravitova said.

A three-yearly review of the KP certification scheme is due next year, and reforms will be discussed at the KP's plenary meeting set for November, Jacob Thamage of Botswana, the KP's current chair, said.

(Reporting by Helen Reid in Johannesburg, Editing by Tim Cocks and Emelia Sithole-Matarise) 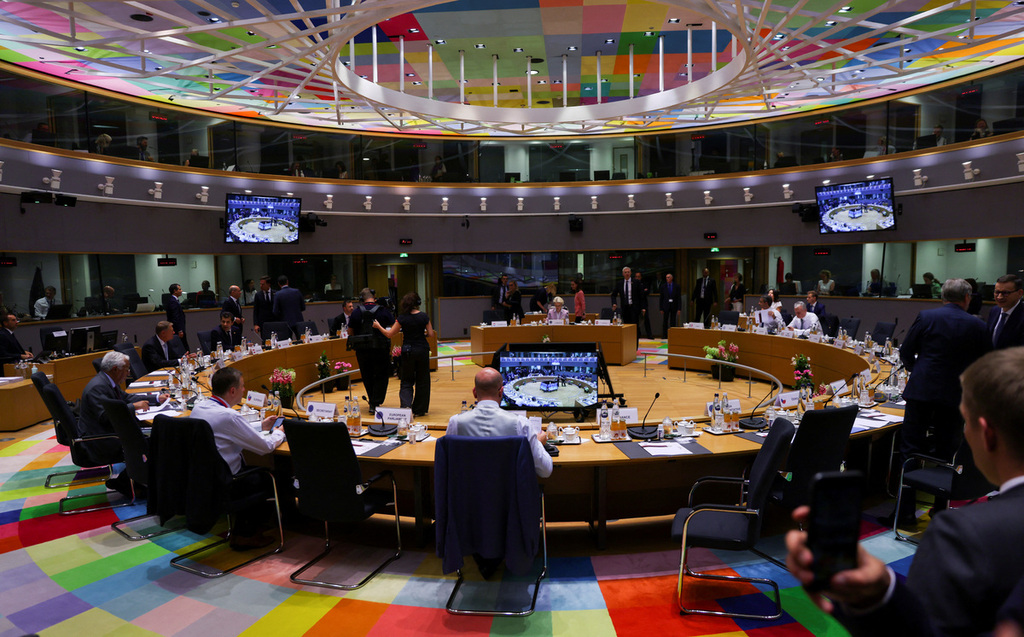 Reuters
Ukraine is set to become an official candidate for EU membership, here's what that means

Ukraine is set to become an official candidate for European Union membership. Here's what that means.