When will the travel traffic light system end? 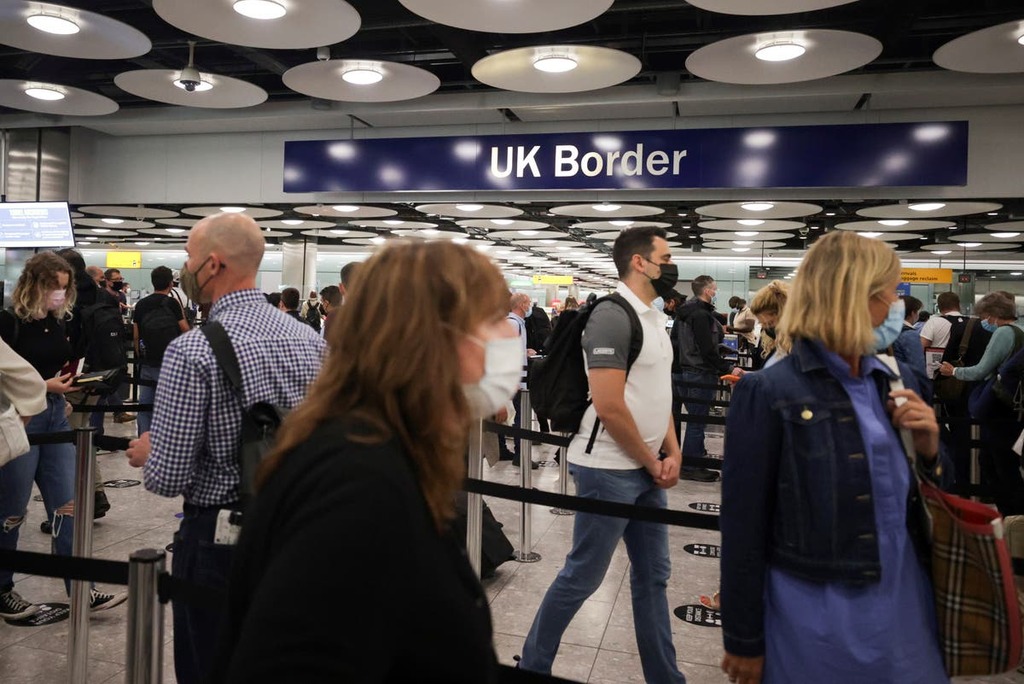 The UK government’s controversial traffic light system for international travel remains a source of confusion and frustration for travellers and industry insiders alike.

Non-essential international travel resumed in the UK on 17 May under this new approach, with destinations graded as red, amber or green according to the level of risk of travellers reimporting Covid-19 infections.

The “green list” was first revealed on 7 May, with regular updates taking place approximately every three weeks ever since, with countries moving on and off of different groups depending on their perceived risk.

But now numerous sources claim that the traffic light system is set to be scrapped.

Here’s everything we know so far.

Will the traffic light system end this month?

The BBC has been briefed that the existing traffic light system is set to be scrapped, according to anonymous sources.

According to the report, the new approach “would allow vaccinated travellers to go to countries with similarly high levels of vaccination as the UK without the need for quarantine”.

The government has reportedly asked senior travel industry leaders to make proposals for a new system around international travel, which will replace the current traffic light lists.

An anonymous source who has also been “briefed on the proposal” told The Telegraph: “What it means is that green and amber disappear and only vaccination status will count for where you travel. For a vaccinated person, just as now all countries apart from red are ‘green’.

“For an unvaccinated person, it means that your travel to a green country might be slightly more difficult. There’s a potential psychological boost in that a lot of people think travel to amber is risky whereas if it disappeared, people may be more willing to travel to X, Y or Z.”

And the PC Agency’s CEO, Paul Charles, who has been sharing industry updates throughout the pandemic, also tweeted: “The traffic light system is expected to be scrapped by 1st Oct – at last. Airlines and some of us in the sector are aware of plans to create a simpler system, where countries are either red or not. This would be the US model in effect, which I’ve been calling for.”

The Department for Transport has not confirmed any changes to the travel system so far, saying only: “Our international travel policy is guided by one overwhelming priority - protecting public health.

The checkpoint the DfT is referring to is the global travel taskforce review, which is a separate review of the travel system to the usual traffic light list updates.

What have travel industry figures said?

Speaking to The Independent, he said: “The traffic light system needs to be scrapped.

“This monstrously stupid system, that requires passengers from Europe to be double vaccinated and get a PCR test, doesn’t help deal with the Covid problem.

“We need to get on with a return to normality.”

Martin Chalk, the acting general secretary of the British Airline Pilots Association (BALPA), added: “Our current transport secretary has presided over the worst two summer seasons in aviation’s global history and we have lost confidence in his support for aviation.

“We’ve seen him waste time on ineffectual task forces, implement confusing traffic light systems and undermine public confidence whilst doing little to help those at the sharp end of the Covid crisis.”

A recent survey published by the pilot’s union reveals that 98 per cent of pilots do not have confidence in transport secretary Grant Shapps’ support for the aviation and travel sectors.

And Mark Tanzer, chief executive of Abta, the travel association, said: “The opening up of international travel from the UK is progressing at a snail’s pace – making it extremely difficult for travel agents and tour operators to generate enough income to kickstart a recovery, which is desperately needed to protect jobs, businesses and livelihoods.”

What has the government said about the system?

But he predicted that vaccination status “will be a feature [of travel] for ever more.”

A spokesperson for the Department for Transport (DfT) told The Independent: “Decisions on red, amber or green list assignment and associated border measures are taken by ministers, who take into account the Joint Biosecurity Centre’s public health risk assessments, alongside wider public health factors.”

When will we know more?

Previous updates to the UK’s international travel rules took place on 3 and 24 June, 14 July, 4 and 26 August.

The lists are updated “every three weeks”. The next review will happen on or around 16 September, with changes likely coming into effect at 4am the following Monday (20 September).

Amendments to the lists will be informed by public health advice, including the Joint Biosecurity Centre’s assessment of the latest data.

“These regular review points will allow the government to balance helping the public to understand Covid requirements when travelling to England while allowing us to constantly evaluate the risk for different countries,” according to the Department for Transport (DfT).