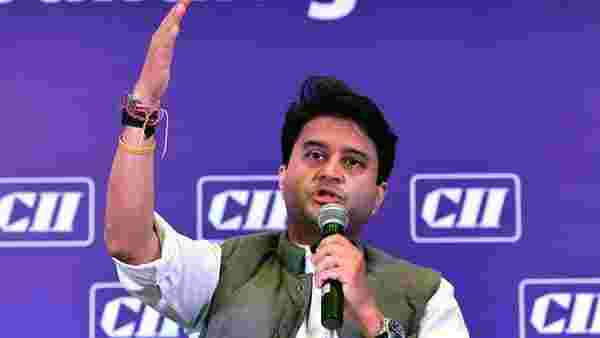 The Union Minister for Civil Aviation Jyotiraditya Scindia said that the government is evaluating the process for normalising international operations and asserted that it wants to return to normalcy while keeping in mind the Covid pandemic in certain parts of the world.

As a possible indication that overseas flight operations are unlikely to be fully normal in the near term, the minister said that people should not let down their guard.

"Let me commit to you that we are evaluating that process. We want to return but keeping in mind what is happening in the world... today what is happening in Russia, parts of Europe, they are going through a fourth wave with the vaccine. Let us not erase our short-term memories so soon," the minister said.

Under an air bubble arrangement between two countries, international passenger flights can be operated by their respective carriers into each other's territories subject to certain conditions.

Domestic flights have been allowed to operate with full capacity in October.

Regarding high ATF (Aviation Turbine Fuel) prices, Scindia urged states and union territories to reduce Value Added Tax (VAT) on fuel. The minister said that even states and Union Territories have slashed their VAT on ATF so far.

"With the current tax structure on ATF...you can't have a robust civil aviation sector. I'm very clear on that," Scindia said on Thursday while inaugurating a curtain raiser event about Wings India, 2022 which is Asia's largest event on Civil Aviation.

Recently, the Madhya Pradesh government decided to reduce the VAT on ATF to 4% at Bhopal and Indore airports, a move it hopes will bring down airfares.

Currently, VAT on ATF was 25% at Bhopal and Indore airports, and with the decision to slash it taken by the state cabinet, it will come down to 4%.