When the Climate Crisis Becomes Unignorable 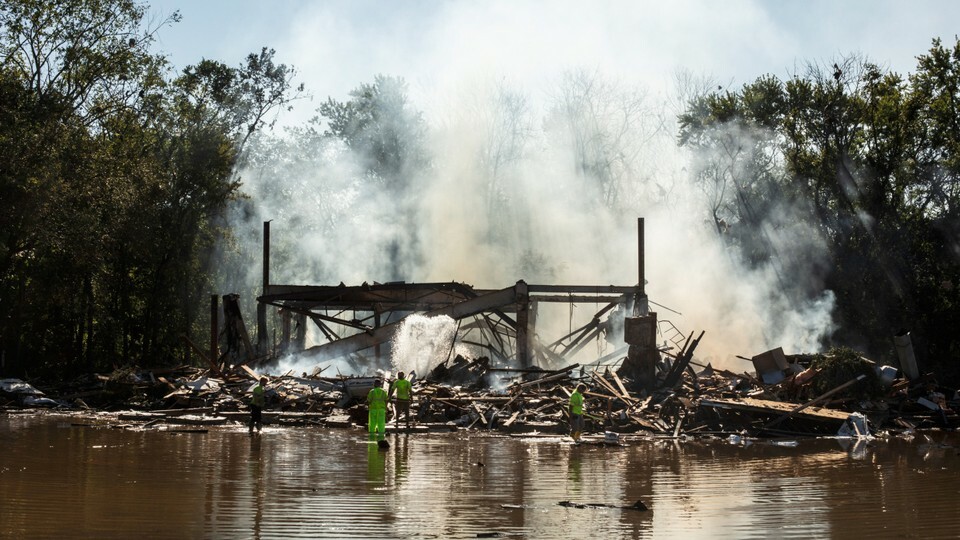 In retrospect, last week was an interlude. Hurricane Ida had made landfall in Louisiana as a violent Category 4 storm over the weekend, displacing thousands and killing more than a dozen people, but a certain kind of worst-case scenario had been avoided: New Orleans’s levees and pumps had held, thank goodness. The city’s electricity system did not, alas, and some of its suburbs succumbed to the waters—but the city’s decision not to evacuate had been vindicated.

But then on Wednesday night, Ida’s remnants rolled into the Northeast, drenching the most densely populated part of the country with record-breaking amounts of rain. At least 52 people have died in the region. In many cases, the victims died because water fell from the sky faster than any infrastructure could dispose of it. A 46-year-old mother in Bridgewater, New Jersey, was swept away by floodwaters on a major highway while trying to escape her SUV; a three-person Nepali family drowned in their basement apartment in Queens.

And this is just a sample. One of Philadelphia’s biggest highways turned into a canal. Seven tornadoes touched down as Ida blew through, leveling homes and farms. Some parts of central New Jersey received more than nine inches of rain, at a rate of more than two inches an hour. I should know: I spent part of the holiday weekend helping my parents, who live in that area, move waterlogged boxes, clothes, and paper out of their deluged basement. For all the drama of climate change, dealing with its impacts is mostly drudgery.

I’ve been a climate-change reporter for nearly half a decade, so I can remember all the previous news cycles—the storms, the wildfires, the heat waves—in which we journalists insisted that climate change had arrived. The truth is that climate change has been arriving for 30 years, and it will keep intensifying until we do something about it.

Yet something does seem different about this Northern Hemisphere summer, like the ever-worsening weather has forced a kind of continual climate awareness. In California, nearly as many acres have burned so far this year as burned in the entire annus horribilis of 2018. The Pacific Northwest roasted under its most scorching temperatures ever; swaths of the American West suffered a now-normal fire-and-smoke season for weeks on end. In Europe, the Mediterranean suffered through its own blistering heat wave, then exploded in record-breaking wildfires. And in China, 302 people died when enormous rainstorms flooded streets and a subway tunnel in Henan province; two weeks later, another 21 people died in a different flooding event to the south.

There’s some statistical backup for this feeling, at least here in the United States. Nearly a third of Americans live in an area where a federal disaster  occurred this summer, according to a new Washington Post analysis, and at leas 64 percent of Americans suffered through a multiday heat wave this year. Since June, more than 380 Americans have died in some kind of extreme weather event.

I do not know exactly what to say about this depressing statistic, but I have two thoughts that might help serve as a starting place.

A few weeks ago, a reader emailed me to say that a friend of theirs was using my reporting to justify their own doomerism—the idea that the climate is so broken that we are powerless to stop it, that we should just ignore it and enjoy our lives. This is, I believe, a very naive point of view. Climate change is more like a debt than a terminal diagnosis. If we ignore it today, we (or our descendants) will only have more work to do in the future. Besides, if we do find a way to address it, then we will have found a way to make human prosperity compatible with a thriving biosphere. Because it is Rosh Hashanah, the Jewish New Year, I am thinking of the teaching of the first-century rabbi Tarfon: “It is not your duty to finish the work, but neither are you at liberty to neglect it.”

We should take comfort in the fact that New Orleans’s levees, floodgates, and flood walls—constructed at a cost of $14 billion by the federal government—held. That is, it is possible to protect people against the nightmarish atmosphere, but it will require billions of dollars of investment and retrenchment. In the next few weeks, Congress will decide whether to pass President Joe Biden’s $3.5 trillion infrastructure package, which would become the most significant American climate mitigation and adaptation law ever passed. It concerns me that Senators Joe Manchin and Kyrsten Sinema have said that that bill might be too large. In such an emergency, it is far too small. Think about how much climate change has intensified in the past five years. And then think about how much it will intensify in the next five years, and what happens if we have no levees to protect us.