When is the Sex and the City spin-off: And Just Like That release date? (Everything we know so far!) 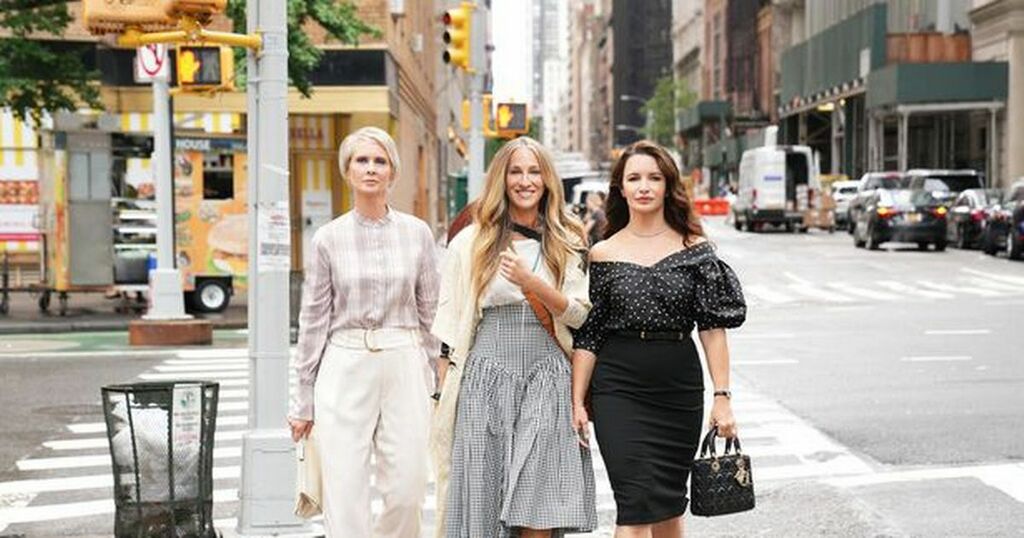 Fans of the show have been eagerly awaiting the spin-off show, titled And Just Like That..., for months and the cast have been promoting it on social media since January.

Sarah Jessica Parker has been sharing sneak peeks from the set, and you'll be pleased to know some of your favourite characters from the original series will be back on your screen.

Read more: Where was The Larkins filmed as Bradley Walsh and Joanna Scanlan star in ITV series?

From the release date to the cast, read on to find out everything we know so far about the HBO Max show.

What are the Sex and the City: And Just Like That filming locations?

Sarah Jessica Parker, who plays Carrie Bradshaw in And Just Like That, and her co-star Chris Noth (Mr. Big) were spotted filming the new series in Paris on Monday, October 11.

They were seen shooting on Passerelle des Arts, a footbridge over the River Seine, with the leading actress wearing a lacy cardigan and show-stopping floral dress, while Noth donned a dark suit.

The show has also been filmed throughout Manhattan in New York, where Sex and the City was also set, in locations such as the Whitney Museum and East Pole in the Upper East Side.

When is Sex and the City: And Just Like That release date and where can you watch it in the UK?

And Just Like That... is due to be released in December 2021 on HBO Max. Currently, an exact date has not yet been revealed.

The UK release date for the 10-part Sex and the City reboot has not been announced, either, but it is likely to be close to America's.

While HBO Max is not currently available in the UK, the US channel has a longstanding agreement with Sky Atlantic to air its shows, such as Game of Thrones.

Therefore, it's likely to be released on there, but keep an eye out for more information on where you can watch it closer to the time of its release.

Who is in the And Just Like That cast?

Returning from the original Sex and the City core cast is Sarah Jessica Parker as Carrie Bradshaw, Cynthia Nixon as Miranda Hobbes, Kristin Davis as Charlotte York and Chris Noth as Mr. Big.

However, Kim Cattrall (Samantha Jones) won't be featuring in the series and nor will her character.

"Friendships fade, and new friendships start. So I think it is all very indicative of the real stages, the actual stages of life."

Parker told a fan on Instagram: "Samantha isn’t part of this story. But she will always be part of us. No matter where we are or what we do."

The cast is set to reflect a more diverse approach to the show, with the series co-writers Michael Patrick King and Parker wanting to be "Very, very conscious about understanding that New York has to reflect the way New York looks today", according to Bloys.