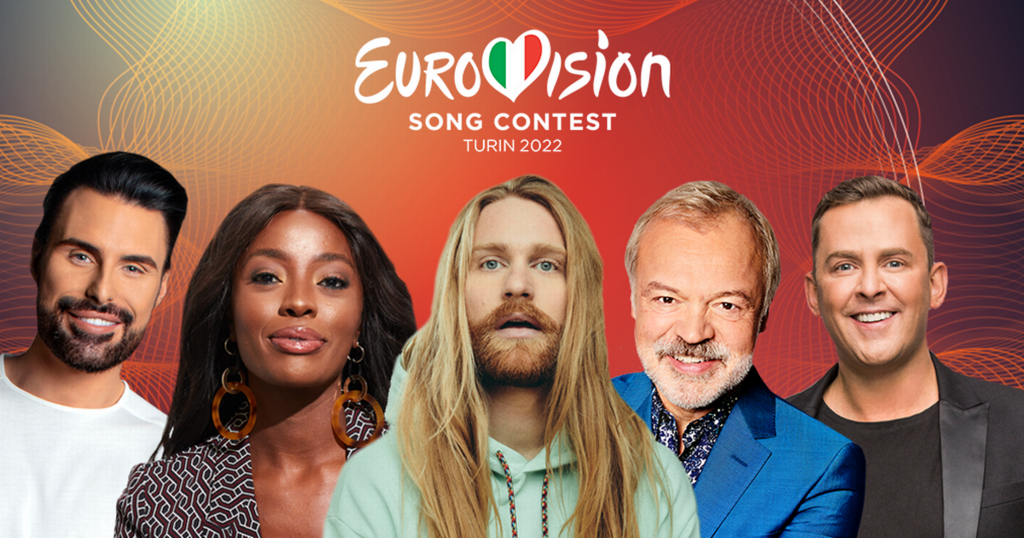 When is Eurovision 2022 on TV? Song contest's start time, how to watch and final running order
The popular music competition returns for the 66th edition this weekend

Chronicle Live
One subscription that gives you access to news from hundreds of sites
Eurovision 2022: What time is it on TV, how to watch and the final running order

When is Eurovision Song Contest final? Who is UK entry and how many times have we won?

Artists from across the globe are heading to Turin, Italy for this year’s Eurovision Song Contest, with 25 acts taking to the stage for the grand final.

Ukraine is one of them, with the bookies putting the odds in their favour to win the whole show.

Meanwhile, Russia won’t be there, as the nation as been banned from participating following its invasion of its neighbour.

Once again, the UK will be in the final, as part of the Big Five, the nation gets a guaranteed place each year, alongside France, Germany, Spain and Italy.

A total of 35 countries also competed in two semi finals, which took place on May 10 and 12. From these countries, 20 made it to the big final.

Here's everything you need to know ahead of the event.

What time is Eurovision on?

The Eurovision Song Contest grand final will air on Saturday, May 14.

It will be available to watch on BBC One at 8pm, with Graham Norton once again returning to presenter the show for UK audiences.

All the semi-finals were broadcast on BBC Three and are available to catch up on the BBC iPlayer now.

If you miss the final, that will also be available to watch on iPlayer following the initial broadcast.

The service also broadcasts shows live, so you can watch the final in real time on the app.

Who is the UK’s act and what is their song?

He will be singing the ballad Space Man, a song that has already proved popular on social media ahead of the show.

Sam rose to fame during lockdown in 2020 while he posted clips of himself singing while stuck at home. He quickly caught people’s attention, with other musicians such as Justin Bieber and Alicia Keys liking his content.

He now boasts over 12 million follows on the TikTok and he is ready to take to the stage to represent the UK.

In a statement following his announcement, he said: “Having been a fan of Eurovision since I was a kid, I am so honoured to have been presented with the opportunity to sing at an event alongside some of Europe’s most talented creatives, performers and songwriters.

“I hope to sing my head off in a way the UK can be proud of, and to showcase a song I wrote with my friends last summer makes the whole experience even more special.

“See you in Turin, legends!”

How many times has the UK won Eurovision?

It may come as a surprise, but the UK has won five times in the past. Our first win came way back in 1967 with Sandie Shaw singing Puppet on a String.

Her victory meant that Eurovision was hosted from London for the first time ever in 1968. In 1969, the UK won again with Lulu performing Boom-Bang-a-Bang.

After that, the gap between wins started to increase, with the UK winning again in 1976 with Brotherhood of Man singing Save Your Kisses For Me.

The fourth time the UK took home the top prize was in 1981 with Bucks Fizz performing Making Your Mind Up.

Finally, Katrina and the Waves won the show with Love Shine a Light in 1997.

It’s been an unbelievable 25 years since the UK won the show and with the bookies placing their bets on Ukraine winning this year, it could end up being 26.

When is Eurovision 2022 on TV? Song contest's start time, how to watch and final running order
The popular music competition returns for the 66th edition this weekend

Chronicle Live
One subscription that gives you access to news from hundreds of sites
Eurovision 2022: What time is it on TV, how to watch and the final running order