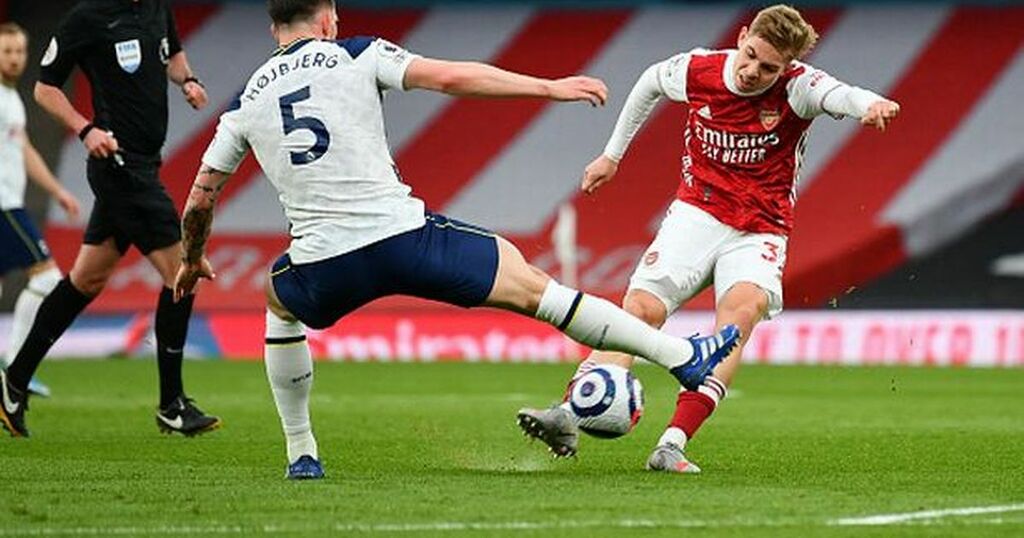 The mood in the Arsenal and Tottenham camps could not be any more different. The Gunners have zero wins from three games, with Spurs the complete opposite, winning all three of their games so far after the August fixtures in the Premier League.

The best part of a long, hard season is still to come, however, and coming up on the horizon is the first North London Derby of the campaign.

Arsenal will be the first to host, with the game set to be played at the Emirates Stadium on Sunday, September 26, at 4:30pm.

While the season is still in its preliminary stages, Arsenal coach Mikel Arteta will already be feeling the pressure - and there are few better ways to alleviate that than a derby win.

Nuno Santo, meanwhile, will get his first taste of the North London derby. He enjoyed a good recent record against Arteta's side at his old club Wolves, including a league double last season.

How to watch Arsenal vs Tottenham on UK TV?

The game will be the second of two matches in the sixth 'Super Sunday' of the season. It follows on from Wolverhampton Wanderers' trip to St Mary's to face Southampton at 2pm.

Both games will be simulcast on Sky Sports Premier League and Sky Sports Main Event.

If you're not a Sky Sports customer, you can check out their latest subscription packages or see if there are any discounts on the Sky Deals Page.

Can I still get tickets for Arsenal vs Tottenham?

Tickets for games in such high demand are mostly given to supporters with previous credits.

Hospitality tickets for the match can also be found here on Travelzoo. Prices for these, however, naturally come at a premium.