When can England qualify for 2022 World Cup in Qatar? 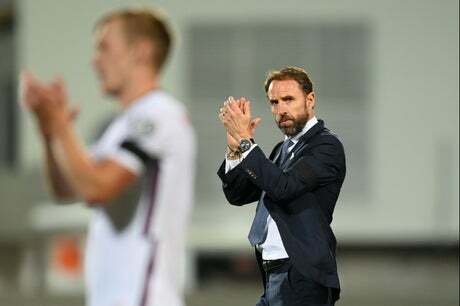 England’s quest to qualify for the 2022 World Cup in Qatar looks set to go down to the final group game after they were held to a 1-1 draw by Hungary at Wembley on Tuesday.

Gareth Southgate’s men had been in fine form in qualifying, winning six of their first seven games to sit top of Group I, the late equaliser they conceded away to Poland last month marking the only blot on that record up until now.

However, the draw with the Hungarians, coupled with Poland beating Albania in their clash in Tirana, means England’s lead at the top has been cut to three points and the Three Lions still need four points from their final two games to be sure of qualifying directly for the tournament.

Given their strong goal difference, however, the likelihood is that three points will be enough and with a game to come against San Marino on the final day, there will be little cause for alarm for Southgate.

Before that, they face Albania, when they could secure qualification with a game to spare were Poland to unexpectedly slip up against Andorra.

The ten teams finishing second in each group in the European qualifying arm will move into the playoffs, along with the two best-ranked teams from the most recent edition of the Uefa Nations League who fail to finish in the top two in their groups.

Those 12 teams will be split into three mini playoff tournaments, contesting semi-finals and a final to determine the final three European teams for Qatar.