When are the NFL games at Tottenham Hotspur Stadium taking place and who is playing? 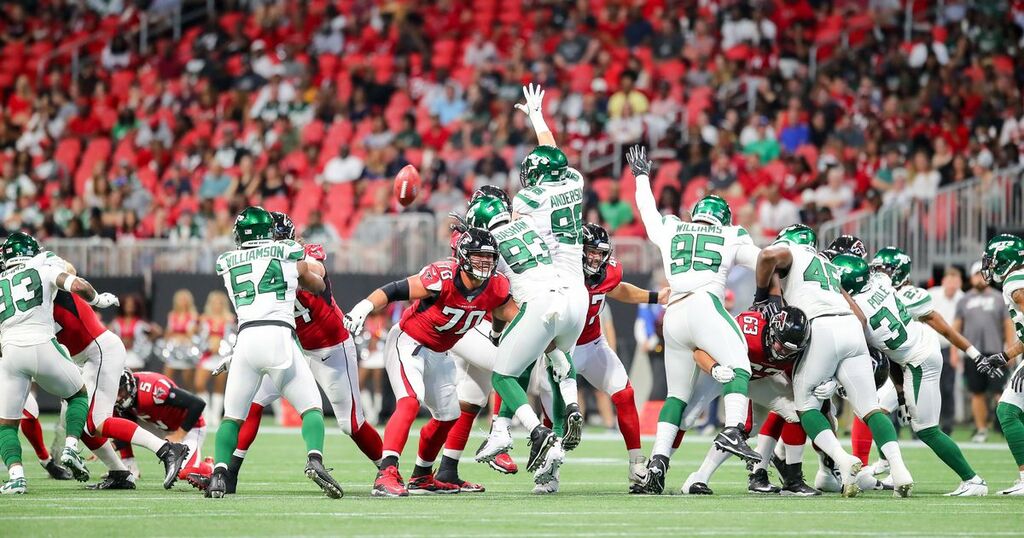 The NFL is back in London this weekend but instead of it being played at Wembley, a deal was agreed a few years ago to have a certain number of games at Tottenham Hotspur Stadium.

Spurs and Daniel Levy signed a 10-year deal with the NFL, which was meant to begin in 2018 only for stadium construction delays to thwart that, for more than two NFL games a season.

"All the credit needs to go to Levy," NFL UK director Alistair Kirkwood told the Daily Mail back in 2017. "We had various initial conversations with Spurs after they made the commitment to build the new stadium so the timing was good.

"Then you need someone like Daniel (Levy) with the vision to do something that hasn't been done before and to think really big. It's a combination between the timing and the vision.

"It did take a long time. Whenever you do something that's never been done before it's not straightforward. But Spurs' management and ownership had the vision to build the stadium that they imagined for us."

A host of American Football teams have already played at the Tottenham Hotspur Stadium, but who is playing this time around and when are these game week five and six games taking place?

Who are the teams that are playing in these fixtures?

The first contest that is taking place in N17 during game week five of the new NFL season is the underperforming duo of the New York Jets and Atlanta Falcons.

While it is still early days in the NFL season, the New York Jets currently find themselves bottom of the AFC East, while the Falcons are also bottom in the NFC South.

The Falcons have travelled without receiver Calvin Ridley and Russell Gage, the latter missing due to an ankle injury.

All the TV information for the game can be found here.

Next, during game week six of the season, a local rivalry back in the states will be played out in north London as the Miami Dolphins and Jacksonville Jaguars face off against each other.

Both teams lost in game week four of the season against the Indianapolis Colts and Cincinnati Bengals respectively.

As a result, both teams need a win in the USA during game week five of the season to help build momentum ahead of this crucial clash midway through October.

The Dolphins face the most recent Superbowl winners in the form of Tom Brady and the Tampa Bay Buccaneers on Sunday, October 10 at 6pm (BST), whilst the Jaguars face the less daunting Tennesse Titans side on the same day and at the same time.

When are the two NFL games taking place?

The Jets versus Falcons game is taking place at 2:30 pm (BST) on Sunday, October 10.

Meanwhile, a week later, the Dolphins and Jaguars meet at Spurs' home at 2:30 pm (BST) on Sunday, October 17.