When Albanese meets Macron, will they be talking about nukes — uranium sales rather than submarines?

“Nuclear”, “uranium”, “uranium exports” — they are loaded terms in Australian politics. Less so in France, where nuclear energy has long been a political consensus topic and your average French person lives in relative harmony with the atom.

Twenty years ago, opinion polling showed about two-thirds of the French were in favour of nuclear energy. A survey last October, precisely 10 years after Fukushima, showed a drop but still more than 50% in favour. The public sector Institute for Radiological Protection and Nuclear Safety found the French were not so much increasingly anti-nuclear as increasingly pro-renewables.

A recent investigation by Le Monde highlighted that over 16 years, three-quarters of French nuclear imports came from just four countries, including Australia.

These numbers equate with Australian government figures — close to 20,000 tonnes of uranium ore were sold to France between 2006 and 2020. This sale was conducted under strict provisions: via a nuclear cooperation agreement with France since 1981, and with the European Atomic Energy Community since 2012; assorted safeguards and protocol agreements; uranium mine export permits; and an elaborate system of cross-checks through all stages of the nuclear fuel cycle, involving French, European and Australian authorities and the Australian Safeguards and Non-Proliferation Office in particular.

Should there ever be an appetite for it in Australia, the potential for increasing uranium sales to France is substantial. Well before the election, French President Emmanuel Macron announced a major boost for the national nuclear industry, after some years of prevarication.

No fewer than six nuclear reactors would be built by 2037, with another eight on the drawing board in the years following to 2050. But France’s recent parliamentary elections, where Macron lost his absolute majority, risk putting a block on legislation through a range of policy areas.

Broad-based support, however, for nuclear energy means that with opposition groups, and especially the Gaullist right, Macron might yet stand up his energy plan. At any rate, under the constitution of the French Fifth Republic, the almost monarchical president and his cabinet have a vast array of powers. Plausibly, these could be twisted and turned to cover energy and specifically the semi-sacred notion of national energy independence, which is covered by nuclear power.

A recent Minerals Council of Australia report rather lamely argued the jobs potential of boosting Australian uranium mining — a furphy, or at least an exaggeration, as the sector is no great employer. But the paper rightly argued the benefits to be reaped from Australia’s image as a liberal democracy.

Now that former PM Scott Morrison is gone, that image, even with the French, may again start to come to the fore. Slowly. “If Australia has dumped on France, who’s to say it won’t again, or on other allies?” to paraphrase a foreign affairs specialist on French TV when the subs story broke. Albanese’s claim he won’t leak text messages might not be enough.

It’s ironic, but Macron would probably be happier to talk about expanding Australian uranium sales to France than an Australian prime minister whose economy would benefit from them. That is, if the subject comes up. 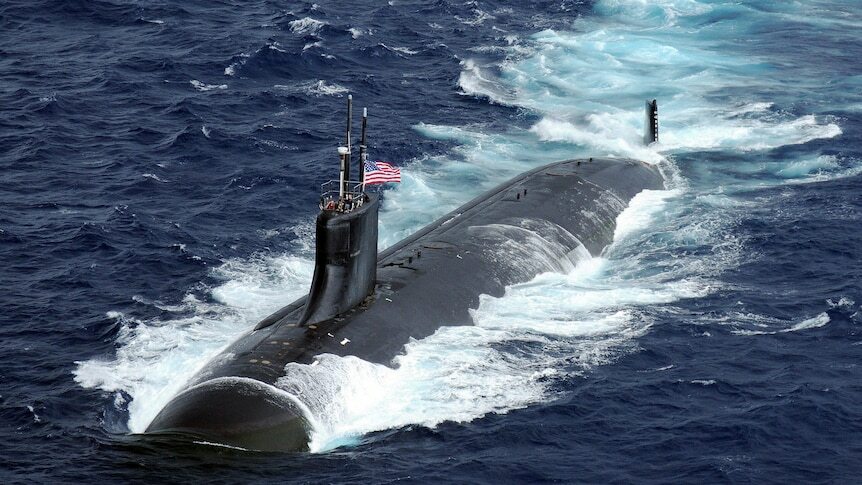 ABC News
One subscription that gives you access to news from hundreds of sites
Can nuclear energy come back from the grave?

Nuclear power has been in decline since the Fukushima disaster in Japan more than a decade ago, but it may…