Human beings are outliers in the animal kingdom in having such prominent, permanently enlarged breasts — which is either a huge boon or a crushing burden, depending on how you look at it.

Do you push them up? Squish them down? Will you let them swing loose and free, or must you wrestle them into a nylon-clad submission?

The answer depends on one’s mood, outfit, activities and destination. It also depends on what is available. This selection includes the push-up bra; the strapless bra; the bralette; the sports bra; and the stick-on bra.

But perhaps bras are the way of the past. The latest frontier in breast containment technology is something far more versatile that allows one to shape their chest according to their ever-evolving physical and sartorial needs, and that can also, in a pinch, be used to seal FedEx packages.

The idea of taping up one’s bosom to achieve a particular silhouette is nothing new. Transgender men and nonbinary individuals, for instance, have long used tape to bind their chests. And back in 2016, Kim Kardashian shared on the now-defunct KKW app that one of the secrets to her pneumatic red carpet figure was using duct tape to hoist her breasts up toward the heavens.

“Just brace yourself for when it’s time to take it off, LOL,” she wrote. (Ripping industrial adhesive off one’s soft flesh can both hurt and cause skin irritation and burst capillaries.)

But a growing number of companies have begun to ask the compelling question: What if there were a better way to tape up one’s breasts than with material originally designed for wrapping steel cables and electrical conductors?

Stephanie Montes, a former fashion and beauty editor, started Nue, her own brand of “boob tape” — as it is commonly called — in January 2020. The idea first occurred to her over a year earlier, when she was getting dressed for a cousin’s wedding. The jumpsuit she intended to wear had a plunging neckline that would have revealed any traditional bra, so she tried the Kardashian-approved duct tape method.

It kind of worked, except for the pinching, the wrinkling, the crinkling sound it made whenever she moved and the terrible pain she had to endure when it came time to remove it. “I was like, ‘Oh my God, why did I do this to myself?’” she said.

Online, Montes found a few brands that advertised such tape, but she felt alienated by the fact that these products generally only came in a single, light beige hue, and that they were often presented on young, airbrushed models.

“I don’t feel like this is a product for me,” Montes, who is Latina, remembered thinking. “However, if I can take this and create it in a way that’s going to make sense for everybody, and make everybody feel included, I think I can do that.”

It took Montes several months to design the packaging and find a manufacturer that could produce the waterproof, latex-free tape in three skin tones as she wanted. (The line has since expanded to four skin tones: light, light-medium, medium and dark.) When she finally had the product, she modeled it on herself and her friends, and posted videos on Instagram of herself applying it. “I wanted it to feel real,” she said.

Nue is still a small operation. Montes is the company’s only full-time employee, and her husband still helps her pack up big orders that need to be shipped out. But the brand has seen steady growth, even during a pandemic when most people weren’t out and about wearing their most revealing outfits (or even their bras).

Nue is now carried at fashion retailers such as Net-a-Porter and Revolve. “I think people are catching on to this wardrobe hack,” she said. “It’s not as crazy or scary as it used to seem.”

(Kardashian, the duct tape queen herself, started her own line of Skims “Body Tape” in 2019, but it is no longer available for sale on the company’s website.)

Abby Arad, a stylist whose clients include comedians and actresses like June Diane Raphael and Jessica St. Clair, said she has been a long time user of boob tape. “It makes everything so much easier because it’s so flexible,” she said. “You can literally cut the shape of whatever the top is, and then you have this custom-made bra.”

Arad said she likes to use the tape with halter tops, anything backless, plunging necklines or blazers without tops underneath. Some of her clients are hesitant when she first mentions sticking strips of adhesive to their busts, she said, but her enthusiasm for the product usually manages to win them over. “I speak with such confidence about it because I really have used it so often,” she said.

Undergarments have always evolved to reflect the aesthetic ideals of their time. Take the shift at the beginning of the 20th century from heavy corsets that emphasized curves, to more minimal bras.

As Valerie Steele, chief curator of the Museum at the Fashion Institute of Technology, said: “It was a shift in beauty ideals from a very voluptuous, high Victorian ideal, to a younger and slimmer ideal. What one fashion writer in around 1900 called ‘the shift from Venus to Diana.’”

Tape, in that case, would represent the shift from Diana to a surgically and graphically enhanced Instagram model. The rise in the use of filters and photo alterations, combined with the continued popularity of cosmetic procedures like breast lifts and augmentations, means that the aesthetic expectation has increasingly become that one’s breasts will appear full and perky, regardless of one’s age, physique or the force of gravity.

Tape allows one to achieve a more lifted look without surgery, companies say. Nue even calls one of its products “A Boob Job on the Go,” though Montes underscores that “it’s important that we are more gentle with ourselves and embrace our body types.”

Besides its aesthetic promise, the tape is also a product uniquely suited for the social media era. “Right now, everyone’s about making content,” said Nataree Leelapatree, founder of a company called the Boob Tape, which also started in 2020 and made, she said, $60,000 in sales in May.

There are only so many ways one can demonstrate taking a bra on and off. But there are infinite ways to apply boob tape. Tutorials by influencers on YouTube and Instagram show people of all cup sizes demonstrating the various ways one can tape up their bosom beneath even the most revealing and confusing pieces of clothing. There is the holster style, for a low-cut top; the crisscross; the bandeau. These videos last anywhere from 30 seconds to 30 minutes, and have tens of millions of views.

For the sake of thorough reporting, I tried the tape. I ordered some online, and on a Tuesday morning, taped myself up with moderate success. Although I like to think of myself as having a perky, D-cup personality, physically I have what medical professionals would describe as “a modest B-cup,” which only required four 6-inch strips to lift up.

My application was imperfect. My breasts looked lopsided at first, and I scrunched the tape slightly while making adjustments. Even so, I was eventually able to confidently put on a strappy tank top and go about my day, red-carpet ready.

It was freeing to have my breasts feel contained and unencumbered at the same time. (Was this what everyone meant by the term “secure attachment style”?) There seemed to be so many more minutes in the day when I wasn’t constantly readjusting an old bra that managed to be both gapingly loose and bruisingly tight at the same time.

Peeling off the tape that evening was not terribly unpleasant, and all of my skin stayed on my body, and my capillaries remained mercifully intact.

The promise of re-creating the appearance of one’s younger, fuller bust — a bust full of youthful potential and hope, unravaged by the sands of time — is one that has proved popular among consumers. Montes said she was not fully prepared for how great the demand for Nue would be. “To be honest with you, I was always like, ‘If we sell out this initial stock, I’m going to be happy,’” she said. “I really didn’t think it would take off the way that it did.” 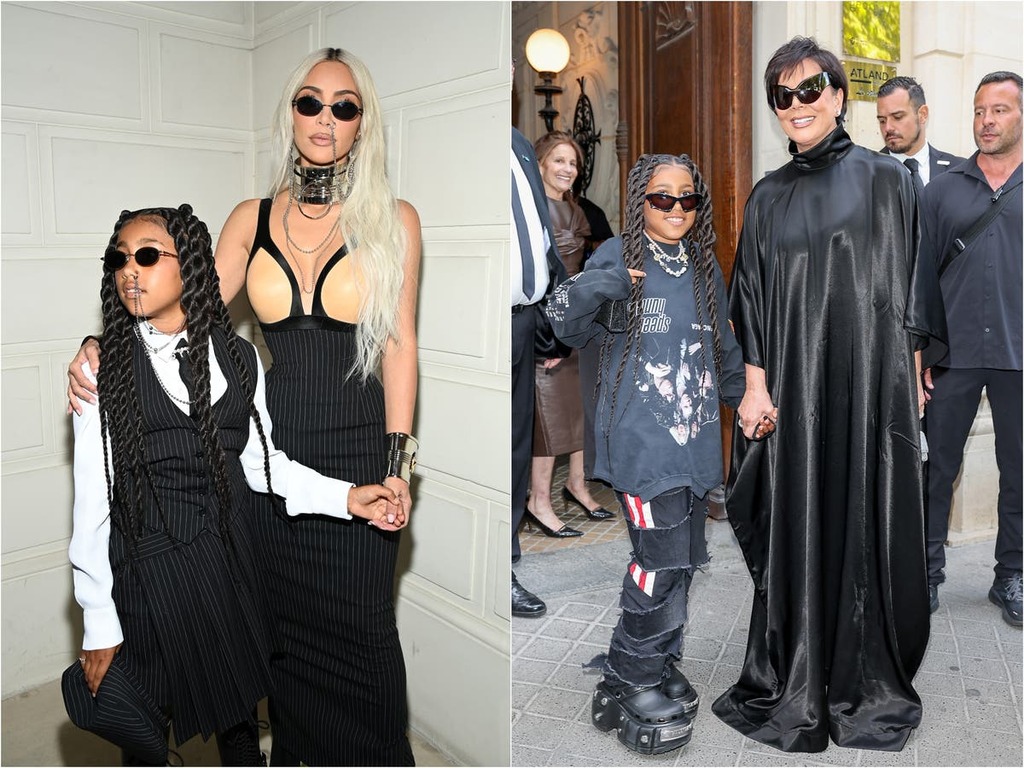 The making of a mini style icon: North West’s best looks at Paris Couture week
The nine-year-old has stolen the show for many fans

The Independent UK
One subscription that gives you access to news from hundreds of sites
Mum, 23, whose 34E breasts gave her painful curved spine has life-changing surgery

As Prime Minister Boris Johnson clung onto power in the face of huge swathes of resignations from his own party,…

Robin Parry Jones worked at the ambulance station in Pwllheli

Biodegradable fabrics, pubic-grazing waistlines and tinfoil everything. Chloe Street and Joe Bromley have your insider’s guide to Paris Couture Week

Evening Standard
One subscription that gives you access to news from hundreds of sites
Upside-down bikinis: the trend made popular by Love Island and the Kardashians

Searches for the style rose 203% within the last month, says shopping app Lyst