What would a ‘positive duty’ to prevent sexual discrimination in workplaces look like? 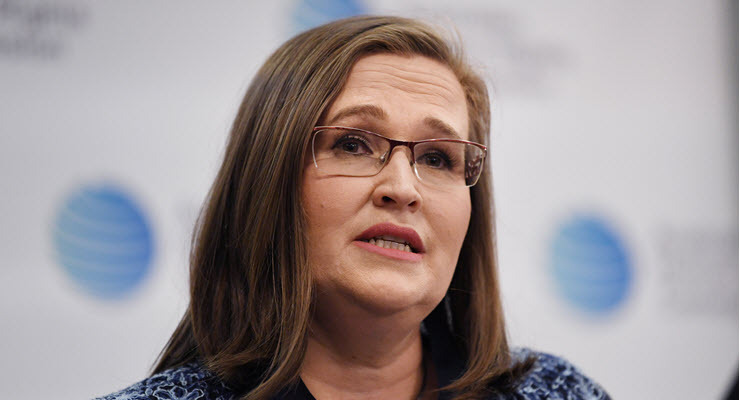 Sex discrimination commissioner Kate Jenkins told a panel at the national summit on women’s safety yesterday she’s “not giving up” on having all 55 recommendations made in her landmark Respect@Work report implemented.

Of the 16 legislative and regulatory reforms that could have been adopted — with 12 separate legal amendments possible — just six made it into the final Respect at Work Amendment Bill passed last week. Notably missing was a “positive duty” clause, where employers would have a legal obligation to prevent sexual discrimination.

What would this positive duty look like, and how could it be implemented?

The Respect@Work report recommended that the Sex Discrimination Act be amended to require all employers “to take reasonable and proportionate measures to eliminate sex discrimination, sexual harassment and victimisation, as far as possible”. The report also recommended the Human Rights Commission be given powers to assess employers’ compliance to this duty.

A positive duty exists under workplace health and safety law but doesn’t specifically apply to discrimination.

Jenkins wrote in her report that the lack of positive duty in the Sex Discrimination Act meant employers prioritised employment, work health and safety laws, placing a “heavy onus on individuals to complain”.

But the government said adding extra laws could make the system too “complex and confusing for victims and employers to navigate”.

Why is this important?

While Australia has some of the strongest workplace health and safety laws in the world, Centre for Future Work senior economist Alison Pennington tells Crikey that enforcement is often lacking.

“A key problem is there is severe under-resourcing for state and territory regulatory bodies like Safe Work,” she said. “There is a big cavern between what our workplace health and safety laws say and what happens on the ground.”

These laws also focus on tangible safety — such as hard hats and fluoro vests on worksites — but don’t recognise the psychosocial consequences of harassment. De-unionisation of workplaces, she says, make it difficult for employees to press for discrimination issues to be addressed.

Another key issue is the lack of an easy complaints process for victims, as pointed out in Jenkins’ report. Giving power to the commission to investigate workplaces and to establish an easy complaints mechanism under the Sexual Discrimination Act would push employers to see sexual harassment as a separate, serious issue, Pennington says: “Currently we have extremely costly litigation channels.”

For many women — who are more likely to work in insecure, low paid positions — raising harassment issues were tough and challenging their employer could lead to missing out on paid work.

“It’s a structural disempowerment of women that creates the basis for mass disempowerment through sexual harassment, and predators know that,” she said.

This amendment would ensure the equality sector could oversee the important issue of sexual discrimination, instead of a sector used to looking out for physical dangers.

“The commission would be able to give employers a lot of help and materials to implement these policies,” she said.

Victoria has a positive duty to employers in its equality legislation, which is one of the best in the world, O’Connell says. These laws make it so a victim doesn’t have to “martyr themselves” with a complaint, and push employers to be proactive instead of reactive.

“[Preventing sexual harassment and discrimination] is about equality, dignity and respect, so that women operate as equals in the workplace, and that’s not contemplated in the current workplace health and safety laws,” she said.