What we learned in the NFL’s Week 5: the Patriots and Broncos are frauds but Ja’Marr Chase rules 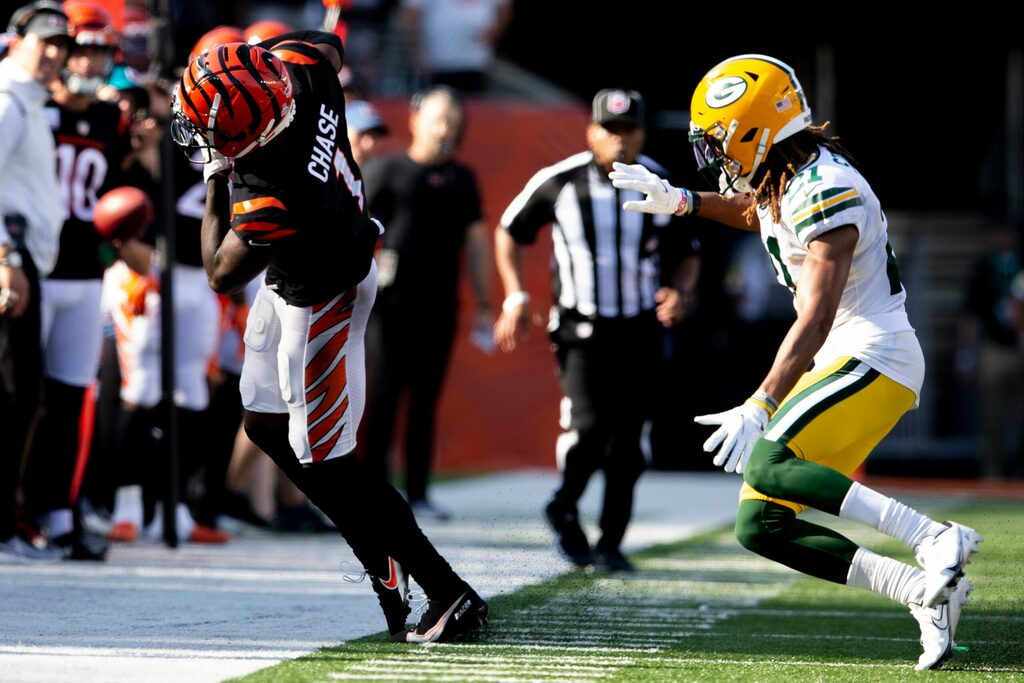 We should have known Week 5 was going to be stupid. The Seattle Seahawks and Los Angeles Rams tried to warn us.

This week’s bonkers Thursday Night Football game gave way to a weird and occasionally wonderful Sunday of action. We started the day with an act of aggression against our British allies by forcing them to watch a Zach Wilson start in London (it was … OK). This laid the groundwork for a deluge.

The New Orleans Saints ensured the Washington Football Team remains 2021’s most underwhelming team thanks, in part, to a Hail Mary. The Minnesota Vikings nearly lost to the Detroit Lions, then didn’t, but Mike Zimmer might have been mad about it anyway. The Philadelphia Eagles and Carolina Panthers paid tribute to today’s overseas game by running the perfect play to be backed by Yakety Sax.

The Green Bay Packers and Cincinnati Bengals, with the game on the line, combined for five straight missed field goals. Nathan Peterman and Mike Glennon both played meaningful snaps. The Sunday night game was delayed by thunderstorms that gave the Buffalo Bills room to complain about subpar peanut butter and jelly sandwiches in their locker room and, possibly but not probably, the motivation needed to beat the Kansas City Chiefs by three possessions.

So yeah, pretty good Sunday. Let’s take a look at what we learned from it.