What we learned from the Dolphins loss to the Buccaneers 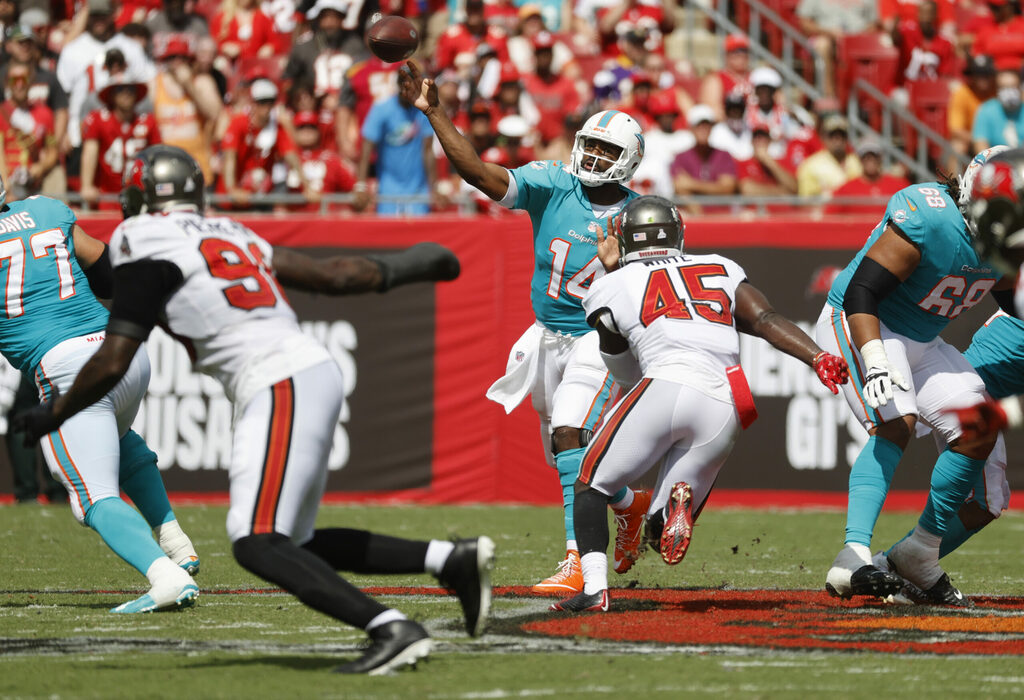 The Miami Dolphins were defeated 45-17 by the Tampa Bay Buccaneers on Sunday at Raymond James Stadium.

Josh Boyer’s defense was the big story of this game, as they were sliced up for 558 total yards and gave up six touchdowns. It’s not an easy task to slow down Tampa’s offense, and they proved that in this game.

Miami’s offense wasn’t able to take advantage of the Buccaneers’ issues in the secondary. Their receivers and tight ends only accounted for 185 yards on the day. This was a concern entering the game with the two major injuries at wideout.

These are the things we learned from the Dolphins’ blowout loss.