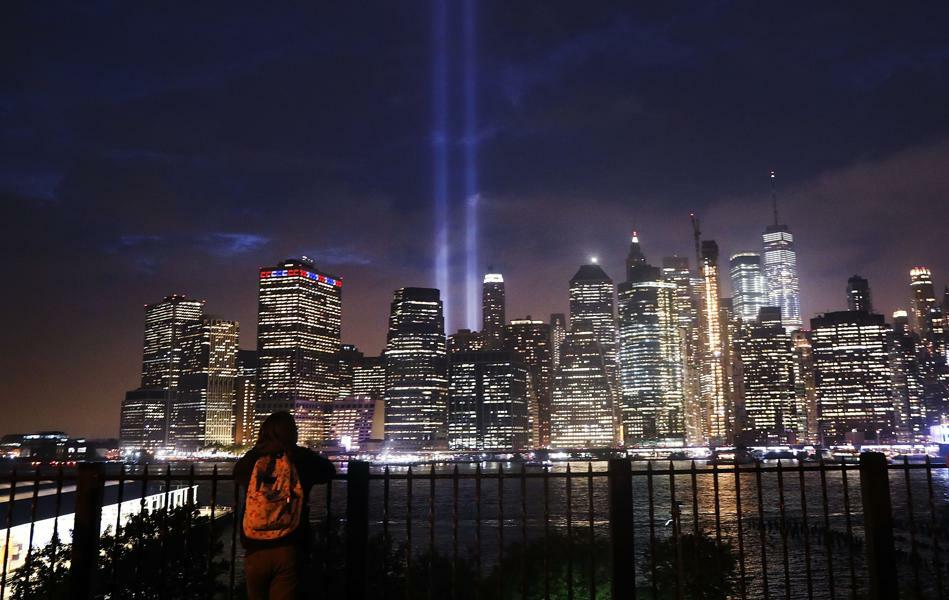 Everyone knows where they were and what they were doing when the two airplanes slammed into the World Trade Center towers on September 11, 2001. It was 20 years ago, and I was working for Sports Illustrated as an associate editor. The magazine had its headquarters in New York City. I worked mostly from my home in Florida, so I did what many people across the country and the world did: I watched the whole thing unfold on TV and shared the sense of shock and unreality as the towers fell and the smoke and ash rumbled down the streets of the greatest city on Earth. Then I worked furiously to connect with friends and colleagues who lived there.

The destruction caused by the attacks in New York, Washington, and aboard United Flight 93 elicited a great surge in volunteerism as many people contributed their time, money, blood, and medical expertise to helping survivors and lending a hand to the overwhelmed authorities in New York and Washington. I spent several days finding out how my friends in New York were doing, and then, within a week, learned that Sports Illustrated invited those who didn’t live in the city to come and volunteer at Ground Zero.

I jumped on the invitation at once and found myself working with an organization called Ground Zero Food Services, led by an amazing man, Tony Hall. Tony closed his small restaurant and was there day and night serving the first responders. “There are moments where how you step up will change you forever,” he told me. “I’m not qualified to go in there (the rubble) but all of us are qualified to serve those who do.”

We greeted and served food to the firefighters and other first responders as they emerged, shift after shift after shift, from the smoking, twisted metal remains. We listened to their stories and offered them food. Although it wasn’t part of the plan, some of us found ourselves praying with first-responders, nonetheless.

I remember a short conversation I had with a firefighter, with the last name Cunningham, as he was cleaning himself up. He said he was working into his second week on just a few hours of sleep a night because he knew “the world is watching if we are together or apart” while working through the nightmare. One man, one firefighter taking it upon himself to be accountable not just to himself but to his country and the world.

In that place, that inferno where cars burned for days afterward, such was the heat generated by the destruction, I felt at once helpless and helpful. And within that strange space, I began to feel a little hopeful as well, strange as that word sounds today. I think we all felt something similar, which was that we wanted to find a way to express our gratitude for those who answered the call to protect this imperfect experiment we call democracy. There around me and around the country were examples of the best of what we can be, united against those who try to put the fear of death into our commitment to the experiment.

As I think back to that bizarre and terrible window 20 years ago and hear the words of Cunningham and see him nod to us, thank us with a short smile for whatever it was we were doing and head home, I’d give anything to get back to hopeful.

The acts of terror were seen as acts of war, and the United States went to war for 20 years to root out the sources of the terror. The world has changed a lot since then. Our country has changed. I have changed. And not necessarily, it sometimes feels, for the better. I look at our country now, at a place where we seem to find a way to be divided on every single issue we face: from whether or not to wear a mask or get vaccinated against COVID-19, to whether or not the election of our candidate or their candidate spells the end of a democratic society as we know it.

We used to be stronger than that—much stronger. Strong enough that, when the call came, we could put our differences aside and recognize a real threat to our way of life and respond by reaching down into ourselves to find humility and passion to stand united in something we believe in.

Are these outdated ideas or behaviors? Do they represent some sort of “false consciousness,” or do they still course through our blood? I want to believe.