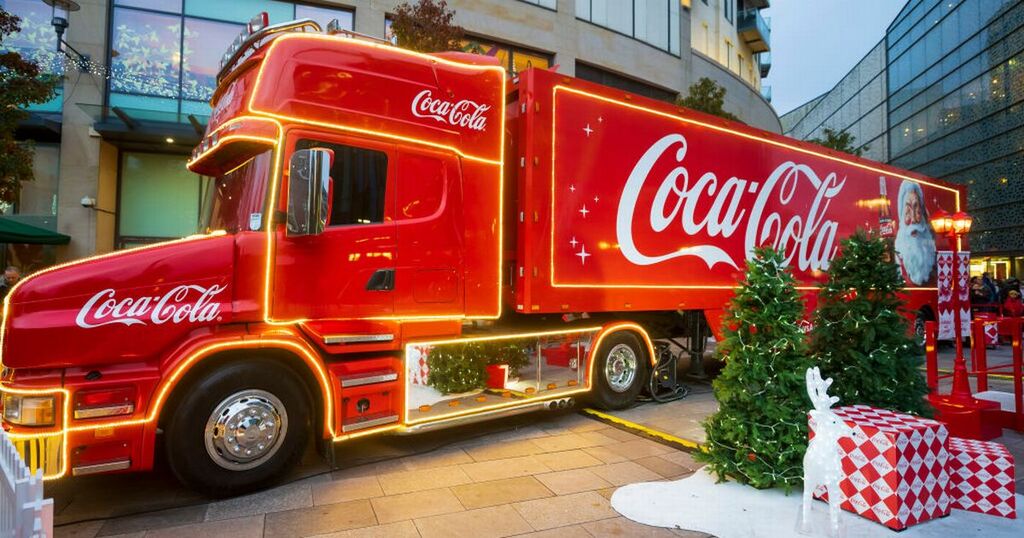 The famous Coca Cola Christmas Truck is coming to Leeds this weekend to help officially kick-start the festive period.

Coca Cola recently announced the first three stops on their annual Christmas Truck Tour of the UK, with visits to Newcastle, Glasgow and Leeds all confirmed for the first week.

After last year’s Christmas tour was cancelled because of Covid-19 restrictions, Coca Cola’s iconic 6.5 metre-long, 13-tonne red truck is back again for 2021, giving families the chance to enjoy photo opportunities and of course some free drinks.

But what time is the Coca Cola truck in Leeds and what can you expect from the tour? Here’s everything you need to know.

What time will the Coca Cola truck arrive in Leeds?

The White Rose Shopping Centre in Leeds will be the third stop in the Coca Cola Christmas Truck Tour 2021.

The truck will be parked at the shopping centre (LS11 8LU) between 11am and 8pm on Saturday, November 27 and Sunday, November 28.

The tour has already stopped off in Glasgow and Newcastle, and further dates and locations are set to be gradually revealed over the coming days.

Make sure to keep an eye out on social media and on Coca Cola’s official website for more details.

What happens at the Coca Cola Truck Tour?

When you arrive at the Coca Cola Truck Tour at the White Rose Shopping Centre, you will be given a free mini can of Coca Cola Zero and asked to join one of two queues.

One queue will allow fans to snap some quick selfies with the iconic Christmas truck, while the other leads visitors through a “Christmas Quest” — a series of festive games and interactive puzzles suitable for all ages — before giving them a chance to take a photo with the truck.

As usual, the Coca Cola truck will be surrounded by Christmas trees, fairy lights and decorations, as well as some seasonal music to help get you into the festive spirit in time for December.

“With the magic of Christmas needed now more than ever, we thought it was only right that we bring it back this year, safely and securely.

“The Coca Cola Truck Tour has always been a moment to remind us of the importance of togetherness and community, something particularly prevalent during the festive season.”

Do you need tickets for the Coca Cola Truck Tour in Leeds and is it free?

It is totally free to visit the Coca Cola Truck Tour in Leeds and you do not need to book tickets in order to see the popular festive attraction this weekend.

What does the Coca Cola Christmas truck do?

You may be surprised to learn that the Coca Cola Christmas truck itself doesn’t actually move.

Rather, it is simply used as a photo prop for visitors.