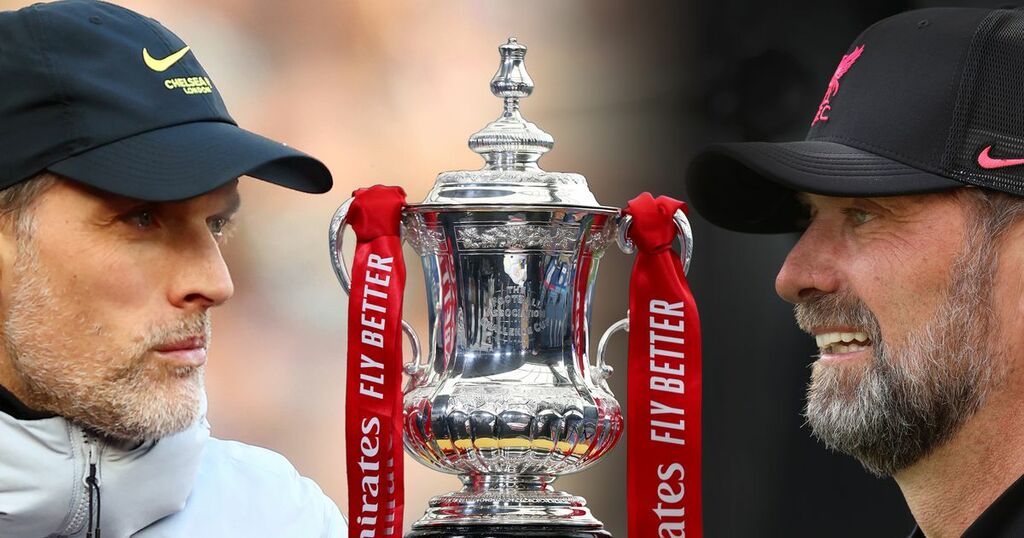 Wales Online
What time, what channel, team news and all you need to know about Chelsea v Liverpool in the FA Cup final

Liverpool Echo
One subscription that gives you access to news from hundreds of sites
FA Cup Final Chelsea vs Liverpool: How to watch, TV channel, live stream info, kick-off time

David Moyes has confirmed Said Benrahma is likely to be fit for West Ham season’s finale against Brighton on Sunday.

Newsroom.co.nz
Are the Mets Fundamentally Cursed? This Is the True Litmus Test.

Somehow, the Metaphorical Mets keep winning despite everything going wrong.

The Japan Automobile Manufacturers Association talked about its future plans, including renaming the Tokyo Motor Show to better reflect the…

What time and TV Channel is Liverpool v Chelsea in the FA Cup final on today?

Chelsea and Liverpool face off in the FA Cup final a little later on today.

Thomas Tuchel's men are playing in their third cup final in a row. However, they will be looking to buck the trend of their previous two cup final trips, having suffered defeat to Arsenal in 2020 and Leicester City in 2021.

Liverpool on the other hand are looking to claim their second piece of silverware of the season having already beaten Chelsea at Wembley in the Carabao Cup final back in February. The Reds are chasing a historic quadruple and victory today will see Jurgen Klopp's men halfway to their ultimate goal.

For only the second time in history, The FA Cup final will be a repeat of the League Cup Final. Will we see the same outcome? We'll find out this afternoon.

Here's everything you need to know ahead of the game:

The game will be shown live on BBC One and ITV.

It can also be streamed live (For those in the UK) on the BBC iPlayer and the ITV Hub.

Ben Chilwell & Callum Hudson Odoi are long-term absentees for Chelsea. N'golo Kanté missed the midweek game with Leeds as a precaution, while Jorginho is also carrying a knock. Mateo Kovacic went off against Leeds after a horror tackle from Dan James and is in a race to be deemed fit.

Liverpool only have one injury concern and that is Fabinho in midfield. Otherwise, Jurgen Klopp has a full selection to choose from.

Thomas Tuchel on Mateo Kovacic: "We will try it today actually and see tomorrow, which is pretty surprising news that we are even in this situation, but Mateo wants to try it.

"The medical department gave us the green light to try it. The advantage is that the ligament is already torn from the last incident so there is no new injury but heavy pain and it’s heavily swollen so we’re hoping that maybe time is enough that he makes it.

"He was very good in the game [against Leeds] and in general he stepped up this season again in his game, his qualities and personality we’ve spoken a lot about. His dribbling and driving with the ball is excellent.

"He’s a top team player so he knows what it takes to put the ego aside and serve the team. He’s a fantastic guy and a fantastic player who we missed too much this season."

Jurgen Klopp: "So, it’s a big expectation, to be honest. It is our first FA Cup final but we played two Carabao Cup finals – once we lost, once we won – so we have a little bit of a sense of the atmosphere, which is absolutely great.

"I loved the Carabao Cup final this year, it was an incredible game, it was against Chelsea and 120 minutes – madness! So, yeah, massive game coming up and you are right: final after final after final, but we make differences still.

"That’s a real final, there is no game coming after. So yeah, we are all really looking forward to it. It will be big."

Wales Online
What time, what channel, team news and all you need to know about Chelsea v Liverpool in the FA Cup final

Liverpool Echo
One subscription that gives you access to news from hundreds of sites
FA Cup Final Chelsea vs Liverpool: How to watch, TV channel, live stream info, kick-off time