What the UFO Discussion Really Needs

This week, a House of Representatives subcommittee on intelligence and counterterrorism gathered to discuss unidentified aerial phenomena. This was, on one level, a very unusual event—the rare congressional hearing about UFOs, the first in more than 50 years. And yet it proceeded as many others do on Capitol Hill: dryly, politely, and uneventfully. Which seemed odd. Shouldn’t there have been a little more to it? You know, alien stuff?

The hearing featured more than an hour of congressional probing of two very important people, the undersecretary of defense for intelligence and security and the deputy director of naval intelligence, before moving to a closed, classified setting. There was footage of mysterious objects moving around in the sky. Yet a comment on a livestream summed up the whole affair quite nicely: “Well, this all seems rather anticlimactic,” the viewer wrote. “Are they trying to make it boring?”

The witnesses did mention aliens—but only to say that American military officials had found no proof of them in the 400 modern-day reports of UFO sightings that they currently have on the books, from military pilots and some civilians. This week’s hearing was not about disclosing, once and for all, incontrovertible visual evidence of extraterrestrial craft whizzing through Earth’s atmosphere. It was meant to check in on the progress of a task force that the Department of Defense formed in 2020 “to detect, analyze and catalog UAPs”—unidentified aerial phenomena—“that could potentially pose a threat to U.S. national security.”

And yet, when we hear something like the first congressional hearing on UFOs in half a century, we, the viewers, might expect more. Representative Adam Schiff, a member of the intelligence subcommittee, called the hearing’s subject “one of the world’s most enduring mysteries”—at least give us a new and spooky clue, then! If casual observers have outsize expectations for an event like this, it’s because they’re being exposed to it without any real context.

And this story desperately needs context. Without it, we can miss important details, believe information when we should be skeptical, and see things that aren’t really there.

There’s no way around the fact that, in popular usage, the term UFO—unidentified flying object—is synonymous with alien spaceships and has been for decades. The assumption that UFOs could represent something truly otherworldly is right there in the language that people use to scrutinize alleged footage; they “debunk” initial sightings, suggesting that, before close examination, they could be the real deal. (The government has tried to tiptoe away from the grabbiest version of UFO discourse, preferring to use the term UAP instead, which somehow sounds even more mysterious.)

But the reality is that unidentified flying objects, or unidentified aerial phenomena, are just that, and there’s no reason to assume, right away, that they’re something all that interesting. In the same way that astronomers must run through a checklist of possible explanations for a strange new phenomenon in space before considering the extraterrestrial option, aviation experts have a number of more mundane culprits at their disposal: drones, experimental aircraft, weather events, birds, balloons—even the planet Venus, appearing extra bright and ethereal through the haze of our planet’s atmosphere. The alternatives to aliens are certainly more boring, but the alternatives are out there, and they always have been. The report at the center of the previous UFO hearing, in the late 1960s, found that the lights observed over a military base were birds and weather conditions.

Indeed, the mysterious objects in one of the videos shown at this week’s hearing, glowing triangles in the night sky, turned out to be the result of an artifact of the camera equipment that captured the footage. Most of the reports that have been brought to the Pentagon task force remain unexplained, but Ronald Moultrie, the undersecretary of defense for intelligence and security, said that doesn’t mean that the answer must be something extraordinary. “We have insufficient data either on the event itself [or] the object itself,” Moultrie said at this week’s hearing. “So it’s a data issue that we’re facing.”

[Read: If aliens are out there, they’re way out there]

The next point of context, often missing, is why anyone is talking about aliens at all in the year 2022. The latest spike in UFO interest began in 2017, when The New York Times published a story headlined “Glowing Auras and ‘Black Money’: The Pentagon’s Mysterious UFO Program,” about a shadowy government effort to catalog UAPs, along with two Navy videos featuring UAPs. But the breathlessness of the coverage in the past few years hasn’t matched the breadth of the evidence for an extraterrestrial explanation, of which there isn’t much. (One of those videos would later go on to be explained away by an independent video analyst, and eventually, by Pentagon officials.) Plenty of outlets followed the Times’ lead, letting the thrill of writing about UFOs with a big wink overtake their normal sense of propriety. “Reporters have taken sources at their word without corroborating data, let documented contradictions slide by, and glossed over the motivations of both outside agitators and government insiders,” Sarah Scoles, a science journalist and the author of They Are Already Here: UFO Culture and Why We See Saucers, wrote in The Atlantic last year. “If these stories did not outright say the word aliens, many indulged in what-if-ing, while glazing over the limits of the actual facts available.”

Many of the stories, Scoles said, took certain people’s credentials—say, the former director of the Advanced Aerospace Threat Identification Program—as face-value evidence that their claims about the extraterrestrial origins of UFOs were true. Similarly, part of the reason that the astrophysicist Avi Loeb receives so much coverage for his alien-tinged discussion of weird-shaped interstellar objects is because he is a tenured Harvard professor. So when people see a UFO story in The New York Times, they’re inclined to trust the paper. But these articles appear without much-needed context: The Times’ go-to reporters on the UFO beat, who broke the story on the Pentagon’s previously undisclosed program, are long-time UFO activists who have advocated for the idea that such objects might have extraterrestrial explanations.

People might read the latest news that the government has 400 reports of UFOs and imagine a recent explosion in sightings. After all, when the Pentagon and UFOs made headlines last summer, defense officials said they were taking a look at just 144 reports! Context matters here too. The increase is because the Defense Department solicited reports from service members in a more deliberate way, and vowed, at least publicly, to take their accounts seriously. Unexplainable things in the sky are indeed matters of national security; an unrecognizable technology could belong to an adversarial nation. Expect the Pentagon to report higher numbers, but understand why those numbers are higher. “The implication will be, ‘Oh my God, they were hiding something. I knew it!’ as if that means ‘These things are aliens’ as opposed to ‘The military is secretive, and now you know it was secretive,’” Jason Wright, an astronomer at Penn State University who works in the field of SETI, the search for extraterrestrial intelligence, told me in an interview last year.

Whenever I see a news story or TV interview about UFOs that cries out for more context, I think of Edward Ruppelt, an Air Force officer who worked on one of the Pentagon’s earliest efforts to understand strange, fast-moving stuff in the sky. Ruppelt came up with the term UFO in the early 1950s. In 1956, Ruppelt wrote a book-length report on UFOs. No one asked him to do it, but he was frustrated with the “secrecy and confusion” and wanted the public to have all the facts. He ended the document on a hopeful note. “I wouldn’t want to hazard a guess as to what the final outcome of the UFO investigation will be, but I am sure that within a few years there will be a proven answer.” Within a few years! Sorry, Ruppelt. 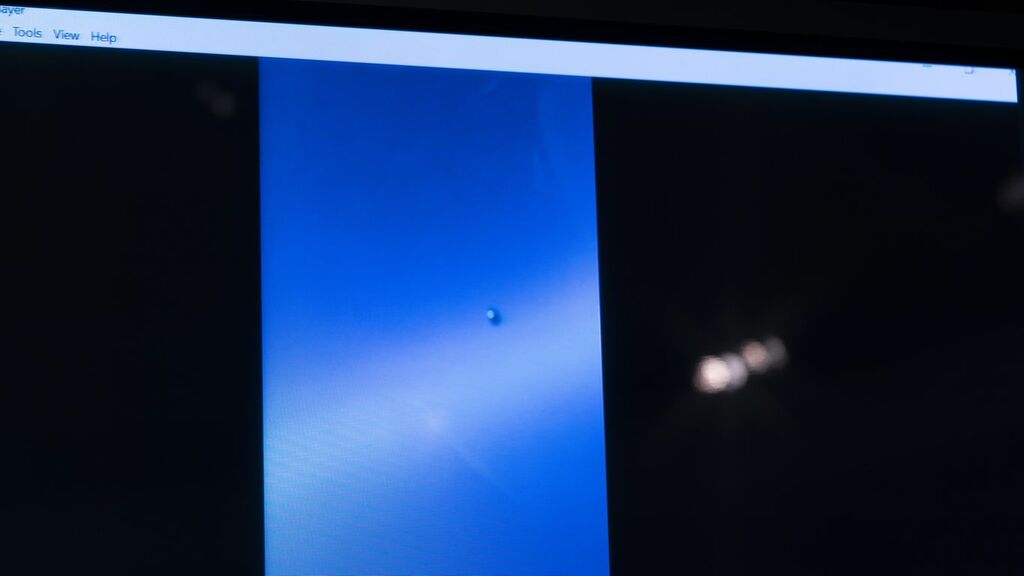 What Congress learned in its first public hearing on UFOs since 1966
So far, there's been no evidence of aliens from the incidents.

Two top defense officials appeared before lawmakers to testify on observations of UFOs by the U.S. military