What The New Outlook For Social Security Means For You

By Next Avenue, Contributor 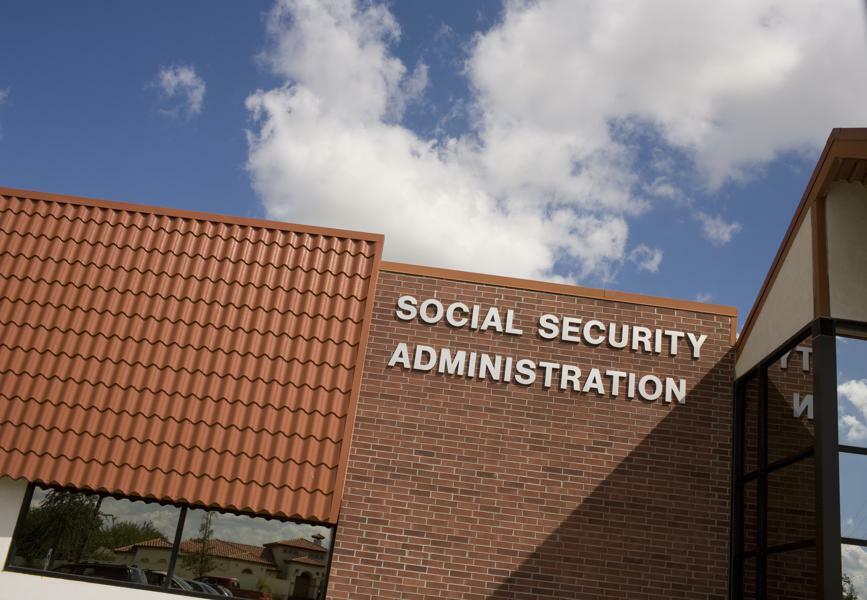 By Chris Farrell, Next Avenue

According to the new 2021 annual report from the Social Security Trustees, the depletion date for the combined trust funds —retirement and disability — is 2033 without any changes to program benefits. That would be when today's 54-year-olds reach Social Security's Full Retirement Age. Still, that's one year earlier than last year's 2034 estimate.

Depletion date or insolvency doesn't mean bankruptcy — far from it. Funding from payroll tax receipts will be enough to pay 78% of promised benefits after the combined Social Security trust funds depletion date is reached.

"The trust fund report should be seen as a strength," says Eric Kingson, professor of social work and public administration at Syracuse University and co-author with Nancy Altman of "Social Security Works for Everyone: Protecting and Expanding the Insurance Americans Love and Count On."

What the Social Security Trustees Said

The report, Kingson said, "provides information for Congress and the public on what needs to be done to maintain benefits."

And Altman, president of Social Security Works, chair of the Strengthen Social Security Coalition and a rumored possible Biden appointee to run the Social Security Administration, said this when the Trustees report came out on Wednesday: "Today's report shows that Social Security remains strong and continues to work well, despite a once-in-a-century pandemic. That this year's projections are so similar to last year's proves once again that our Social Security system is built to withstand times of crisis, providing a source of certainty in uncertain times."

Despite the dry language of actuaries, the uncertainty is apparent.

Employment, earnings, interest rates and gross domestic product (GDP) dropped substantially in the second quarter of 2020, the worst economic period of the pandemic. As a result, the decline in payroll-tax receipts which pay for Social Security benefits eroded the trust funds, though the drop in payroll taxes was offset somewhat by higher mortality rates.

"Given the unprecedented level of uncertainty, the Trustees currently assume that the pandemic will have no net effect on the individual long range ultimate assumptions," they write.

The Pandemic and Social Security Solvency

But, they add, "At this time, there is no consensus on what the lasting effects of the Covid-19 pandemic on the long-term experience might be, if any."

The Trustees say they "will continue to monitor developments and modify the projections in later reports."

Translation: the status quo remains and the forecast for the pandemic's effect on Social Security's solvency is cloudy.

Odds are the coming Social Security financing shortfall won't get sustained attention from either the Biden administration or Congress despite the need to take action before 2034.

The Trustees aren't too happy about that.

Their report says: "The Trustees recommend that lawmakers address the projected trust fund shortfalls in a timely way in order to phase in necessary changes gradually and give workers and beneficiaries time to adjust to them. Implementing changes sooner rather than later would allow more generations to share in the needed revenue increases or reductions in scheduled benefits… With informed discussion, creative thinking, and timely legislative action, Social Security can continue to protect future generations."

But the Biden administration and its Congressional allies are instead focused on threading the political needle for an ambitious $3.5 trillion infrastructure spending package, while also dealing with the fallout from the chaotic withdrawal from Afghanistan.

"Does the report mean the timetable argues for real concrete action on [addressing solvency issues of] Social Security? Probably not. Will it revive the rhetoric that the sky is falling? Sure," says Robert Blancato, national coordinator of the Elder Justice Coalition advocacy group, president of Matz Blancato and Associates and a 2016 Next Avenue Influencer in Aging.

The issue over how best to restore financial solvency to Social Security isn't going away. That's because the program is fundamental to the economic security of retired Americans. Social Security currently pays benefits to 49 million retired workers and dependents of retired workers (as well as survivor benefits to six million younger people and 10 million disabled people).

However, the tenor of the longer-term solvency discussion has significantly changed in recent years.

To be sure, a number of leading Republicans still want to cut Social Security retirement benefits to reduce the impending shortfall. Their latest maneuver is what's known as The TRUST Act, sponsored by Utah Sen. Mitt Romney.

It calls for closed-door meetings of congressionally appointed bipartisan committees to come up with legislation to restore solvency by June 1 of the following year. The TRUST act would also limit Congress to voting yes or no on the proposals. No amendments allowed.

AARP, responding to the Trustees report news, came out vehemently against The TRUST Act's closed-door reform plan. "All members of Congress should be held accountable for any action on Social Security and Medicare," AARP CEO Jo Ann Jenkins said.

Something else that's different is that liberals are no longer trying to simply stave off benefit cuts and preserve the program exactly as it is — the main tactic since Republican Newt Gingrich was House Majority Leader in the mid-1990s. That have bigger and bolder ideas.

Most Democratic members of Congress have co-sponsored legislation to expand Social Security or voted in support of incremental increases in benefits, such as providing more for the oldest old and a new minimum Social Security benefit equal to at least 125% of the poverty level (that translates to $16,100 for a household of one).

Addressing Social Security's shortfall and paying for the new benefits, with the Democrats' plans, would come from tax hikes, ranging from gradually raising the 6.2% payroll tax rate to hiking or eliminating the $142,800 limit on annual earnings subject to Social Security taxes to some combination of these.

But Social Security benefit cuts are off the negotiating table for the Democrats.

"Biden has made a commitment not to cut and to make modest improvements in benefits," says Kingson. "He won't back off that."

One more piece of Social Security news to keep in mind: Social Security recipients are likely to get a sizable cost-of-living adjustment (COLA) to their benefits in 2022. The exact amount will be announced in October and estimates vary widely, from 3% to as high as 6%. A 6% increase would be the highest in 40 years.

But there's a catch: Medicare Part B premiums for physician and outpatient services — a significant portion of Medicare's funding —will also go up due to inflation. And those premium payments usually come right out of monthly Social Security checks.

The Trustees report says Medicare's Hospital Insurance Trust Fund (HITF) has enough funds to pay scheduled benefits until 2026, unchanged from last year. Medicare's finances stayed stable during the pandemic, with people over 65 largely avoiding elective care. The pandemic "is not expected to have a large effect on the financial status of the [Medicare] trust funds after 2024," the Trustees report noted.

Like Social Security, the trust fund behind Medicare Part A (which pays for hospitals, nursing facilities, home health and hospice care) is primarily funded by payroll taxes. There will be enough tax income coming in to cover an estimated 91% of total scheduled benefits once the trust fund is insolvent.

But the political story about Medicare is less about its projected 2026 shortfall and more about momentum toward expanding the program. The Biden administration has proposed adding hearing, visual and dental care to Medicare benefits, something also being pushed by Sen. Bernie Sanders (I-Vt.) At this time, it's unclear how those new benefits would be paid for, though they wouldn't affect the trust fund.