What the census can teach us about our roots - Carolyn Hitt 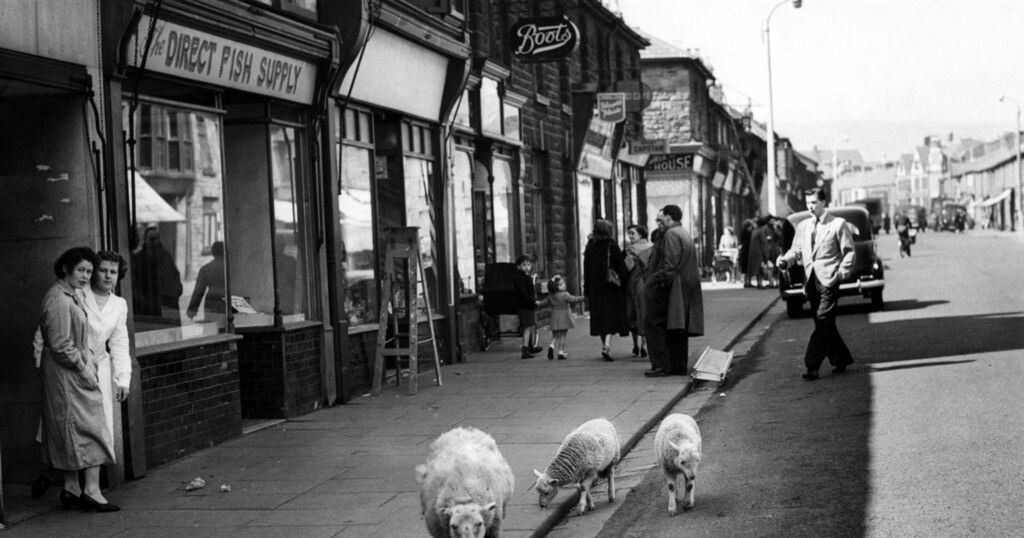 For historians and those of us attempting to star in our very own episode of Who Do You Think You Are, the release of the 1921 Census this week brought huge excitement.

For 100 years the details of 38 million men, women and children in England and Wales have been locked away. Even if our ancestors had enjoyed a bit of H G Wells sci fi, they could never have imagined how filling in a form one midsummer night in 1921 would be a sensation on something called the internet a century later.

This one is particularly special. Not only does it contain more detail than any previous census – including occupation and divorce status for the first time – it will be the last one published for 30 years. The 1931 census was destroyed in a fire while the 1941 census wasn’t taken because of the Second World War.

So I’ll practically be a historical relic myself before I get another chance to find my forebears frozen in time in copperplate handwriting. And for everyone poised at their laptops on the stroke of midnight on Thursday for the big reveal there was a feeling that this is the last chance for a very long time to get the intimate sense of social history that only a census can provide.

For when a massive bureaucratic exercise combines with family life, it’s amazing how much human emotion can find its way into those Q&A columns – from humour to anger.

There’s plenty of the former. Mischief-making on the census might be deemed a modern development. In 2001, for example, Star Wars fans urged fellow Yoda-worshippers to record their religion as Jedi as they reckoned that if 10,000 did so it would have to be recognised as an official religion.

It was a case of May the Farce Be With You for an exasperated Home Offices spokesman who declared: “In the last census, lots of people who obviously don’t have a religion put their football team. But it doesn’t matter whether you put Jedi, Manchester United, Chelsea, or whatever, it’s completely erroneous, it’s going to have no impact whatsoever.”

One hundred years ago, officialdom responded similarly to those who added pets to their list of family members.

When Francis Sutcliffe of Kirkdale, Lancashire entered “Kitty the Cat” her beloved feline was crossed out with the stern explanation that Kitty was just: “A domestic cat”. Pope Francis would approve.

Divorce details being queried on the census for the first time also prompted margin scribblings, from those frustrated that they couldn’t get unhitched to those horrified at the morality of those who could. A 42-year-old bachelor teacher living in Manchester with his six younger siblings scrawled divorce was “a CURSE to the country”.

Happier family events were recorded “as live” on the census. John Platt in Monmouthshire proudly listed his two-hours-old son as “Baby Boy Platt”.

But there is sadness in the statistics too. The historical backdrop to the 1921 census is fascinating and poignant. Like us they were still reeling from a pandemic.

A couple from Durham apologised for their stained census return: “Slight accident with crude carbolic in course of necessary disinfection of all transmissions an exchanges,” wrote Albert Dunn alongside their answers.

Two years after Spanish Flu had claimed 228,000 lives in Britain, they were evidently still sanitising.

The number of widows and children without fathers listed told the story of the other huge trauma society was grappling with – the collective bereavement in the aftermath of the First World War.

And the servicemen who had survived used the census form to express their fury at the Prime Minister who had promised a brighter future in 1918.

“David Lloyd George build houses,” demanded one, while another filled in the Occupation column with: “Out of Work in the Land Fit for Heroes.”

Lloyd George, meanwhile, doesn’t turn up at Number 10 that night in the census – he was at Chequers – but seven of his servants do: a housekeeper, a cook, two parlour maids and two housemaids. And they were all Welsh.

Their stories are probably closer to most of us delving through these digital archives than that of their employer. Academics love tracking the great and the good – Arthur Conan Doyle, Beatrix Potter and Tolkien have all been back in the news this week. I’ve also been enjoying Welsh historian Martin Johnes’ tweets on the Census as he highlights a 27-year-old Saunders Lewis working in Cardiff as a librarian for the Glamorgan Education Committee.

But for we amateur history detectives it’s all about the ancestors. Without more than 200 years of census form-filling, family trees would be hacked off at the roots. The growth of internet genealogy has ensured we can climb the branches more easily. 1921 is not the first census I’ve explored.

Thanks to the census of 1841 I know my great great grandfather James Hitt was born in Exeter. The census of 1881 tells me he’s moved to Cardiff and is a monumental mason carving angels in Splott. The census of 1901 reveals his son Thomas has headed to the Rhondda to be part of the coal boom. The same census records the people occupying the house I now live in are a vicar’s widow from Anglesey “living on her own means” and her three spinster daughters, the youngest of whom is called Septima.

My neighbours from more than 100 years ago include a tailor born in America, a marine engineer from Scotland, a matron from Lancashire, a coach painter from Greece and a junior reporter living with his printer father – were they on the Western Mail I wonder. So just one Canton street provides an invaluable historical record. The census records Cardiff’s boomtown status in the early 20th century as the thriving port draws people from across the world.

This week I was keen to see how my Cardiff house “family” were progressing by 1921. Widowed Mrs Parry was gone, but a bachelor brother had moved in to live with Septima and Jane.

I looked up my childhood Rhondda home, complete with contemporary map which showed an “Aerated Water Works” opposite. This would explain why we found so many marbles and old pop bottles in our garden as kids.

But most of all I wanted to track my flesh and blood from 100 years ago. This was the first census that gave me a glimpse of my grandparents’ adult lives. Two miners and their wives, all in their twenties.

My paternal grandparents were lodging in a terraced household of seven with aunt, uncle and cousins.

My maternal grandparents were within walking distance in another terraced house, with three children under six. In the “place of work” section, my grandfather Wilfred had written: “Llwynypia Colliery (Now Locked Out)”.

They had a decade of industrial strife and deprivation ahead of them as the Great Depression unfolded. My grandmother would go on to have nine more children in 14 years, losing three as babies and one at six. My mother, her youngest, would be just 13 when her dad would die of the colliers’ disease - pneumoconiosis.

It was so poignant to see the words of the grandfather I never knew giving an insight into how tough their lives could be in a single sentence.

My Nan lived to 87. I was 11 when she died and loved her to bits. One hundred years later thanks to a form she and my grandfather filled out on a midsummer night we’ve connected once more.

To find out more about the 1921 Census, click here.

To get the latest news from WalesOnline sent to your email inbox click here.