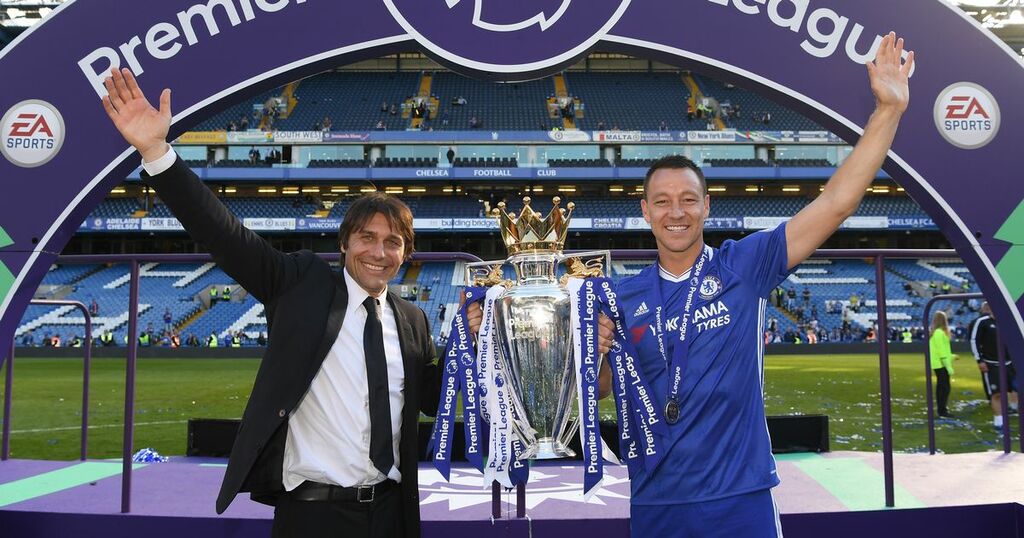 Spurs manager Antonio Conte has shown his tough side once again regarding dietary rules with his four-word response to John Terry on social media.

The pair had a blossoming relationship during their time together in west London, which involved the duo sharing a Premier League title success together in what turned out to be the defender's final season in SW6 before he moved to Aston Villa.

Both have admitted their admiration for each other in the past but the latest conversation on social media brought up memories of the Italian's strict regime which he has now taken to their bitter rivals at his current club Spurs.

But ketchup isn't the only thing that the 52-year-old has a strict rule on, with biscuits another pet hate of the title-winning manager as demonstrated with his savage four-word response to Terry's social media post.

The ex-defender posted a picture of a couple of biscuits alongside a book and a cup of coffee on Instagram.

The 40-year-old added the caption: "5k Run. Some reading time and a couple of biscuits.

"Taking the dogs for a walk. Sunday lunch with the family down the pub.

CHELSEA NEWS: All the latest news from Stamford Bridge as it happens here.

"Have a great Sunday."

A post to which prompted the response from Conte: "John only 1 biscuit [followed by three different emojis]."

Terry then replied to his former boss on his recently established Twitter account, where he wrote: "Still getting told off by the Boss [followed by four emojis].

"I was the fittest and in the best shape of my career during Antonio's time at @ChelseaFC [followed by two emojis]."

Despite these regimented rules apparently already annoying Tottenham players according to former footballer Danny Mills, it appears to be a recipe for success as demonstrated with the two trophies that Conte won with Chelsea.