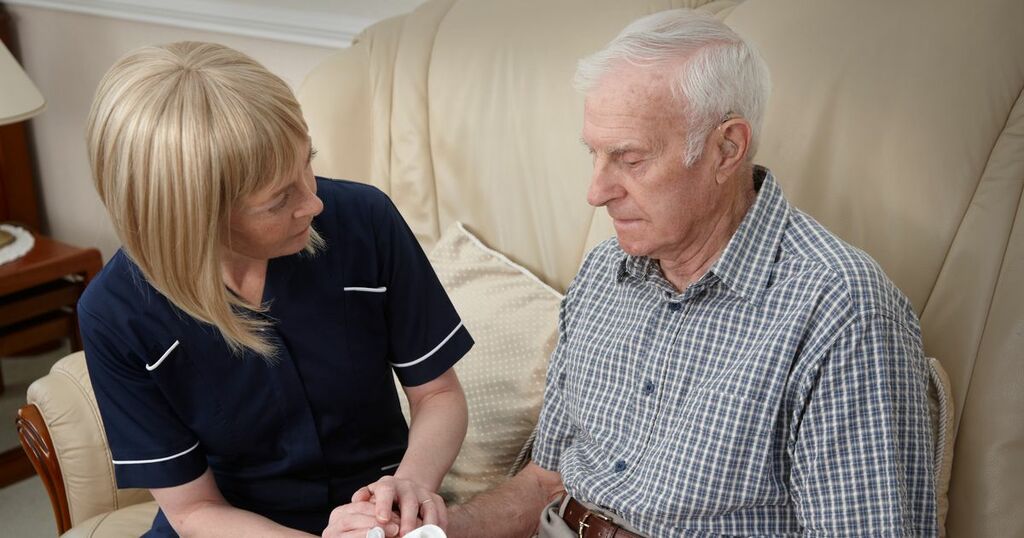 The Cabinet gave its backing to the plan to hike NI by 1.25% from April 2022 - despite the Tories pledging not to raise NI, VAT or income tax in their 2019 manifesto.

In return there will be a new cap to the amount people in England spend on care over their lifetime, and a new asset floor at which the poorest no longer have to pay.

But the Prime Minister appears to have breached a second manifesto pledge, in 2019, that no one would have to sell their home to pay for care.

Speaking in the Commons, the Prime Minister set out his plans to claw back cash to help the NHS recover from the pandemic and to help people avoid crippling care costs.

A record 5.5 million people in England are stuck on NHS waiting lists for non-emergency treatment, which could rise to 13 million over the next few years.

The Government has pledged to spend £36bn over the next three years to help the NHS recover and to reform social care.

The sector will receive some of the extra money next year, but more funds will come after the three-year window.

Mr Johnson will attempt to sell the plan to the public at a press conference this afternoon, accompanied by Chancellor Rishi Sunak and Health Secretary Sajid Javid.

MPs will also vote on whether to back the plans on Wednesday.

It comes more than two years after Mr Johnson insisted he had a clear plan on how to fix social care on the steps of Downing Street.

Here's what the new social care plan means for you.

From next year, the amount that employers, the self employed and employees pay in National Insurance contributions (NICs) will be increased by 1.25% from April 2022.

Working-age pensioners will be asked to contribute from April 2023 - unlike NICs - as the Government tries to see off criticism that the plan is unfair on younger people.

At this point it will appear as a separate line on Brits' payslips as a 'Health and Social Care levy', but still be charged like NICs are.

A higher rate taxpayer on £67,100 will pay £715 extra per year. Unlike with income tax, employers will also be asked to contribute.

It will not apply to Class 2 or Class 3 NICs but will apply to many other self-employed people on Class 4 NICs.

Here's a bigger breakdown of what it will cost individual employees (source: untied):

A separate dividends tax will also be levied at 1.25% to ensure people who get their income from dividends also contribute.

Your care costs will be capped

A new cap will be imposed on lifetime contributions to the cost of care at £86,000 from October 2023.

This will set a limit on spiralling costs for older people or those with long-term care needs.

But the clock only starts ticking from 2023 under the new plan - meaning that any spending you or your gran makes on care before then does not count towards the cap.

Economist Andrew Dilnot called for a cap on care costs more than a decade ago of between £25,000–50,000 so people don't have to sell their homes to pay for care.

Existing provision allowing people in need of residential care to defer their payments will continue.

In a new tweak, people with assets between £20,000 and £100,000 will still be expected to contribute. But at the same time they will receive some means-tested support for their care.

Local councils will assess the level of help people can get based on total assets, including the value of their home and their savings.

If a person or their partner needs to continue to live in their own home, it will be excluded from the assessment.

But despite the 2019 Tory manifesto "guaranteeing" no one would have to sell their home to pay for care, it appears pretty clear that some people will still have to sell up.

People whose assets drop below £100,000 will be expected to contribute "no more than 20% of their chargeable assets per year" to their care, according to the Government document. If they or their partner aren't living in their house, then the house will count towards these assets.

The Prime Minister's official spokesman said the support will be "tapered", adding: “The state will increasingly step in as you get closer to that £20,000 mark."

But in reality this still means your assets could tick down to £20,000 if you get care for long enough.

And for many people that could mean selling their home, even though they'll be able to "defer" care payments to avoid "rushing" into selling up (just as they can now).

The cap and floor both exist at the same time. So if you pay your £86,000 cap before your assets drop to £20,000, your assets won't drop any further. But that won't help everyone.

Does this apply across the UK?

The hike to NI will apply across the UK, but the way it will be spent will differ.

Mr Johnson's plan to cap care costs will apply to England as health and social care are devolved matters.

Scotland, Wales and Northern Ireland will receive an additional £2.2 billion in additional health and social care spending from the levy. They will then decide what to do with the cash.