“Monaco Grand Prix” (ABC, 3:30 p.m.): They are also revved up for Formula One's most prestigious event.

“The Bad Seed Returns” (Lifetime, 8 p.m.): That child is still evil — evil, I tells ya! — in this TV movie sequel. With Mckenna Grace.

“Explorer: The Deepest Cave” (National Geographic, 10 p.m.): How low can they go? Find out in this new special.

“The American Presidency With Bill Clinton” (History Channel, 8 p.m.): America's 42nd president is your guide to the inner workings of the Oval Office in this new series.

"Pistol” (FX on Hulu): This new miniseries charts the rise and fall of the iconic British punk band the Sex Pistols.

"America's Got Talent" (NBC, 8 p.m.): The competition returns for yet another summer. Terry Crews hosts.

“Tom Swift” (The CW, 9 p.m.): A young and gifted and Black inventor is part James Bond, part MacGyver in this new action drama.

“Dancing With Myself” (NBC, 10 p.m.): Contestants strut their stuff in social media-inspired dance challenges in this new competition series.

“Frontline” (PBS, 10 p.m.): A new episode investigates the Minneapolis police department in the aftermath of the 2020 murder of George Floyd.

"The Real Housewives of Dubai" (Bravo, 9 p.m.): Drinks will be thrown, trash talked, etc., in this latest entry in the reality TV franchise.

"The Book of Queer" (Discovery+): This new five-part series shines a light on the struggles and triumphs of the LGBTQ+ community.

"This Is Going to Hurt" (AMC+, Sundance Now): And that's just your hospital bill in this new medical drama. Ben Whishaw stars.

"Under the Banner of Heaven" (FX on Hulu): Murder will out in the finale of this fact-based mystery drama set in Utah. With Andrew Garfield.

“Her Majesty the Queen: A Gayle King Special” (CBS, 10 p.m.): And we're not talking about Oprah in this new special.

“The Boys” (Prime Video): They’re back in town for a sure-to-be "diabolical" third season of this darkly comic sci-fi action drama.

“The Floor Is Lava” (Netflix): Watch your step as the competition returns for Season 2.

"Hollywood Stargirl" (Disney+): And after all, she's Grace VanderWaal in this sequel to the teen-themed 2020 TV movie.

“Physical” (Apple TV+): Rose Byrne is back in leotard and leggings in new episodes of this dark comedy set in the 1980s.

"The Villains of Valley View” (Disney, 8 p.m.): A teenage supervillain and her family try to keep a low profile in this new sitcom.

“Ultra Violet & Black Scorpion” (Disney, 9 p.m.): A young Latina is transformed into a masked crimefighter in this new comedy.

“Guy’s All-American Road Trip” (Food Network, 9 p.m.): Mr. Fieri and the fam hit the highway in an RV for his latest series.

“P-Valley” (Starz, 9 p.m.): Chucalissa, Mississippi's finest are back on the stripper pole in the return of this adult-themed drama.

“Hidden Gems” (Hallmark Channel, 8 p.m.): A woman in Hawaii for her sister's wedding hooks up with a hunky dive instructor in this TV movie. 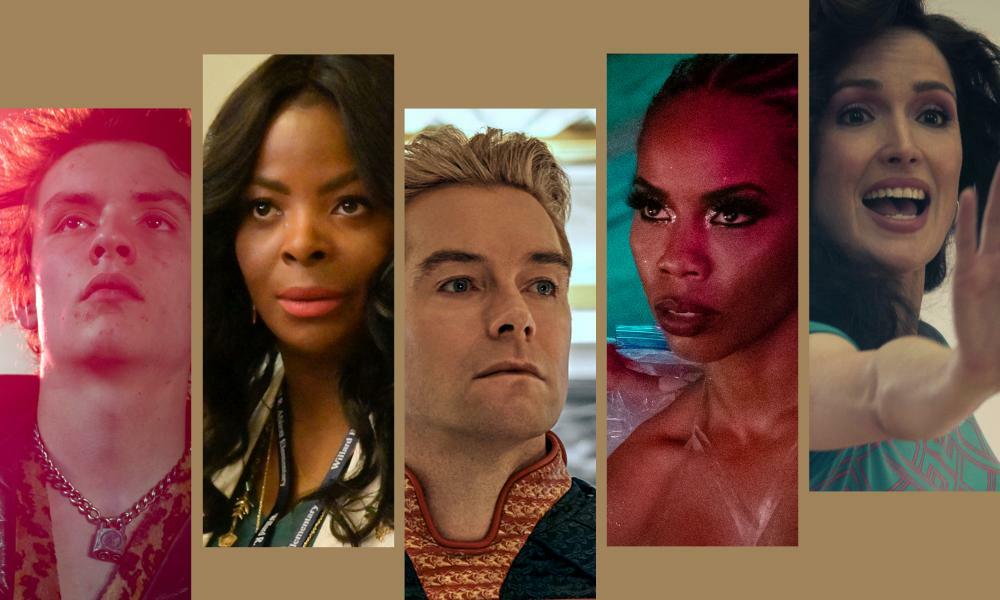 The Guardian - UK
One subscription that gives you access to news from hundreds of sites
New this week: 'Interceptor,' Post Malone and 'Fire Island'

The Independent UK
As Obi Wan Kenobi and Stranger Things drop today, it’s clear Netflix and Disney+ are locked in a battle for the streaming galaxy