What's it like to be on Venus or Pluto? We studied their sand dunes and found some clues

What is it like to be on the surface of Mars or Venus? Or even further afield, such as on Pluto, or Saturn’s moon Titan?

This curiosity has driven advances in space exploration since Sputnik 1 was launched 65 years ago. But we’re only beginning to scratch the surface of what is knowable about other planetary bodies in the Solar System.

Our new study, published today in Nature Astronomy, shows how some unlikely candidates – namely sand dunes – can provide insight into what weather and conditions you might experience if you were standing on a far-off planetary body.

What’s in a grain of sand?

English poet William Blake famously wondered what it means “to see a world in a grain of sand”.

In our research, we took this quite literally. The idea was to use the mere presence of sand dunes to understand what conditions exist on a world’s surface.

For dunes to even exist, there are a pair of “Goldilocks” criteria that must be satisfied. First is a supply of erodible but durable grains. There must also be winds fast enough to make those grains hop across the ground – but not fast enough to carry them high into the atmosphere.

So far, the direct measurement of winds and sediment has only been possible on Earth and Mars. However, we have observed wind-blown sediment features on multiple other bodies (and even comets) by satellite. The very presence of such dunes on these bodies implies the Goldilocks conditions are met.

Our work focused on Venus, Earth, Mars, Titan, Triton (Neptune’s largest moon) and Pluto. Unresolved debates about these bodies have gone on for decades.

How do we square the apparent wind-blown features on Triton’s and Pluto’s surfaces with their thin, tenuous atmospheres? Why do we see such prolific sand and dust activity on Mars, despite measuring winds that seem too weak to sustain it?

And does Venus’s thick and stiflingly hot atmosphere move sand in a similar way to how air or water move on Earth?

Our study offers predictions for the winds required to move sediment on these bodies, and how easily that sediment would break apart in those winds.

We constructed these predictions by piecing together results from a host of other research papers, and testing them against all the experimental data we could get our hands on.

We then applied the theories to each of the six bodies, drawing on telescope and satellite measurements of variables including gravity, atmospheric composition, surface temperature, and the strength of sediments.

Studies before ours have looked at either the wind speed threshold required to move sand, or the strength of various sediment particles. Our work combined these together – looking at how easily particles could break apart in sand-transporting weather on these bodies.

For example, we know Titan’s equator has sand dunes – but we aren’t sure of what sediment encircles the equator. Is it pure organic haze raining down from the atmosphere, or is it mixed with denser ice?

As it turns out, we discovered loose aggregates of organic haze would disintegrate upon collision if they were blown by the winds at Titan’s equator.

This implies Titan’s dunes probably aren’t made of purely organic haze. To build a dune, sediment must be blown around in the wind for a long time (some of Earth’s dune sands are a million years old).

We also found wind speeds would have to be excessively fast on Pluto to transport either methane or nitrogen ice (which is what Pluto’s dune sediments were hypothesised to be). This calls into question whether “dunes” on Pluto’s plain, Sputnik Planitia, are dunes at all.

They may instead be sublimation waves. These are dune-like landforms made from the sublimation of material, instead of sediment erosion (such as those seen on Mars’s north polar cap).

Our results for Mars suggest more dust is generated from wind-blown sand transport on Mars than on Earth. This suggests our models of the Martian atmosphere may not be effectively capturing Mars’s strong “katabatic” winds, which are cold gusts that blow downhill at night.

This study comes at an interesting stage of space exploration.

For Mars, we have a relative abundance of observations; five space agencies are conducting active missions in orbit, or in situ. Studies such as ours help inform the objectives of these missions, and the paths taken by rovers such as Perseverance and Zhurong.

In the outer reaches of the Solar System, Triton has not been observed in detail since the NASA Voyager 2 flyby in 1989. There is currently a mission proposal which, if selected, would have a probe launched in 2031 to study Triton, before annihilating itself by flying into Neptune’s atmosphere.

Missions planned to Venus and Titan in the coming decade will revolutionise our understanding of these two. NASA’s Dragonfly mission, slated to leave Earth in 2027 and arrive on Titan in 2034, will land an uncrewed helicopter on the moon’s dunes.

Pluto was observed during a 2015 flyby by NASA’s ongoing New Horizons mission, but there are no plans to return.

Read more: Jupiter, Saturn, Uranus, Neptune: why our next visit to the giant planets will be so important (and just as difficult) 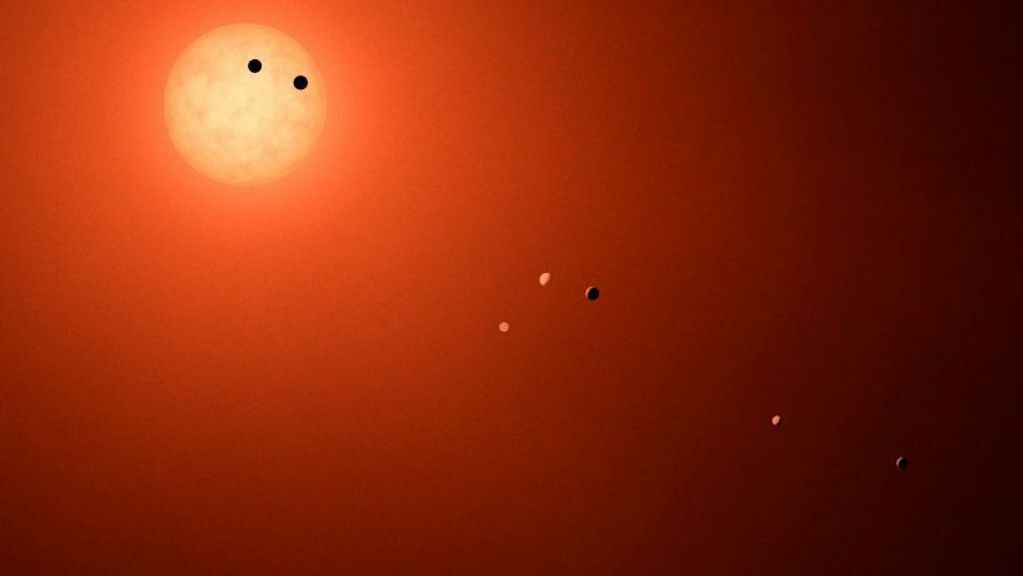 Zenger
From analysis to the latest developments in health, read the most diverse news in one place.
No living, smoking gun in Mars meteorite

An analysis of a 1.3 billion-year-old Martian meteorite suggests that the planet had dried out by then

China and Russia's space agencies are planning a rival to NASA's Lunar Gateway. Here's what you need to know about…