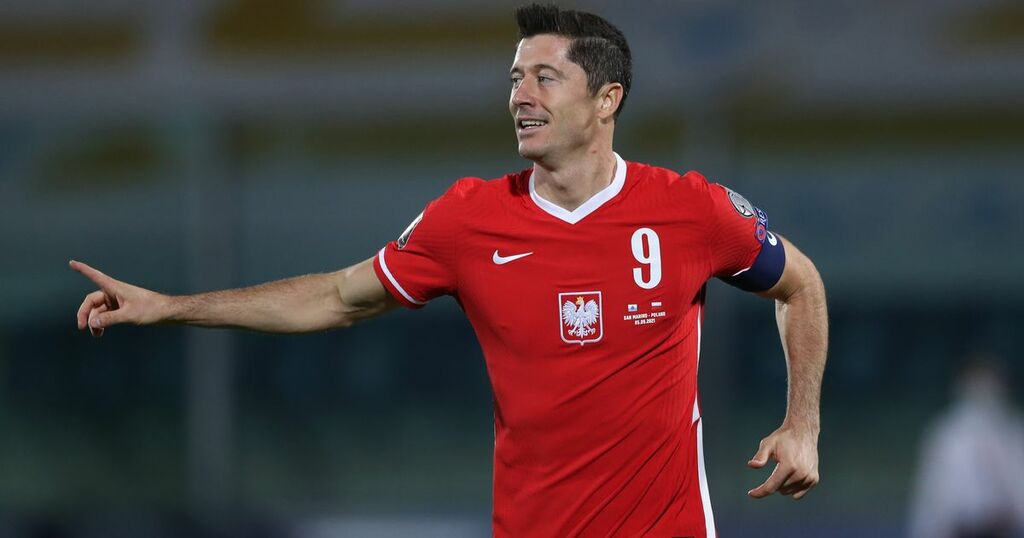 The two strikers, regarded in some quarters as the best number 9s in world football, graced the same pitch on Thursday night as England tackled Poland in a 2022 World Cup qualifier.

The game ended 1-1 in Warsaw, with both forwards having their intervention on the clash.

Tottenham forward Kane opened the scoring as he fired past Wojciech Szczęsny from range for the 41st goal of his international career.

However, Lewandowski would then soon have his say as he produced a teasing cross for Damian Szymański to head home in the 92nd minute to claim a point for the hosts on the evening.

When asked for his assessment of the England frontman following the clash, Lewandowski replied: “Yeah, for sure [I have respect for Kane]. I have for every player respect because I know how good they are and also Harry Kane how many goals he scores.”

Intriguingly, both forwards were under discussion over their futures with employers Tottenham Hotspur and Bayern Munich, respectively, this summer.

Kane initially expressed his desire to depart north London for a new challenge, but instead announced his decision to stay amid a failed move to Manchester City, with a price of £150million seemingly too high.

Meanwhile, Lewandowski’s future in Bavaria was also in doubt having reportedly told Bayern that he wanted to leave but that a deal would not be possible until next summer at the very least. He was nevertheless linked with a move to Chelsea before they confirmed the arrival of Romelu Lukaku.

Back on the pitch, both forwards have started the season in bright form. Kane has two goals to his name after his brace against Pacos de Ferreira in the Europa Conference League playoff.

The Pole, meanwhile, already has seven goals in four games in all competitions for Bayern.

Would you rather have Kane up front... or Lewandowski? Have your say in the comments section.