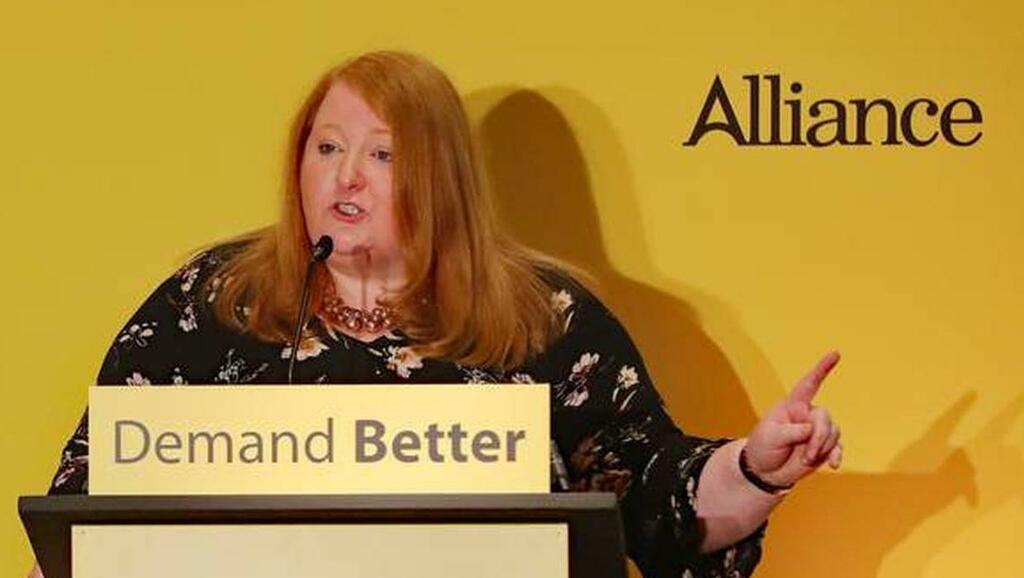 MLAs will hold their first formal sitting at Stormont on Friday

The Guardian - UK
Analysis: NI Assembly silenced but MLAs still sign in to get paid

While there is no functioning Assembly, MLAs will still collect their salaries

Belfast Live
Get all your news in one place
Latest Politics news:

What M23's on-and-off insurgency tells us about DRC's precarious search for peace
Since March 2022, fighting has escalated in eastern Democratic Republic of the Congo (DRC) between the army and the rebel…

On 8 March 2022, Ugandan politics was sent into a spin by 49 words tweeted by President Yoweri Museveni’s only…

The Conversation
Angola's ruling party faces united opposition in upcoming poll. But it's pushing back

The Conversation
From analysis to good news, read the world’s best news in one place
Dennis Atkins: Morrison lost an election he should not have lost. And he still doesn’t get why

The New Daily
Swing when you're winning: how Labor won big in Western Australia

Western Australia’s promise to be the kingmaker on federal election night has finally been delivered.

What now for Northern Ireland as Stormont assembly grinds to halt?

The Democratic Unionist party has chosen not to back the election of a new speaker for the Northern Ireland assembly as members gathered for the first time after last week’s elections.

The move, which leaves the assembly unable to function, marks an escalation after the party previously indicated it would not nominate for the position of deputy first minister because of its hostility to the post-Brexit trading arrangements.

What was supposed to happen on Friday?

Ninety newly elected members of the legislative assembly (MLAs) gathered at Stormont, outside Belfast, on Friday for what was meant to be the first day of business since the election.

Under the terms of the 1998 Good Friday peace agreement, the main nationalist and unionist parties are obliged to share power. Power sharing between the blocs requires both sides to agree on a speaker before electing a cross-community government.

After Sinn Féin emerged in elections as the largest party for the first time, it meant the new first minister would be the party’s leader at Stormont, Michelle O’Neill.

Why is the DUP doing this?

The party has said it will not nominate ministers to form a new executive until its concerns about the Northern Ireland protocol, which sets out post-Brexit trading arrangements for the country, are resolved.

Unionists oppose the treaty because of the extent of the economic barriers it creates between Northern Ireland and the rest of the UK.

The DUP’s leader, Sir Jeffrey Donaldson, said on Friday: “The protocol is a direct challenge to the principles that have underpinned every agreement reached in Northern Ireland over the last 25 years. It erodes the very foundations that devolution has been built upon.”

What has happened at Stormont today?

New MLAs have been signing in. They designate themselves as “nationalist” or “unionist” – an arrangement designed to facilitate cross-community voting on certain key decisions – though members who do not wish to designate as either category are considered to be “others”.

There has continued to be pressure from Sinn Féin and from other parties including the Alliance party, which has become Stormont’s third-largest party for the first time.

What does the DUP refusal to back a speaker mean for Northern Ireland’s governance?

But the situation is worse than anticipated after the DUP had signalled it would in effect stand in the way of the the appointment of a first and deputy first minister in the power-sharing executive.

Northern Ireland is left with a caretaker government. As a result of legislation introduced a few months ago, ministers are still technically in their posts and in charge of portfolios, but they are very limited in what they can do and, for example, cannot take cross-departmental decisions.

Experts warn the situation cannot continue and governance in Northern Ireland will eventually come to a halt as the focus continues to shift to what the UK government will do.

The foreign secretary, Liz Truss, has reiterated her threat to scrap parts of the protocol, which she has described as “the greatest obstacle” to forming a new Northern Ireland executive.

Boris Johnson is expected to give a speech as soon as Monday on the future of the protocol after exchanges between Truss and the European Commission vice-president Maroš Šefčovič, which a UK source described as “tetchy”.

MLAs will hold their first formal sitting at Stormont on Friday

The Guardian - UK
Analysis: NI Assembly silenced but MLAs still sign in to get paid

While there is no functioning Assembly, MLAs will still collect their salaries