What next for Brandon Barker? Rangers forgotten man stews in Ibrox wilderness as big bucks contract nears the end 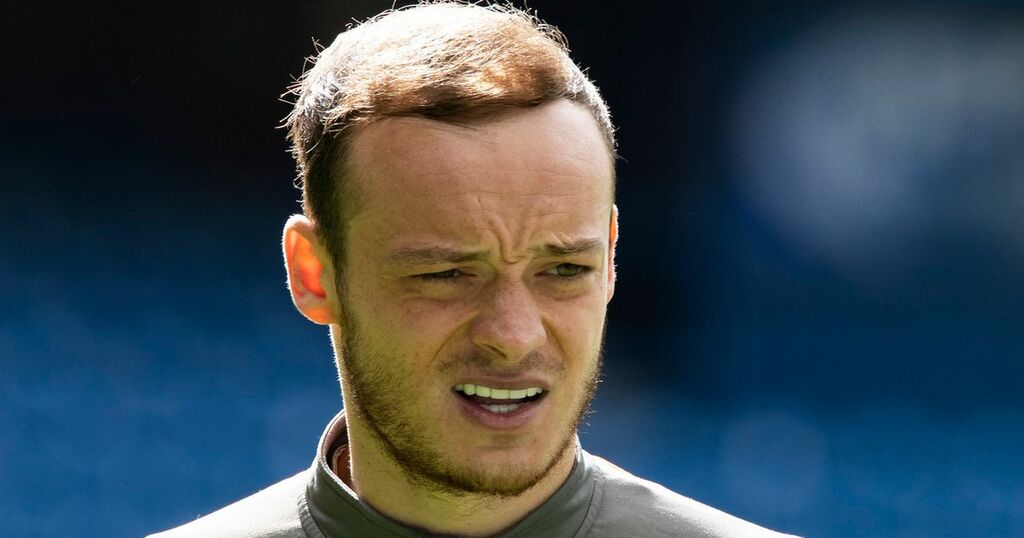 For all the astute signings Rangers have made in recent years, with Ross Wilson heading up their recruitment drive, there were some strange ones under former transfer chief Mark Allen.

The likes of Jake Hastie, Jordan Jones and George Edmundson have come and gone with their impact barely being felt, and you'd be forgiven for forgetting Greg Stewart was ever at Ibrox.

Perhaps the strangest of all though is the case of Brandon Barker.

The winger was signed in the summer of 2019 for a fee believed to be around £300k, having impressed with Hibs after joining from Manchester City on loan.

Since that move though he's made just six Premiership starts and Barker appears to be very much the forgotten man of Ibrox.

Under first Steven Gerrard then Gio van Bronckhorst he's failed to make a single appearance and, incredibly, the 25-year-old has made the bench just once this season.

Barker was an unused substitute against Livingston in the Premier Sports Cup quarter-final but other than that hasn't made a single squad.

It's clear that, like Hastie who looks set to return from his loan spell at Partick Thistle, there is no future for the winger at Rangers.

What does the future hold for Barker though, with clubs offered very little opportunity to see what he can do?

The first thing to note is that the 25-year-old is out of contract in the summer, so is free to negotiate an exit this month.

That may well be a crucial factor, with previous reports stating that the difficulty in offloading Barker had a lot to do with his contract.

Former sporting director Allen is said to have handed the winger a lucrative deal, having known him well from Manchester City.

It's believed Barker is on a deal worth more than £10k per week, a salary far above what any Premiership club could offer.

That would also explain why Rangers were only able to send him out on loan last season, with the wideman making 19 appearances for Oxford United and scoring three goals.

For Wilson and Van Bronckhorst the best hope may well be to convince another club to take on a portion of that salary for the final six months of his contract.

While he's barely played for Rangers, Barker has impressed for Hibs in the Premiership and an ambitious Scottish club could well be convinced to take a punt - particularly if they know they can agree a permanent deal over the course of that spell for no transfer fee.

A return to England would also be an option, and with more money on offer down south it's possible a club could be convinced to part with a fee this month.

The fact remains though that Barker is a player who has made just 44 league starts at the age of 25, and wouldn't command the kind of wage he's on at Ibrox elsewhere.

The Rangers hierarchy have made clear in their actions that there's no future for the winger at the club, and few fans would mourn his departure.

In the end any decision may well come down to how badly Barker, who turns 26 in October, wants to get back on the pitch.