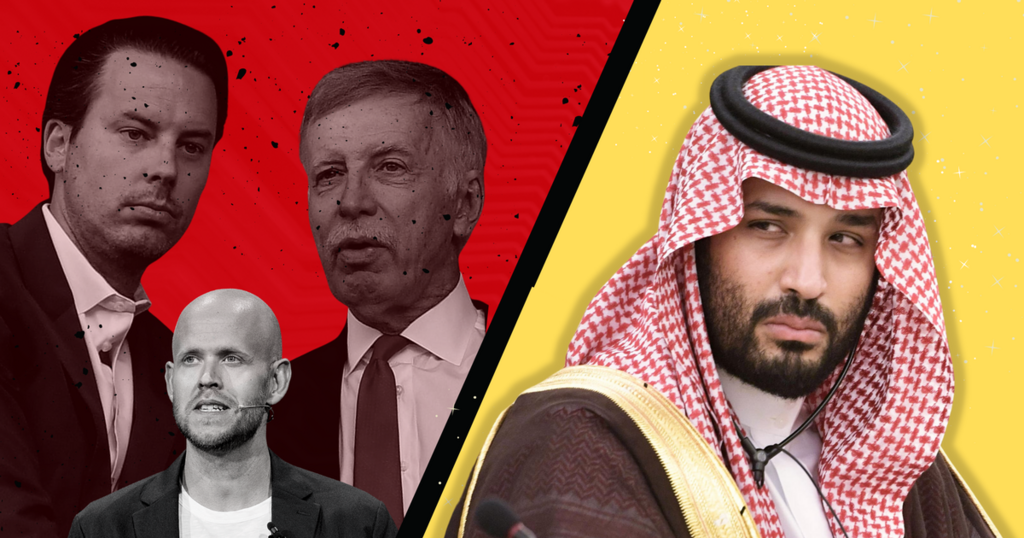 After years of hurt, Newcastle fans have finally got their wish as Mike Ashley's controversial time as owner of the Magpies comes to an end after Saudi Arabia's Public Investment Fund takes control of an 80% stake at the Premier League club.

The takeover, led by a Saudi Arabian consortium, collapsed last year after they rejected the Premier League's offer of settlement over determining who would own the club.

This was followed by the Saudi state having issues with beIN Sports over illegal streaming of Premier League football. However, after productive and successful talks regarding both obstacles, a breakthrough was found.

The deal worth £300 million was finally made official last night.

Newcastle's incoming owners are chaired by Mohammed bin Salman, the crown prince of Saudi Arabia, who is reportedly worth a whopping £320 billion. To give you a bit of context, Man City's Sheikh Mansour has a net worth of £23.2 billion and Roman Abramovich £9.6 billion, whilst Stan Kroenke is valued at £6.8 billion.

So, what does this actually mean for Arsenal? A lot of things potentially, but one of the main concerns supporters have is being overtaken by another Premier League club with a powerful financial advantage.

As a Gooner myself, I have sympathised with Newcastle fans for a very long time. We all know how painful and emotionally exhausting it can be to have an incompetent owner in charge of the club we love. Admittedly, I don't think we've had it as bad as those on Tyneside, but it still hasn't been an overly pleasant journey so far.

I'm happy for the fans, I really am, although I can't help but feel a teeny-weeny bit jealous of what this new step means for them and Newcastle. We have become used to it now, falling behind whilst other teams around us get more financial strength, whether that's through competition or ownership.

That is why Daniel Ek has received so much support, not just from the supporters, but from former players too. Ek is a fan, he knows how much the club means to people, what it stands for and where it deserves to be. It's exactly the same at Newcastle, Mike Ashley has attempted to destroy a rich and successful history of one of the Premier League's greatest clubs, but enough was enough and action was demanded.

Ek announced back in May that his offer to buy Arsenal was rejected after KSE told him "they don't need the money". His takeover bid was strengthened after there were overwhelming calls for the American owners to sell up due to backlash received from the European Super League saga.

Since then things have gone pretty silent. Arsenal spent over £150 million in the summer transfer window and Thierry Henry has claimed he and Ek are "here to stay". How long are they prepared to wait for though? That's the question.

KSE holds all the cards, they don't need to sell, they don't need the money. So can they just actually start caring for once? That would be a start. With potentially another club overtaking us, I want to see more ambition from them than ever before, that shouldn't be difficult if we're being honest.

In light of the recent developments surrounding Newcastle, I spoke to some Arsenal fans and asked them how they see the takeover eventually impacting the Gunners.

"I am fearful that UEFA Champions League football is just going to be virtually impossible for Arsenal going forward. If Newcastle spend that money well, we will have to get practically everything perfect for us to have a chance at the top of the league," explained Met.

Meanwhile, Calum said: "Although we have ourselves to blame for our downfall, the recovery will be even more difficult than it already was if another club has a bottomless pit of resources."

Newcastle won't turn into title contenders overnight. But they will have significant funds to spend as their new owners attempt to challenge some of the league's biggest clubs, both on and off the pitch. And whilst the future remains uncertain, it's safe to say some Arsenal fans have their concerns.

I published a Twitter yesterday morning and asked supporters if they were worried that Arsenal will fall behind even further once's the takeover is complete. The poll closed with a total of 3,247 votes. 47% are worried, 43% are not and 10% don't know.

#AFC | Are you worried that Arsenal will fall behind even further once Newcastle&#39;s takeover is complete?

Whatever happens moving forward, one thing is clear - it's time for the Kroenke's to up their game. There's a new competitor in town.