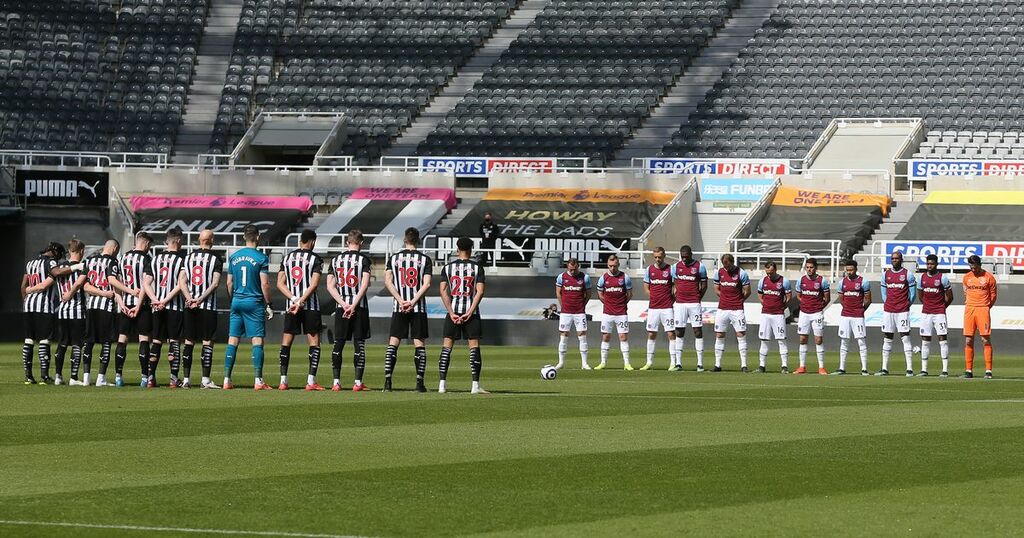 Over the past 18 months, David Moyes has turned West Ham into a Europa League level team who have serious ambitions to push on from their superb 2020/21 season.

The Hammers were just two points off a top-four finish last season with the manager adamant that had it not been for a Declan Rice injury in April his side would be playing Champions League football this campaign.

As it is West Ham are faring well in the Europa League and are currently the bookmakers favourites for the trophy.

The impending Newcastle United takeover will not have an immediate and direct impact upon West Ham but in the long run, it may.

With the club on the brink of a £300 million Saudi Arabian financed deal for the Magpies, Newcastle will almost overnight become one of Europe's richest and most powerful clubs.

The prospective new owners are not buying the club to be content with simply staying in the Premier League, they will want to be challenging at the top table of every competition.

The sovereign wealth fund PIF are behind the deal and are said to be worth £320billion, which makes them roughly 13 times richer than Manchester City's owners and gives an indication of the type of backing the club will receive.

There are Financial Fair Play rules in place that mean an instant spend on an entirely new squad is unlikely but it is almost inconceivable that in time the club will not be transformed into competitors at the top of the table.

This on paper may not look like a direct threat to West Ham but in time it will be. The Hammers' transfer activity has been excellent of late and with new Head of Recruitment Rob Newman finally in place, West Ham are putting in long-term plans to continue their rise.

While West Ham will not be able to compete with Newcastle's newfound spending power, simply adding another club to the mix at the top of the table will make the Hammers' job all the harder to remain competitive when it comes to regular European football.

Last season West Ham finished above Arsenal and Tottenham to secure a Europa League spot. The Hammers also ended the campaign higher than clubs with similar spending power when it comes to wages and transfer fees in Everton and Aston Villa.

In recent transfer windows West Ham have excelled and during the summer their recruitment was again successful with a quartet of international players arriving.

Realistically of the four who arrived maybe only Alex Kral would have joined were West Ham not in European football. Certainly, recent Champions League winner Kurt Zouma would have had second thoughts with the former Chelsea defender citing European football as one of the key reasons he joined the Hammers.

Whilst Newcastle's impending influx of cash will not immediately make a huge difference to West Ham the long-term consequences will make the Hammers' fight for regular European football that much harder.

Moyes has never shied away from a challenge but they do not come much bigger than competing with a sovereign wealth fund.